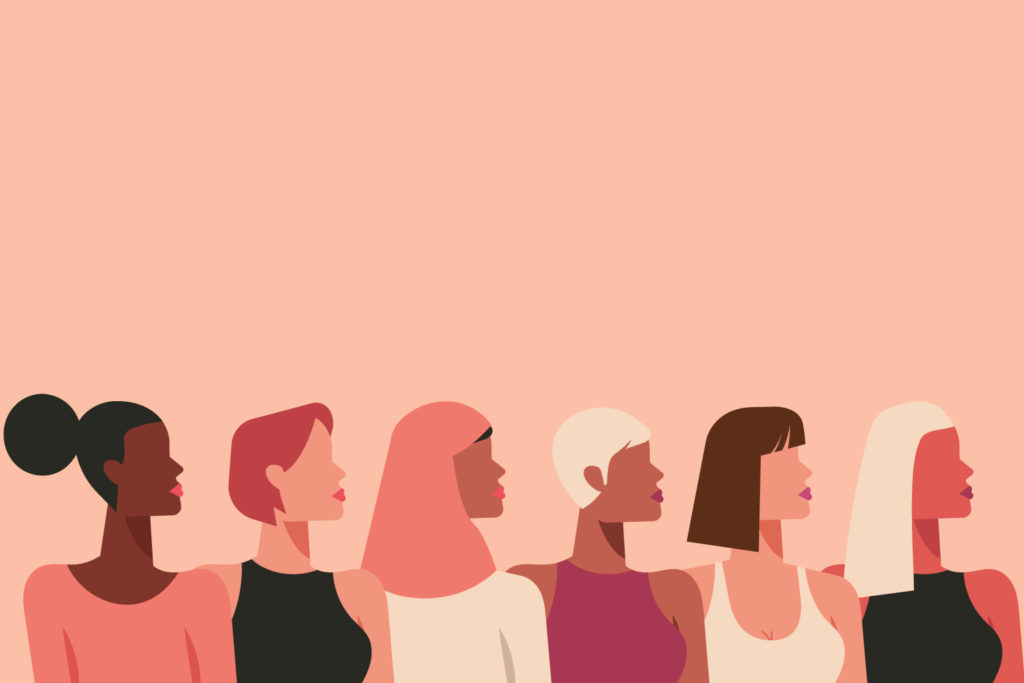 First celebrated in 1981 as a national celebration of women’s achievements and contributions to events throughout history, Women’s History Month was officially recognized in March 1987 by the U.S. Congress. It has since spread internationally.

Based on Billions of Words on the Internet, “People = Men”

By “people” do you actually mean men? Bailey and colleagues used tools from computational linguistics to show that words for “people” have meanings that are more synonymous or relevant to words for men than for women. The researchers also found a striking asymmetry for gender stereotypes consistent with “people = men.”

Asked how this research is influencing her current work, Bailey pointed to ongoing research “taking an intersectional approach to follow up on our finding that the concept of a ‘person’ is conflated with ‘men’ more than ‘women.’ We are using word embeddings to test intersectional race/gender biases in the collective concept of a ‘person’ as well as race-based biases about the gender concepts of ‘women’ and ‘men,’” Bailey said. “We hope this intersectional research informs how the ‘people = men’ bias may differ (or be similar) across different race and ethnicities.”

This research is now available at Science Advances. View the preprint here.

What is a Slut? Implicit Association Test Findings Support Both Behavior- and Appearance-Based Definitions

As progressive movements fight to reclaim the term, Robinson said future research should “include the investigation of depicting slut as a positive trait” while also measuring the implicit shame that is associated with it.

See more Flash Talks—and submit your own for consideration—at the 2022 APS Annual Convention, May 26–29 in Chicago. Registration links and more at psychologicalscience.org/convention2022.

Perceptions of Women Who Confront Hostile and Benevolent Sexism

“This research contributed to our understanding of the risks associated with confronting different types of sexism in a social media context,” Schiralli said. In a follow-up study, she explained, the researchers investigated how these confrontations are viewed on dating apps to determine how “confrontations of different sexism types are perceived across online spaces.”

Eareckson and Heilman proposed that considering behavior valence can help resolve conflicting evidence of reactions to gender-atypical behaviors in the workplace. Across five studies, the researchers found support for this idea. Their results suggested that individuals may be penalized for engaging in negative counter-stereotypic behavior and rewarded for engaging in positive counter-stereotypic behavior.

Although some behaviors may be desirable in similar ways for men and women, Eareckson noted that penalties might sometimes exist for individuals who engage in “positive and desirable counter-stereotypical behaviors—because these behaviors may imply negative traits which are undesirable and unexpected.” The researcher said she is currently studying the “expectedness and desirability of gender stereotypes across different organization domains” in hopes of determining whether the patterns remain consistent across different job roles and requirements.

Wetzler and Korenman’s study addressed the role of hostile sexism, a negative view against someone who violates traditional gender roles, and benevolent sexism, the encouragement to follow traditional gender roles through praise, in male cadets’ ratings of leadership potential for individuals with both masculine and feminine facial features. In this context, the researchers found that having features considered masculine hurt rather than helped women’s leadership ratings and that high hostile sexism among some male participants was associated with polarized ratings. Although the male cadets favored masculine men, they rejected masculine women.