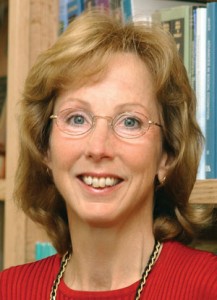 Susan K. Nolen-Hoeksema died following heart surgery early in 2013, leaving behind a legacy of groundbreaking research on mood disorders. She was recognized internationally for her work on how people regulate their feelings and emotions. She showed that certain thinking patterns can make people vulnerable to emotional problems like depression, and can slow their recovery from them.

Nolen-Hoeksema pioneered research on rumination, and how it interferes with people’s ability to solve problems and obtain help from others.

She shaped psychology’s perspective on gender differences in depression, with a specific focus on the reasons women are more likely to develop depression than men. Her studies also uncovered the emergence of gender differences for depression in early adolescence. More recently, she demonstrated that rumination is also a risk factor for substance abuse and eating disorders.

With her lab group, Nolen-Hoeksema developed a school-based intervention to teach adaptive emotion-regulation skills to adolescent girls prone to rumination. Her research group is currently implementing this intervention in a large sample of at-risk girls, with the hope of preventing increases in symptoms of depression, anxiety, substance misuse, eating disorders, and self-harm.

As the field mourns the loss of this extraordinary person, the discoveries she made leave us with a better understanding of the roots of depression, and how it can be managed.