Observer > 2018 > April > Who Is That? The Study of Anonymity and Behavior 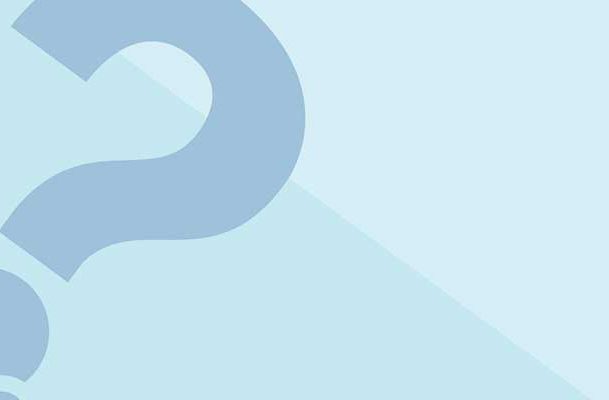 In 1969, APS Fellow Philip Zimbardo of Stanford University dressed female students in lab coats, some plain with identity-concealing hoods, and some with name tags and no hoods. He told the students to give an electric shock to a confederate. The hooded participants were twice as likely to comply.

Zimbardo’s study was a formative piece of a rich body of research showing a link between anonymity and abusive behavior. Scientists have found a tendency for many people to act rudely, aggressively, or illegally when their faces and names are hidden.

More recent studies, however, have identified the positive features of anonymity, including digital interactions that might be overlooked in the midst of the attention that “trolls” and hackers receive. Just like face-to-face gatherings in support groups like Alcoholics Anonymous, the Internet has offered people a chance to self-disclose and offer support without showing their faces or giving out their real names.

Behavioral studies on the role anonymity plays in online interactions have yielded mixed results. Overall, researchers have found that anonymity can reveal personality traits that face-to-face interactions may hide, but that it also allows strong group rules and values to guide individual behavior.

In 1981, social psychologist Leon Mann demonstrated how being in a crowd can lead people to behave not only offensively, but violently. Mann studied newspapers from 1964 through 1979 to examine reports of apparent suicide attempts — specifically cases where someone threatened to jump off a tall building, bridge, or tower. Mann narrowed the reports to 21 instances that included crowds at the scene and found that in 10 of the cases, people encouraged the suicidal person to jump, and in three of the instances actually jeered when rescuers prevented the death. Mann found one instance in which the crowd screamed obscenities and threw stones and debris at the rescue squad. Factors such as the crowd’s physical distance from the potential jumper (enabling their jeers to be heard but leaving faces impossible to identify) and the cover of darkness made the onlookers feel anonymous in ways that wouldn’t arise in different types of crowd settings.

This phenomenon can also play out on crowded city streets and highways. Psychological scientist Patricia Ellison-Potter of the US National Highway Traffic Safety Administration, for example, has demonstrated in driving simulation experiments that people are more likely to drive aggressively when they are less visible (e.g., when driving in a car with tinted windows) than when they can be seen by other drivers (e.g., driving an open-top convertible).

Such group behavior is alive and well on the web. 4chan is often considered the putrid basement of the Internet, serving as a hub of racist, sexist, homophobic, grotesque images and text. 4chan’s mostly anonymous users are known for trying to one-up each other, disgust and “troll” new users, and show that they have the lowest threshold for decency. They have conspired to harass the parents of a teen who killed himself and to flood epilepsy message boards with images that flashed suddenly and included patterns intended to induce seizures. While the site originally operated without moderation or any policing, 4chan site operators had step in to block child pornography from being distributed on the site.

A 2012 study from Marek Palasinski at the University of Lancaster in the United Kingdom tested males observing a mock chatroom that they were led to believe was real. The men were less likely to intervene after seeing an “older male” ask a “minor female” for personal details and nude photographs when a chatroom was composed of strangers rather than acquaintances, and in a room with many other users rather than just a few.

In a revealing 2001 study, Dutch social psychologist Tom Postmes and colleagues found support for the idea that behavior is shaped by the social identity of the group. Groups were asked to brainstorm solutions for a hospital having trouble meeting the needs of patients. Some anonymous groups were unknowingly primed with efficiency ideas, and they came up with efficient solutions for the hospital. When primed with friendly, positive, and helpful ideas, other groups came up with patient-oriented solutions. When the groups were not anonymous, this priming effect disappeared. Turns out, the room you’re in can matter a lot.

In 2016, Postmes joined a team of psychological scientists, including APS Fellow Russell Spears (University of Groningen), in writing a short letter on the topic of anonymous groups for the journal Behavioral and Brain Sciences. In their conclusion, they wrote, “a rounded survey of the evidence shows that the problems of ‘bad’ groups do not lie in a generic “bad” group psychology but rather in specific “bad” group norms. Violent groups normatively validate violent action. Conformist groups normatively invalidate critical comment.”

These authors also offer a prescription: “The solution to problematic behavior of crowds and groups is to challenge and change toxic group norms.” Fixing the problem of online aggression, then, may be a matter of figuring out how to mold the norms of a given environment.

In a 2011 Perspectives on Psychological Science article, Jacob Hirsch, APS Fellow Adam Galinsky, and Chen-Bo Zhong write that people in anonymous settings tend to act on their natural disposition. Everyone can feel a sense of anonymity in a crowd, they say, but research suggests the aggressive individuals are the ones most likely to escalate violence.

Similarly, among Finnish spectators surveyed at a hockey game in 1997, individuals who self-reported that they would be more likely to break up a fight in the stands had lower measures of personality aggression than those who report they would not intervene.

Social cues, however, may also shape an anonymous person’s behavior. In 2016, psychological scientists Adam Zimmerman of Florida International University and Gabriel Ybarra of the University of North Florida studied aggression in players of an unwinnable game. “Social modeling” was shown to have a large effect on their behavior. Anonymous participants responded more aggressively when they witnessed examples of aggression, and less so when they did not.

It doesn’t take the protection of a group to unleash the nasty nature of anonymity. A 2016 study led by Christopher Bartlett of Gettysburg College surveyed college students and found that over the course of an academic year, people who felt that their identity was concealed online were more likely to report engaging in cyberbullying behavior and holding positive attitudes toward cyberbullying (e.g. “It’s okay if someone deserves it.”).

In Zimmerman’s aforementioned 2016 study of player aggression, participants wrote about their experience playing the unwinnable game, and those with anonymous partners wrote more aggressively about those partners and rated themselves as being more tempted to humiliate or slap their partners on a survey compared to non-anonymous participants.

“It’s very easy to take this shadowy image of this other person online and start using that to create this internal dialogue where you unleash all your stuff on this other person,” says John Suler, a professor of clinical psychology at Rider University.

Suler, a pioneer in the field of cyberpsychology, published The Psychology of Cyberspace, a widely-used textbook on the psychology of the Internet, in 2001. He followed that book up in 2016 with Psychology in the Digital Age, which focuses on improving well-being in the context of our computer-centric lives.

When researchers have dug into the source of toxic behavior on the Internet, they have found it may not be anonymity itself, but the degree of obscurity, that influences an individual’s conduct. In 2012, psychological science researchers in Israel found that partners communicating by computer exhibited high rates of verbal aggression, what they called “flaming,” in many anonymous or semianonymous conditions. When they were completely anonymous in a computer chat, when they used their real names, and when they could see each other’s bodies from the side, verbal aggression was high, but not when a video put the two partners in eye contact. This suggests that eye contact may mark a major factor that separates aggression and cordiality — even when two strangers are locking eyes on screen.

While anonymity may make it easy for people to act antagonistically, unprofessionally, or unethically, research has shown it can also make people unusually forthcoming and helpful. A 2010 study by University of Toronto researchers Vanessa Bohns and Zhong found that, in dark rooms versus bright ones, people were more likely to point out that strangers’ pant zippers were undone or that they had food in their teeth, saving the strangers from possible embarrassment.

Sharing personal information and divulging secrets more frequently than in face-to-face communication is one of the most consistent findings of anonymity studies. Experiments and longitudinal studies in teens show that relationships started and maintained online are as stable and deep as relationships offline and that instant messaging and other communication technologies help people maintain relationships.

Clinical psychologist Sara Erreygers of the University of Antwerp in Belgium led a 2017 study looking at patterns of behavior in over 2,000 adolescents. She and her colleagues followed a cohort of 13-year-olds and found that being a cyberbully or being bullied doesn’t reliably predict future bullying behavior, but positive behavior does have a “positive spiral” effect. Good deeds online beget future good deeds.

And this benign behavior isn’t limited to completely anonymous contexts. A study in Switzerland found that sharing and self-disclosure about self-harm, depression, death of a parent, bisexuality, and other sensitive topics were high on YouTube video blogs, where users are not face-to-face, but are visually identifiable and occasionally use their real names.

Suler finds some paradox in such findings.

“On one hand, you feel protected and safe because your identity is unknown to the other person,” he says, “but then you want to reveal all sorts of intimate things about yourself.”

This type of Internet behavior doesn’t seem to depend on the same aspects of communication as toxic online behavior does. The same researchers who tested which aspects of computer communication cause rude behavior ran a similar study on benign ones. They found that eye contact, which was a key variable in determining “flaming” online, wasn’t the lynchpin for disclosure and prosocial behavior. 

Observer > 2018 > April > Who Is That? The Study of Anonymity and Behavior

Interesting subject. I find it intriguing that behavior online can be affected by simple things like eye-contact.

As a PhD student I learned that the online behaviors and eye-contact may have more association with the exchange of stimulus in addition to the behavior and eye contact, perhaps negative valence over positive valence

Antisocial behavior is a construct in clinical psychological science that encompasses many different behaviors and diagnoses. Behaviors as common as cheating, lying, and use of illicit substances are considered antisocial, as are aggression, theft, and violence. When such behaviors become chronic, they are viewed as pathological and can lead to More