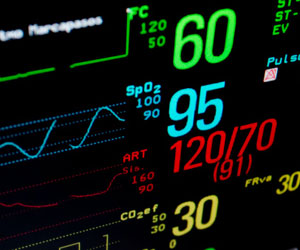 As researcher Matthew Pase and colleagues note in a new article in Psychological Science, “the importance of vascular risk factors in the development of cognitive decline and dementia is becoming increasingly apparent, with the brain recently having been conceptualized as an end organ of vascular disease.”

But blood is actually delivered to the brain through large central arteries, the aorta and carotids, not brachial arteries. As such, Pase and colleagues wondered whether blood pressure measured from these more central arteries may be more relevant for the study of cognitive function.

The researchers had participants complete several cognitive tasks, and they also measured the participants’ brachial and central blood pressure.

These results suggest that central blood pressure may be a more useful and predictive measure when examining age-related cognitive decline and dementia.

“This is especially pertinent given that central pressures can be reduced with existing pharmacological interventions, possibly lessening the risk for cognitive decline,” the researchers conclude.