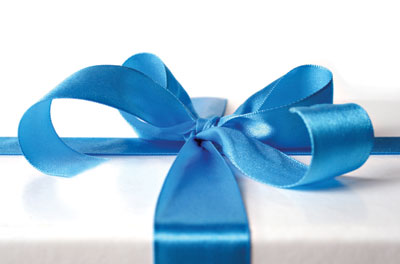 It’s the time of year to give — whether you’re giving gifts to friends and family, donating to complete strangers, or giving yourself a break. The nature of giving is a rich topic for psychological scientists. Over the last year, several researchers have published new insights into how and why we give in Psychological Science.

Thinking About Giving, Not Receiving, Motivates People to Help Others

Stressed for the Holidays? Giving Time Can Give You Time

The Gifts That Keep on Giving

Thinking About Giving, Not Receiving, Motivates People to Help Others

We’re often told to “count our blessings” and be grateful for what we have. Research shows that doing so makes us happier, but will it actually change our behavior toward others?

Grant and Dutton wanted to understand how reflection, in the form of expressive writing, might influence prosocial behavior. They observed that when we reflect on what we’ve received from another person, we might feel an obligation to help that person, but the motivation to help doesn’t necessarily extend to other people. In addition, reflecting on what we’ve received from others may even cause us to feel dependent and indebted.

In their first experiment, the researchers studied fundraisers whose job was to solicit alumni donations to support various programs at a university. The researchers randomly split the fundraisers into two groups: One group wrote journal entries about recent experiences of feeling grateful for receiving a benefit, and the other group wrote journal entries about recent experiences in which they made a contribution that enabled other people to feel grateful.

Overall, 26 percent of the participants donated some amount of money. Similar to the results of the first experiment, participants who reflected on giving were significantly more likely to donate (46.15 percent) than were those in either the beneficiary (21.43 percent) or control conditions (13.33 percent).

Grant and Dutton believe that the findings from these two experiments have important real-world implications. “Helping, giving, volunteering, and other actions undertaken to benefit others play a critical role in protecting health, promoting education, fighting poverty and hunger, and providing disaster relief,” the researchers write.

This new research suggests that self-reflection about giving can be a powerful tool for motivating helping and volunteering behaviors that benefit individuals and communities. When we reflect on positive experiences, it may be worthwhile to think about what we’ve given to others, rather than on what we’ve received.

Stressed for the Holidays? Giving Time Can Give You Time

Many people these days feel a sense of “time famine” — never having enough minutes and hours to do everything. We all know that our objective amount of time can’t be increased (there are only 24 hours in a day), but one study suggests that volunteering our limited time — giving it away — may actually increase our sense of unhurried leisure.

Lead researcher Cassie Mogilner of The Wharton School of the University of Pennsylvania believes this is because giving away time boosts one’s sense of personal competence and efficiency and that this in turn stretches out time in our minds. Ultimately, giving time makes people more willing to commit to future engagements despite their busy schedules.

The Gifts That Keep on Giving

So who can blame someone for doing a little recycling, or “regifting,” as it is commonly known? Not the person who actually gave the original gift, despite what a regifter may think.

Psychological scientists Gabrielle S. Adams of London Business School, Francis J. Flynn of Stanford Graduate School of Business, and Michael I. Norton of Harvard Business School explored the whole question of regifting from the perspective of both the original giver and the receiver who may or may not rewrap and regift.

In five studies, the researchers investigated whether the practice of “regifting,” which is a social taboo, really is as offensive to givers as regifters assume. Over and over again, participants who had received gifts and were told to contemplate regifting thought that the original givers would be more offended than givers reported feeling.

“Regifting isn’t bad,” said Adams. “In fact, it is one way to ensure that gifts are passed along to those who will truly enjoy them. People shouldn’t be afraid to pass along a gift they received to someone else.”

It all boils down to beliefs about entitlement, researchers say. Receivers feel that givers should have a say in what happens to their gifts, whereas givers feel that receivers are entitled to do whatever they like with a gift.