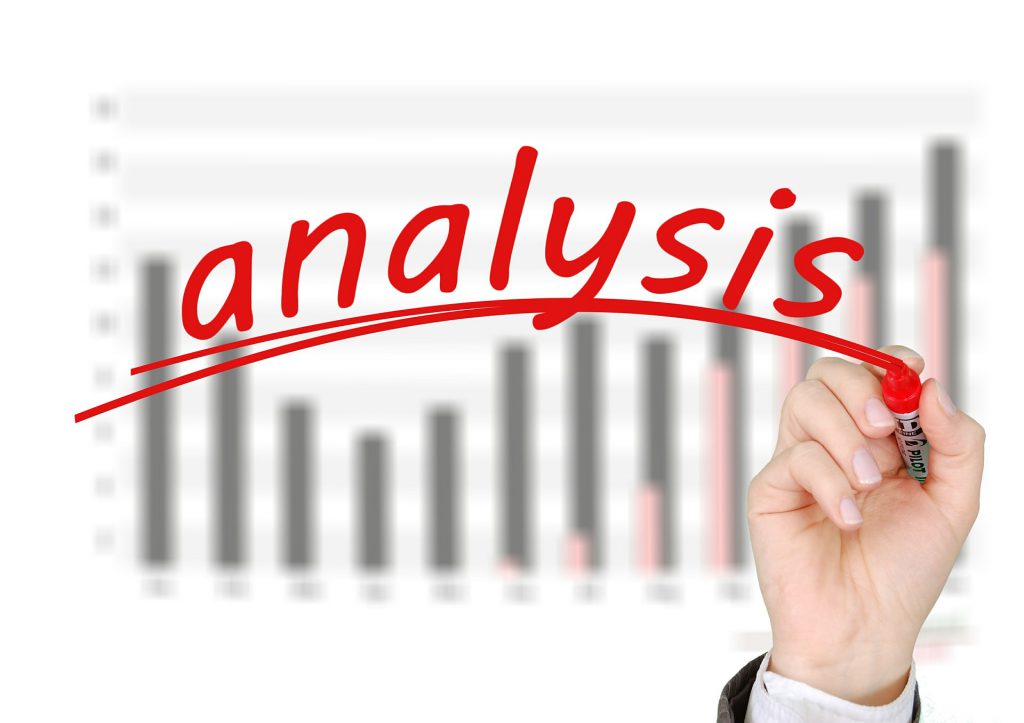 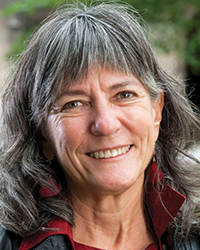 APS is launching a new journal, Advances in Methodologies and Practices in Psychological Science. One goal of the journal is to make methodological advances in psychology and neighboring disciplines accessible to researchers across all areas of psychological science so that each area does not have to reinvent the wheel. In that spirit, I asked Steve Raudenbush and Guanglei Hong, two of my collaborators and colleagues at the University of Chicago, to take a look at three scenarios that psychological researchers typically treat using path analysis. Although superficially similar, the scenarios differ at the core. Acknowledging these differences has led to new statistical techniques — techniques that we hope will find their way into all areas of psychological science.

We use this column to highlight three cases of mediation, which seem, on the surface, to call for the same kind of statistical treatment: path analysis (see Figure on p. 6), which was invented by Wright (1934), elaborated by Duncan (1966), and developed for psychology by Baron and Kenny (1986). New thinking about causation suggests that these three problems are not the same. Explaining why points to new methods for tackling problems of mediation.

To understand what is and what is not a causal variable, we have to think about potential outcomes that could counterfactually be achieved under alternative courses of action. Our data provide no information on how children of parents with low education would fare if they had counterfactually been assigned to highly educated parents unless we study adoptions or a special intervention that raises parents’ education levels. If neither adoption nor an intervention that educates parents is a focus of interest, the relationships involving parent education are questions of association, not causation.

The hurdle in answering Question 1, then, is nailing down the causal effect of bedtime reading. Without random assignment of children to the bedtime reading condition, the challenge arises from confounding — even among parents at the same education level, those who read to their children and those who do not may differ in other ways that predict reading achievement. Therefore, measuring and controlling the relevant confounding variables becomes essential. But if we can nail down the causal effect of bedtime reading, we can then simply estimate how much of the association between parent education and reading is explained by access to the causal agent, bedtime reading (Baron & Kenny, 1986).

Case 2: Does decreasing exposure to violence (M) mediate the relation between moving to an affluent neighborhood (Z) and maternal depression (Y)? Case 2 differs from Case 1 because it involves two causal variables. Z is causal because one might or might not move to a new neighborhood. M is causal because one might or might not be exposed to high levels of violence. Exposure to violence at least partially mediates the impact that moving to an affluent neighborhood has on depression if moving reduces the risk of exposure and if exposure affects depression. In path analysis, by regressing M on Z and regressing Y on M and Z, we obtain an estimate of ab as the indirect effect and c as the direct effect (see Figure). 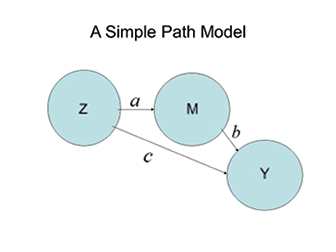 This idea cannot be tested via regression but can be tested through principal stratification (Frangakis & Rubin, 2002). We might classify participants into three principal strata — one for those whose cognitive skill would increase a great deal if they attend college, a second for those whose skill would not increase much even as a result of attending college, and a third for those whose skill would increase even without attending college. If we find that college attendance strongly increases the earnings of persons in the second and third strata, that evidence will falsify the claim that college attendance improves earnings solely by increasing cognitive skill.

But unless we have a crystal ball, we can’t know a priori which stratum to put a person in. Nevertheless, by collecting pretreatment variables that predict college attendance and cognitive skill, we may be able to identify causal effects within each stratum (see Gallop et al., 2009; Page, 2012; commentaries in the same issue; Rubin, 2004). This approach does not constitute a full mediation analysis, but it does put some strong claims of mediation to an important test.

Stephen Raudenbush is the Lewis-Sebring Distinguished Service Professor in the Department of Sociology at the University of Chicago. He employs quantitative methods to examine the development of children and adolescents within social settings such as families, neighborhoods, and schools. Raudenbush is a member of the American Academy of Arts and Sciences and the National Academy of Sciences. He can be contacted via apsobserver@psychologicalscience.org.
Guanglei Hong is Associate Professor in the Department of Comparative Human Development at the University of Chicago. Hong’s research focuses on developing and applying causal inference theories and methods for evaluating social and educational policies and programs and for investigating causal mediation mechanisms. She is the author of the 2015 book Causality in a Social World: Moderation, Mediation, and Spill-Over. She can be contacted via apsobserver@psychologicalscience.org.