Observer > 2012 > July/August > The Power of Agreeableness 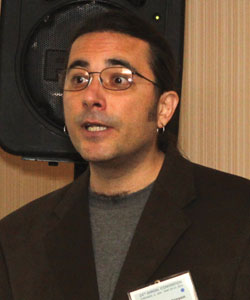 The difference seems to be that agreeable people recruit positive, pro-social thoughts in hostile contexts. Their positive thoughts allow them to regulate hostility before it gets out of hand.

This self-regulation makes agreeable people remarkably good at keeping their cool. In one experiment, Robinson’s team primed participants with hostile thoughts and then asked them to perform a task that required a great deal of motor control. The scientists were shocked that hostile primes actually seemed to make agreeable people better at the motor control task. “If you look at the cognitive literature,” Robinson said, “hostile thoughts should only promote dysregulation.”

Preliminary results also indicate that hot-tempered individuals may learn to benefit from self-regulation. In the lab, Robinson and his colleagues found that participants who were trained to replace hostile words like hit and murder with helpful words like admire and forgive were less likely to punish an imaginary opponent with irritating noise blasts. Nice guys, it turns out, can teach the rest of us some important lessons about managing our emotions.

Observer > 2012 > July/August > The Power of Agreeableness