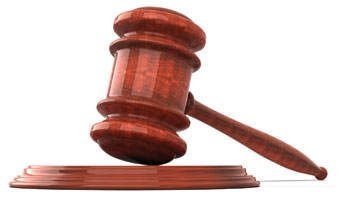 Ever since the celebrated submissions to the US Supreme Court regarding segregated education, psychological scientists have made important contributions to legal decision making and public policy development. Recently, psychological scientists have been key witnesses in federal and state courts that are considering challenges to laws restricting the rights of gay and lesbian Americans to raise, foster, and adopt children as well as their rights to have their relationships recognized as marriages.

I became involved in such litigation more than a decade ago, when the American Civil Liberties Union (ACLU) asked me to testify in a case challenging Florida regulations prohibiting gay and lesbian adults from adopting children. The prohibition appeared indefensible from a scientific perspective: There was no evidence that gay and lesbian adults were any less likely to take care of children appropriately and lovingly, but I never had the opportunity to explain the research because a federal judge upheld the prohibition without a trial.

A few years later, however, the ACLU managed to get hearings in both Florida and Arkansas courts challenging these restrictive practices. In both cases, I testified at length about the voluminous body of evidence documenting the factors affecting children’s well-being and adjustment. Specifically, numerous psychological scientists (and other social and behavioral scientists) have shown how the quality of parent–child relationships, the quality of the relationship between the parents (or between parents and other significant figures in their lives), and the adequacy of their economic and social resources are crucially important factors in shaping children’s development. There was no theoretical reason to predict that the parents’ sexual orientation was important, and the research on children raised by gay/lesbian parents has consistently shown that such children are just as likely to be well-adjusted as children raised by heterosexual parents.

In both of these early cases, opposing testimony was provided by a clinical psychologist whose credibility was undermined (according to the judges) by an evident religious and ideological bias. Such biases are hardly surprising. With the absence of evidence that adoption by gay/lesbian parents places children at any risk and compelling reasons to believe that many children will remain in state care if not adopted by willing gay/lesbian parents, it is clear that the regulations can only be explained by prejudice. Whereas the Supreme Court of Florida let the lower court ruling stand, thereby overturning the statewide ban, the Arkansas decision prompted changes to the state law that were challenged anew. After a further round of legal maneuvering (and further statements and depositions on my part), the new law was invalidated and Arkansas too began allowing gay and lesbian couples to take care of young children desperately in need of homes and loving caretakers.

By this time, of course, the focus had shifted back to federal courts around the country. Much of the recent litigation has focused on the ways in which the relationships between gay and lesbian adults are legally recognized. While many challenges to laws denying gays and lesbians the right to marry make reference to the literature on factors affecting children’s adjustment, a much broader range of issues has to be addressed. In the most high-profile case to date, a challenge to California’s ban on same-sex marriage, testimony came from historians who chronicled the history of discrimination, sociologists who described the changing cultural landscape, political scientists, and three psychological scientists: APS Fellow Greg Herek (University of California, Davis) discussed the nature and effects of discrimination against gay and lesbian individuals; APS Fellow Letitia Peplau (University of California, Los Angeles) discussed research on the intimate relationships between same-sex adults; and I talked about the factors affecting children’s adjustment, again underscoring that children raised by gay and lesbian parents are just as likely to be well-adjusted as those with heterosexual parents.

Prior to trial, supporters of the ban on same-sex marriage also identified a number of witnesses, all of whom submitted written declarations about which they were deposed (i.e., questioned under oath). Lawyers defending the marriage ban called only two witnesses — a social commentator and a political scientist — and the court ruled decisively in favor of overturning the ban on gay/lesbian marriage. That decision was upheld on February 7, 2012, by the US Court of Appeals for the Ninth Circuit, setting up a likely appeal to the Supreme Court.

By the time that case reaches the Supreme Court, however, it may have considerable company. Federal courts around the United States have been hearing challenges to the Defense of Marriage Act (DOMA) of 1996. DOMA denies federal benefits and protections to same-sex partnerships that are otherwise available to married heterosexual couples, even when the same-sex couples are legally married in states where same-sex marriage is permitted. Typically, challenges to federal law would be defended by the Justice Department, but the Obama administration has refused to defend DOMA, so Congress has funded the Bipartisan Legal Advisory Group (BLAG) to do so instead. Again, expert witnesses are playing a central role in these cases; I have been involved in several cases that touch on children’s well-being. As in the case of Perry v. Schwarzenegger (the California marriage case), several appellate court affirmations of lower court decisions striking down elements of DOMA have already been appealed to the Supreme Court. Thus, at some point in the not-too-distant future, the US Supreme Court will again be making a decision about an issue that has been the focus of considerable psychological science research. In Brown v. Board of Education nearly 60 years ago, the body of research was small, but by all accounts, it powerfully swayed the court’s decision. In the gay marriage cases, by contrast, the evidence is extensive and the conclusions are overwhelming. It remains to be seen whether the evidence again plays a decisive role.

Michael Lamb is an APS James McKeen Cattell Fellow  and professor and head of the division of social and developmental psychology at the University of Cambridge. A recent article summarizing the research of factors affecting children’s adjustment that he presented at relevant trials appears in www.tandfonline.com/doi/abs/10.1080/10888691.2012.667344. Lamb can be contacted at mel37@cam.ac.uk.