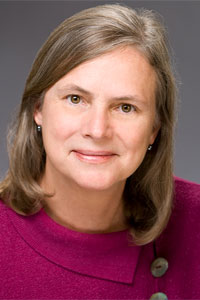 “Memory is essential for making music meaningful,” says Carol Lynne Krumhansl, Professor of Psychology at Cornell University. “Musical emotion is considered to occur in
moments when our expectations are violated, with the resolution delayed in artful ways. This creates waves of tension and relaxation that depend on our knowledge of musical structure acquired through past listenings.”

Krumhansl has suggested that the ability to recognize and predict musical patterns may follow universal principles and that the brain is surprisingly sensitive to musical regularities in unfamiliar cultural contexts.

In a recent study of musical memory, Krumhansl played very short clips from popular songs recorded after 1960. Based on a clip that was only 400 ms long, university students were able to identify the artist and the song more than 25% of the time.

Even when the students didn’t recognize a song from clips reduced to 300 ms, they were able to determine some information about style and emotional substance, as well as the decade the song was released.

The results of this study, which were published in Music Perception last year, suggest that humans have a remarkable ability to recognize and recall details about music based on very limited information. “This is extraordinary if you consider how little information is contained in these very brief moments,” Krumhansl says.