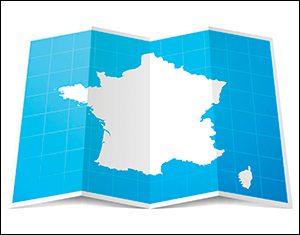 The Société Française de Psychologie has been undertaking initiatives emphasizing a dialogue between the scientific community and practitioners of psychology. The Observer recently interviewed the Society’s leadership about its history and its activities.

What is SFP’s mission?

Our main objective is to promote the research and practice of psychology with respect to scientific and ethical principles. Our society seeks to 1) contribute to the advancement of fundamental and applied knowledge in psychology; 2) promote a diverse range of psychological study and foster its application in all areas of social life; 3) encourage exchanges within the community of researchers and practitioners; 4) contribute to the training of practitioners and young doctors; and 5) take a position and intervene in all situations concerning research and practice in psychology and its ethical dimension.

When was the organization created and how has it evolved?

Pierre Janet founded SFP in the beginning of the 20th century. He, along with Georges Dumas, also founded the Journal de Psychologie Normale et Pathologique in 1904. The society was originally composed of researchers in philosophy, physiology, and medicine who conducted research in experimental psychology, physiology, and psychiatry. The first objective of the society was to defend and foster the scientific study of mental phenomena. In 1961, the SFP’s constitution was reformulated, and the first article stated that the Society “brings together psychologists of all specialties in order to support the development of studies and research in psychology, and help to solve theoretical and practical problems related with scientific progress of psychology and its applications.” In 1991, the SFP modified its structure into a Research Department and a Practitioners Department. From this date, SFP began to foster collaboration between researchers and practitioners in order to address the issues faced by psychological science.

Describe how SFP has kept its scientific orientation as it’s brought practitioners into the membership. Has that been an easy process or a challenging one?

Both researchers and practitioners seek to promote and defend the use of valid methods and practices through shared ethical principles. Yet practitioners and researchers sometimes use different methods to obtain and handle their data. Additionally, some researchers want to promote more fundamental knowledge by providing a deeper insight into the nature and the functioning of psychological processes, while practitioners are more interested in knowledge that provides innovative treatment or intervention methods for their patients and clients.

These differences can lead to some conflicts. For example, researchers now widely agree that our articles must be published in international journals and in English. Journals published by SFP were originally in French, but our Research Department decided that articles in English and French should be welcomed in our journals. Some practitioners did not share this point of view, and we finally figured out that this disagreement was partly due to differences in what people perceived to be the objective of our journals. But by enabling a discussion between practitioners and researchers, we were able to ensure that the journal remained dedicated to the practice of psychology (i.e., Pratiques Psychologiques) by continuing to address issues related to the use of scientific knowledges and methods in practice.

This example illustrates that practitioners and researchers do have some misconceptions about each other and that we could solve many of our disagreements by establishing a mutual dialogue and trust.

How many people typically attend the Annual Congress?

The SFP hosts a yearly congress in a different city in France, with 300 to 600 people in attendance. This congress remains a challenge for our society because it must be well-suited to the changing needs of our colleagues and the discipline as a whole. Experimental psychologists and, more broadly, researchers in psychology have identified our congress as an opportunity to present their research and discuss science-related issues. Yet we still need to promote the view of our conference as a scientific event where practice issues can be addressed. For this purpose, we also set up events addressing the practice issues surrounding scientific principles.

What are some of the most significant issues facing psychological scientists today, both in France and in the European Union as a whole?

We believe there is a need to promote scientific principles and methods to address various societal needs. There is a need to prevent and treat behavioral, developmental, and neurological disorders, which constitute a major challenge for sustainable development. We also feel that the reinforcement of collaborations among psychological organizations around the world would help address these issues by supporting prevention and treatment using scientifically validated methods. In France, there is still a need to formulate recommendations regarding the use of scientific methods and tools in practical training programs — most notably in clinical training programs.

The promotion of scientific psychology could benefit from international exchanges about a number of issues related to the practice of research (e.g., ethical principles and their applications). Scientific studies that produce nonsignificant results and results that replicate previously published findings significantly inform the future directions of scientific research. Yet it remains difficult to publish such results. We believe that psychological scientists and organizations that support psychological science should figure out how to put pressure on publishers and journal editors to accept these kinds of results for publication.

Some major scientific progress has resulted from interdisciplinary research, and organizations should also promote and support such collaborations. A major challenge for our discipline, for example, is the estimation of properties of psychological processes. A large number of studies use behavioral and verbal outcomes as proxies for psychological processes. The latter are inferred from responses to psychometric measures or from behavioral and physiological changes in response to environmental demands. Many psychological studies and academic training programs are based on this view of psychology research. The application of mathematical models in many sciences has helped significantly to account for complex phenomena like psychological processes. Scientific psychology organizations could also help forge new directions for research by hosting and supporting interdisciplinary panels dedicated to these issues. Such work would benefit not only research but also the development of innovative academic trainings.

Finally, psychological science remains unfamiliar to many citizens, employers, and students entering our academic training. This has a deleterious effect on our discipline and the practice of psychology. Students in high school typically do not have access to courses about scientific psychology, and this prevents them from formulating an accurate idea of what psychology really is. We think that we should address this issue in order to promote the view of psychology as a scientific discipline among students prior to their entry into university and in society as a whole.

Describe some of the Society’s current initiatives.

The ethics of research is one major challenge we are currently facing in psychology, and more broadly in the social sciences. In France, we mainly use medical ethical principles and, therefore, our research has to adopt some medical methods to receive a positive evaluation. Though psychologists share some common ethical principles with medical and biological sciences, our disciplines differ with respect to our methods and objects. Therefore, medical ethics are not always well-suited to our research, and SFP has initiated a national dialogue on the ethics of research in social sciences. For this purpose, we collaborate with a number of other scientific societies in the social sciences, which has included organizing a panel of scientific societies on this issue during our national congress last September. Our objective is to formulate and use a commonly accepted set of ethical rules throughout the social sciences. This work should help to promote the view of psychology as a discipline using specific valid and rigorous methods.