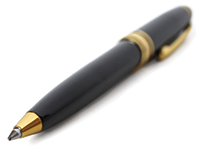 Vendors who work with the federal government are required to pay a fee based on a percentage of their sales. These fees, called industrial funding fees (IFF), are calculated based on self-reports submitted by the vendors. The IFF form, like most forms, requires vendors to confirm that their work is accurate and error-free by signing at the end of the document — after they’ve already completed the paperwork.

But work by a team of psychological scientists including Francesca Gino (Harvard University), Dan Ariely (Duke University), and APS Fellow Max Bazerman (Harvard University) demonstrated a cheap and effective way to cut down on errors and cheating: Have people sign their names as a first step rather than as the last one. By making honest reporting salient at the beginning of the form, this technique prompts people to report accurately before the temptation to cheat arises.

In collaboration with the General Services Administration, the SBST illustrated that a change to the signature process could improve the accuracy of financial self-reporting.

More than 18,000 federal vendors were randomly assigned to use either the existing reporting system (with the signature at the end); or a redesigned interface with an opening signature box confirming, “I promise that the information I am providing is true and accurate.”

Vendors who signed at the top of the form self-reported a median sales amount that was $445 higher than the vendors in the control group. This translated to an overall increase of $1.59 million in IFF remittances in just the third quarter of 2014.