At the annual Psychological Science in the Public Interest symposium, PSPI authors Patrick Corrigan (Illinois Institute of Technology) and Maria Kozhevnikov (Harvard University) spoke about their work examining mental-illness stigma and cognitive style, respectively. Their presentations reflected reports each researcher had authored in PSPI, an APS journal featuring comprehensive and compelling reviews of issues that are of direct relevance to the general public.

Psychological scientist Maria Kozhevnikov says her interest in studying cognitive styles was sparked by a high school teacher who admonished her for correctly solving a problem using a different solution than the one she’d been taught.

Corrigan, P. W., Druss, B. G., & Perlick, D. A. (2014). The impact of mental illness stigma on seeking and participating in mental health care. Psychological Science in the Public Interest, 15(2). 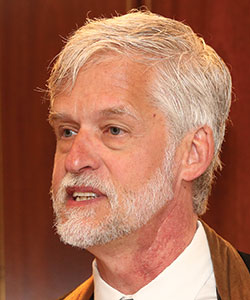 In an example of the severe implications of this discrimination, a study of 45,000 US Department of Veterans Affairs patients who visited their primary care physicians with heart-related symptoms (e.g., high blood pressure and heart palpitations) found that doctors referred only 40% of people with a known mental illness to a cardiologist for follow-up care as compared with 100% of people who were known to not have a mental-health or substance-abuse issue.

To reduce stigma, some mental-health organizations have campaigned to change the names of mental illnesses. For example, in 2002 the Japanese Society of Psychiatry and Neurology changed the Japanese name for schizophrenia from seishin bunretsu byo (mind-split disease) to togo shitcho sho (integration disorder). Researchers still have not definitively determined whether these sorts of name changes actually reduce stigma.

Efforts to reduce stigma through education, such as programs that promote the idea that mental illness results from a brain disorder, have been found to reduce the perception that people are to blame for their mental illness but also, unfortunately, the degree to which people believed that recovery from mental illness is possible.

So what does work? Although more research is needed, programs promoting contact with — and the everyday stories of — people who have a mental illness have shown promise for reducing stigma and prejudice, perhaps by helping debunk people’s incorrect perceptions of mental illness. 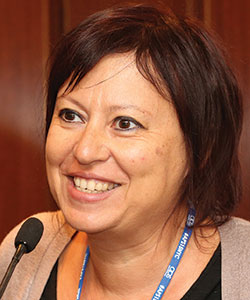 In a turn of topic, Kozhevnikov presented points from her recent PSPI report on cognitive style. As a high school student, Kozhevnikov was admonished by her physics teacher for completing a physics problem using a 1-minute visual solution rather than the half-hour analytical that had been demonstrated in class. Despite her correct answer, the teacher gave her a C for not completing the problem the way she had been taught. This early experience provided one of the bases for Kozhevnikov’s interest in the different ways people acquire and process information.

Although research into cognitive style fell out of favor in the late 1970s, it continues to be of interest in the fields of business and education. According to Kozhevnikov, this area of research is often criticized for lacking a program of research based in theory.

Much of the theory related to cognitive style in education is based on the idea that people are dominant in one type of cognitive style. According to this theory, it is best to match children’s educational experiences to their dominant style type; “visual learners,” the argument goes, learn material best when it is presented in a visual format. This idea, however, has been called into serious question by mounting evidence of the value of being able to adaptively use a variety of cognitive styles so that the best style can be matched to each situation.

In business, measures of cognitive style often focus on assessing the dimension of “left-brain” or “right-brain” dominance. Popular in the 1980s, this theory suggested that people use the left hemisphere of the brain for analytical thinking and the right hemisphere for intuitive thinking — and that people vary in the dominance of these hemispheric systems, something that neuroscience research has shown to simply be incorrect.

Based on these types of theories, several attempts have been made to systemize the different dimensions of cognitive style. But until now, no integrative theory has combined empirically sound concepts of cognitive style taken from research in the cognitive, neuroscience, educational, business, and decision-making fields.

This new framework represents a great advancement for those studying cognitive style in that it provides a clear categorization of the different types of cognitive styles and serves as a way to unify disparate applied disciplines.