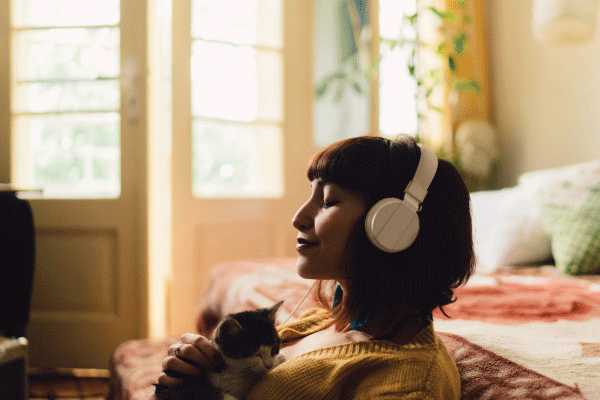 Thinking of You: How Second-Person Pronouns Shape Cultural Success

Second-person pronouns (i.e., you, your, yours, and yourself) might contribute to the popularity of some songs. Packard and Berger analyzed the lyrics of songs ranked on the Billboard charts and found that those that used “you” words more often had a higher sales rank. This was especially true when “you” was the object of someone’s actions (e.g., “cats love you”) rather than the subject (e.g., “you love cats”). The authors suggest that “you” might evoke another person in the listener’s mind and foster social connection. Three laboratory experiments supported this finding that songs with “you” as an object were more popular and more liked, indicating that pronouns can shape cultural success.

Individuals who initiate tasks as soon as possible (precrastinators) as well as those who delay beginning tasks (procrastinators) seem to struggle to finish tasks on time. Vangsness and Young analyzed when and how 8,500 students received credit for research participation. A latent profile analysis, which identified patterns among students’ behaviors, was better than using single behaviors to identify task-completion strategies. Compared with students who adopted a steady work habit, those who precrastinated or procrastinated were less likely to gain credits through research participation.

Subjective Well-Being Around the World: Trends and Predictors Across the Life Span

New research conducted in 166 nations indicates that neither life satisfaction nor negative affect changed with age. However, positive affect seemed to decline. Marriage, employment, prosociality, and life meaning were associated with higher well-being (measured by increased positive affect and life satisfaction and decreased negative affect) over the life span in every world region. Employment and life meaning had large associations with well-being, whereas marriage and prosociality had smaller associations. These findings illustrate how different life priorities, such as marriage or employment, might relate to well-being as we age.

Depressive Symptoms and Self-Esteem as Moderators of Metaperceptions of Social Rejection Versus Acceptance: A Truth and Bias Analysis

Individuals who are more depressed and have lower self-esteem might tend to underestimate how much (a) they are liked by others and (b) others are interested in future contact with them. Nondepressed individuals with higher self-esteem, however, might tend to overestimate others’ opinions of them, this research suggests. Moritz and Roberts measured participants’ depressive symptoms and self-esteem and their perceptions of being liked and desired for future contact following social interactions with new acquaintances. Their findings highlight the role of depression and self-esteem in social interactions.

Health in the United States: Are Appeals to Choice and Personal Responsibility Making Americans Sick?

Appeals to “choice” and “personal responsibility” that pervade policymaking, advertising, media, and social norms in the United States might contribute to ill health, Hook and Markus propose. These appeals appear to encourage (a) worry and stress over health, (b) blame and stigmatization of the unhealthy, (c) widened health disparities, and (d) failure to adopt policies that could improve health. Psychologists can help to expand appeals to reflect current science about health’s physical, cultural, and social factors, thus promoting the effective communication and implementation of health-supportive policies, the authors offer. (See related article, page 17.)

Peers, parents, instructors, and institutions can be leveraged in ways that have positive effects on student outcomes, with benefits for science and society, Destin proposes. Several studies show how socioeconomic resources and opportunities shape students’ identities, especially how they imagine their lives in the future. These identities, in turn, affect how students perform in school. Connecting identity with academic outcomes is more meaningful when we consider the people and institutions that surround the students—an approach that might help to reduce socioeconomic disparities in education, Destin suggests.

Metascience on Peer Review: Testing the Effects of a Study’s Originality and Statistical Significance in a Field Experiment

How effective is peer review, and how do study originality and statistical significance affect reviewers’ evaluations? Elson and colleagues manipulated the originality and statistical significance of the research reported in a fictitious abstract that had ostensibly been submitted to a conference and sent to peer review.  They found that there was a small bias in favor of significant results and no aversion to replication studies (i.e., less original studies). This research supports the feasibility and value of conducting metascientific experiments on the peer-review process to develop practical procedures to increase the utility of peer review.