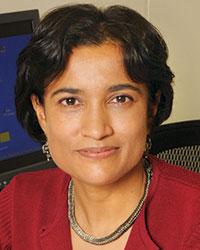 APS Past Board Members Suparna Rajaram of Stony Brook University and Elke U. Weber of Columbia University are among eight psychological scientists recently elected to the Society of Experimental Psychologists (SEP). Others elected in the most recent SEP cohort include APS Fellows Todd Braver (Washington University in St. Louis), Barbara Mellers (University of Pennsylvania), Robert Sekuler (Brandeis University), Robert Siegler (Carnegie Mellon University); and Marvin Chun (Yale University). Charles Kemp, a Carnegie Mellon associate professor who employs computational models of learning and reasoning in his work, was elected winner of the Early Investigator Award, which carries with it election to SEP.

Rajaram is a cognitive psychologist who studies memory, including the interpersonal transmission of memory through social groups and networks and the emergence of collective memory. Her work has included research with both people affected by amnesia and people with normal memory in order to study the distinction between episodic and semantic memory and the relationship between attention and long-term memory.

Weber, also a cognitive psychologist, is an expert on judgement and decision-making, especially in conditions that involve risk or uncertainty. She is particularly interested in how different individuals and different groups make decisions related to economics and the environment. 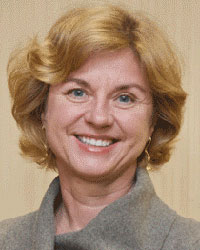 Siegler’s research centers on the development of mathematical thinking. His studies examine how children’s representations of numbers influence their ability to learn whole number arithmetic, fractions, and other topics in mathematics.

Chun’s lab employs fMRI to study visual attention, memory, decision-making, perception, and performance. One focus is to use fMRI to decode brain activity to understand how people perceive, remember, and make decisions.

Established in 1904 by the British psychologist Edward Bradford Titchener, SEP is the oldest, most prestigious honor society dedicated exclusively to psychology. The society’s purpose is to honor its members and gather for annual research presentations by its fellows. Rajaram, Weber, and the other newly elected SEP members will present talks on their research at the society’s next meeting, April 15–16 at Columbia University.