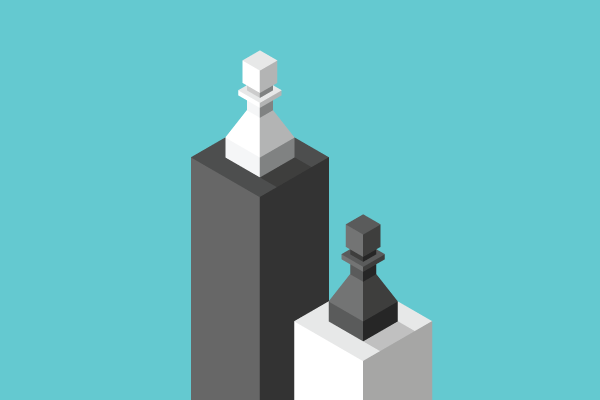 Racism is undeniably a matter of concern across countries and cultures. In the United States, where slavery was abolished in 1865 and segregation outlawed in 1954, the effects of racism are still pervasive in everyday life. Here is a look at what psychological scientists have uncovered on the topic in recent years. Collectively, they address the nature of implicit biases (i.e., beliefs that influence our behavior without our awareness) and the social processes that maintain them; examine the issues of structural and institutional racism; and explore the social, psychological, and physical consequences of various forms of racism. They also suggest possible paths of action to eliminate (or at least reduce) racism.

Racism is usually defined by individual psychological processes such as prejudice, stereotyping, or discrimination. But racism is not only ingrained in individual minds; it is also found at historical and cultural levels. Focusing on individual prejudice can obscure the role that institutional and cultural processes play in maintaining race-based hierarchies. In a 2018 article in Current Directions in Psychological Science, Phia S. Salter (Davidson College), Glenn Adams (University of Kansas), and Michael J. Perez (Texas A&M University) proposed a cultural-psychological approach to racism. They suggested that racism is reproduced in everyday environments that afford, promote, and maintain racist processes. People shape and maintain these racist processes through their preferences and actions. For example, people might select some representations of the past, shaping history and intervening in collective memory in a way that serves racism. This interplay between individuals and culture makes it more difficult to dismantle racism. According to Salter and colleagues, racism cannot be dismantled by solely changing people’s individual biases because aspects of our everyday worlds support those biases.

Focusing on individual prejudice can obscure the role that institutional and cultural processes play in maintaining race-based hierarchies.

In Psychological Science, Heidi A. Vuletich and APS Fellow Keith Payne (University of North Carolina at Chapel Hill) analyzed individual biases and found that rather than being a property of individuals, implicit bias might be a property of social contexts, and that changing the social context (e.g., by increasing faculty diversity or removing Confederate monuments from campuses) may more effectively reduce bias than changing individual attitudes (2019). In Vuletich and Payne’s reanalysis of a previous study of 18 university campuses before and after a racial bias intervention (Lai et al., 2016), the researchers found that individual attitudes varied randomly across time and that campus characteristics such as low faculty diversity predicted high bias. This indicates that the stability of bias may reflect stable environments rather than persistent individual biases. Moreover, campuses’ characteristics that reflect historical and current inequalities, such as low faculty diversity, low social mobility (percentage of students whose parents had moved up from the poorest income quintile), and display of Confederate monuments predicted high bias.

Despite studies indicating the pervasiveness of systemic and institutional racism, other authors point out the importance of considering individual implicit biases. In a 2019 article in Perpsectives in Psychological Science, APS Fellow Bertram Gawronski (University of Texas at Austin) discussed six lessons for a more informed understanding of implicit bias and how to conduct research on it. Gawronski noted that First, people are not necessarily unaware of the contents underlying their mental biases, and thus researchers must specify which aspects they hypothesize to be outside of consciousness. Second, implicit and explicit measures of bias can be more or less associated depending on how they correspond in terms of dimension and content. Third, a person’s implicit bias does not always manifest in the person’s behavior, which should lead to research on possible factors that influence the relationship between implicit bias and behavior. Fourth, implicit bias is less stable (not more stable) over time than explicit bias. Fifth, context determines the findings with implicit measures, including the amounts of implicit bias, temporal stability, relation with future behavior, and effectiveness of interventions. And sixth, variance in implicit measures may reflect errors of measurement or the role of other processes rather than bias.

Racism also results in economic and legal inequalities. For example, Rebecca C. Hetey and APS Fellow Jennifer L. Eberhardt (2018) reported that there is plenty of evidence for racial disparities in the criminal justice system, where Blacks are much more likely to be punished than Whites. Michael W. Kraus, Ivuoma N. Onyeador, Natalie M. Daumeyer, Julian M. Rucker, and APS Fellow Jennifer A. Richeson (Yale University) suggested in Perspectives on Psychological Science that Americans vastly underestimate current racial economic inequality (2019), especially the racial wealth gap. When the researchers compared participants’ estimates of economic disparities between White and Black families with actual economic data collected by the U.S. government, they found that participants underestimated the racial wealth gap in 1963 by 40% and the racial wealth gap in 2016 by 80%. Kraus and colleagues argued that these underestimates of inequality are driven, in part, by the salience of exemplars that bolster the belief that oppression has been overcome (e.g., Oprah Winfrey) and by motivations to perceive society as fair and economic status dependent only on merit.

These are just a few examples of the inequalities deeply connected to racism. Nevertheless, they make clear the need to combat racism. In her introduction to a special issue of Current Directions in Psychological Science about racism, Richeson pointed out that, 50 years after the U.S. government released a landmark report on social unrest related to racism, the level of progress on eradicating societal racism remains unclear. However, psychological science can inform the discourse not only about the nature of racism, individual and social causes, and consequences of racism, but also ways to combat racism.

Reminding the public of disparities between the treatment of Blacks and Whites might not be the best approach to combat racism. For example, in Current Directions in Psychological Science, Rebecca C. Hetey and APS Fellow Jennifer L. Eberhardt (Stanford University) suggested that reminders about how Blacks are more likely to be punished by the criminal justice system than Whites may trigger fear and increase stereotypical associations between Blacks and crime, increasing biases and support for the policies that created the disparities (2018). Instead, they suggest presenting data on racial disparities in a way that emphasizes that they are not natural, but rather the result of institutions that perpetuate structural and sociocultural forms of racism.

50 years after the U.S. government released a landmark report on social unrest related to racism, the level of progress on eradicating societal racism remains unclear.

Another researcher with extensive experience in diversity, APS Fellow James M. Jones (University of Delaware), presented his work on diversity, race, and racism and how he has been involved in expanding graduate programs for students of color (2019). Multiple researchers have investigated how contact with diversity should be managed to effectively combat racism. Maureen A. Craig (New York University), Rucker, and Richeson proposed a framework to explain emerging data on how increases in racial diversity affect relationships among racial groups (2018). In this framework, anticipated increases in diversity increase the perceived size of minority groups. Perceiving the minority group as larger can lead to an intensification of perceived threat to the dominant group’s position in society and culture. Increases in perceived threat, in turn, impact the relationships among the racial groups, leading to augmented bias, prejudice, discrimination, and support for anti-immigrant policies. But these negative outcomes can be attenuated if increases in diversity are accompanied by positive individual experiences across racial groups. Positive contact with members of different racial groups, especially when individuals share equal status and common goals, can reduce perceptions of threat and, consequently, biased attitudes and behaviors. Increased diversity can increase opportunities for positive contact, but individual factors such as racial identification or beliefs about stereotypes will also influence whether and the extent to which positive contact can reduce perceived threat.

Regarding perceptions of economic equality, Kraus and colleagues (2019) suggested that, besides actually increasing economic equality, providing information about the actual state of racial economic disparities and evidence regarding the progress that has been made (or not) may help to reduce people’s misperceptions of racial equality. Kraus and colleagues added that understanding the pattern of racial economic inequality may help to understand racism in the context of the societal structures that maintain racial advantages and disadvantages.

Recently, Mitchell R. Campbell and Markus Brauer (University of Wisconsin-Madison) suggested in Perspectives on Psychological Science that using principles from social marketing (2020), which is mainly concerned with changing behaviors, in prejudice research might help to minimize the existing gap between what we know about prejudice and the real-world methods to reduce it, which often fail. Social marketing is mainly concerned with changing behaviors; rather than identifying general principles in human behavior, it is problem-based and addresses specific behaviors in specific contexts. Campbell and Brauer advocated for the combined use of theory-based and problem-based principles to provide additional tools to help practitioners reduce prejudice and advance theory.

In sum, psychological scientists have thoroughly studied racism and informed the nature of racial biases, the individual and social aspects of racism, its consequences, and some ways to combat it. But more research appears to be needed about more effective ways to eliminate racism and fight the inequality it causes.