Exploring the more unpleasant aspects of individual and social nature is an occasional necessity for psychological scientists. But does approaching a phenomenon as all bad or all good risk limiting the questions that researchers ask about it?

Below are examples of research that identifies some bright facets of human behaviors that are typically viewed as nasty, mean, and dark.

Objectification involves treating someone as a means to a goal. In both philosophy and psychological science, objectifying others has been viewed as an antisocial act, something to be minimized if at all possible.

“Philosophers, feminists, and psychologists have argued forcefully that to treat a person as a means is cold, callous, and immoral,” says Edward Orehek (University of Maryland), first author on an article published in Perspectives on Psychological Science. 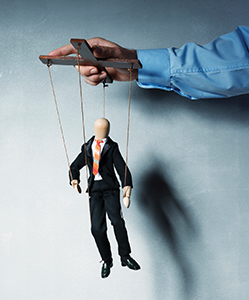 But there are a great number of goals that people strive for, Orehek and colleagues note, and a great number of people can help with those goals. Studies exploring goal orientation and objectification have found, for example, that people who focus on an academic goal will automatically place higher value on those who can help them get better grades.

“We argue that objectification is inevitable and only results in negative consequences under certain conditions,” says Orehek. “Objectification can also be warm, compassionate, and moral.”

Others often enjoy helping people attain their goals, whether it’s a recreational goal like a weekend vacation or a long-term life goal of raising a child.

“I think controversy is possible if readers interpret the paper as me saying that objectification is moral. My perspective is more nuanced than that,” says Orehek.

Specifically, he lays out two general conditions in which objectification is immoral: when the person being objectified sees the goal as immoral (e.g., Greg thinks premarital sex is immoral and doesn’t want to be instrumental to Lisa’s sexual goals) and when the objectified person doesn’t wish to be instrumental to that particular person’s goal at that time or place (e.g., Ashley has no problem with premarital sex, but feels uncomfortable with Brian objectifying her sexually).

Traditionally, aggression has been described in psychological science in terms of frustration and pain. However, psychologists, authors, and many others have observed that a feeling of satisfaction often accompanies aggression. In a recent article published in Current Directions in Psychological Science, David Chester (Virginia Commonwealth University) argues that pleasure can be found in aggressive thoughts and actions. 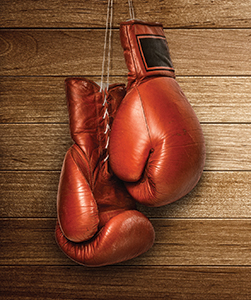 Chester’s paper reviews research on human and animal aggression, incorporating one study in which participants stabbed voodoo dolls and rated their positive feelings.

“What’s upholding these violent tendencies in a society that penalizes them so severely? Similar questions have been asked about drug and alcohol abuse, risky sex, [and] gambling, and they converge on an answer: pleasure. These activities feel good in the moment, which reinforces the behavior,” says Chester.

Chester points out that this does not mean that aggression is desirable, but stresses that it is important to acknowledge that it can feel good — at least at first:

“While revenge may feel good in the moment, this feeling fades quickly and leaves the revenge-seeker feeling worse than when they began. Even if this feeling lasted, the experience of sadistic pleasure is no rational excuse for harming others.”

This is borne out by research showing that aggressors tend to feel worse shortly after committing aggressive acts than they did before the act.

“In this way, aggression truly appears to mirror an addictive behavior, which we are currently examining in our laboratory’s projects,” Chester says.

While this research might reveal some of the less appealing aspects of human nature, Chester contends that this work is necessary:

“The world does not exist in black and white, with all the negative things lumped in one corner and the positive things lumped in the other. Good behaviors are mingled with bad motivations (e.g., helping others in order to get something in return) and bad behaviors are mingled with good motivations (e.g., harming someone else to undo the hurt they caused us). Findings that support this nuanced view of human psychology have a more accurate basis in reality and help us harness the good and reduce the bad.”

Conventional wisdom holds that gossip and social exclusion are always malicious. But over the last several years, psychological scientists have been studying gossip from a different perspective, exploring its ability to unify rather than divide. Experiments show that gossip can discourage bad behavior, prevent innocent people from being exploited, and even curb stress. 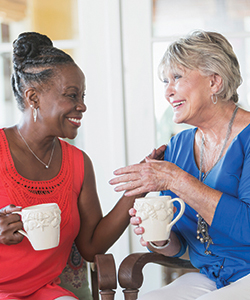 Psychological scientists Matthew Feinberg (University of Toronto) and Rob Willer (Stanford University) employed a commonly used public-goods exercise to show how the threat of being the target of gossip shapes our behavior.

Feinberg and Willer, along with then-graduate student Michael Schultz (now a post-doctoral fellow at Northwestern University), divided 216 participants into groups, asking them to play a game and make financial choices that would benefit their respective groups. Before moving on to the next round with an entirely new group, participants could gossip about their prior group members. Future group members then received that information and could decide to exclude — ostracize — a suspect participant from the group before deciding to make their next financial choices.

Feinberg, Willer, and Schultz found that when people learn about the behavior of others through gossip, they use this information to align with those deemed cooperative. Those who have behaved selfishly can then be excluded from group activities based on the prevailing gossip. This serves the group’s greater good. After all, selfish types are largely expected to exploit more cooperative people for their own gains.

“By removing defectors, more cooperative individuals can more freely invest in the public good without fear of exploitation,” the researchers noted.

And the very threat of ostracism frequently deterred selfishness in the group. Even people who had been ostracized often contributed at higher levels when they returned to the group. “Exclusion compelled them to conform to the more cooperative behavior of the rest of the group,” the researchers wrote.

A more recent study showed how gossip clarifies social norms and indirectly builds social bonds. In two experiments, two groups of just over 100 students were split into pairs, and the pairs then viewed a video featuring an act of negative deviance (littering and hopping a fence), positive deviance (cleaning up someone else’s litter), or neutral behavior (ignoring the litter). Students in the first study completed a questionnaire about their perception of social norms on campus and their desire to gossip about what they had seen, whereas pairs in the second study were also recorded while talking about what they thought of each video.

The survey revealed that students in both studies expressed a desire to gossip about what they had seen. Those who were given an opportunity to do so also reported a greater understanding of the prevailing norms on campus.

The cumulative findings of these studies suggest that attention-grabbing behaviors may be more than just fodder for the gossip mill, says coauthor Kim Peters, a professor of psychology at the University of Queensland in Australia.

“It could also reflect the possibility that these behaviors challenge people’s beliefs about what members of a community do and should do, which motivates them to validate their beliefs in conversation with others,” says Peters.

Gossiping students also reported a stronger social bond with their partners, which, Peters says, suggests that observing deviance may create a sense of solidarity between people who share the same behavioral beliefs. Notably, gossip on negative and positive deviance seemed to affect students’ social understanding in similar ways.

“This suggests that while negative content may dominate gossip, we can learn as much by discussing heroic behavior as disgraceful behavior,” Peters says.