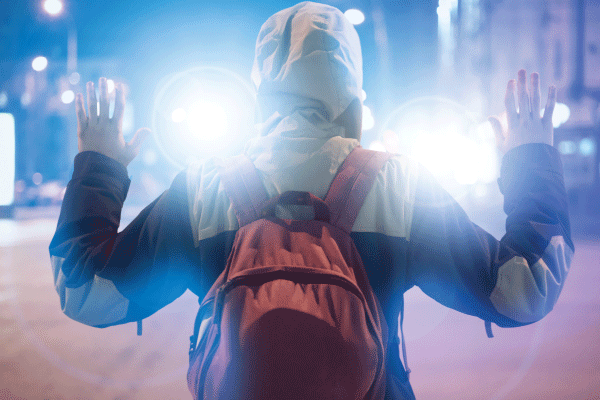 Incidents between police and unarmed community members over the past several years, including the police shootings of Michael Brown (2014, Ferguson, Missouri), 12-year old Tamir Rice (2014, Cleveland, Ohio), and the sleeping Breonna Taylor (March 2020, Louisville, Kentucky), have fostered a generalized discontent with the police force in the United States. This public loss of faith has been heightened by the killing of George Floyd in May 2020 in Minneapolis, Minnesota, by a police officer who pressed his knee to Floyd’s neck for almost nine minutes while Floyd was handcuffed face-down in the street.

These victims of police violence all had one thing in common: they were Black, calling attention to racial bias in the police force. Here, we review some research on police and stereotyping, police aggression, and recommendations from psychological science for policing in the United States.

Chief among these concerns is whether and to what extent police engage in racial profiling—targeting persons of a certain race because of assumptions about their racial or ethnic group rather than because of their actual behavior. Researchers Rebecca C. Hetey and APS Fellow Jennifer L. Eberhardt (2018) have already reported that there is plenty of evidence for racial disparities in the U.S. criminal justice system, where Blacks are much more likely to be punished than Whites. These racial disparities might also play a role in police behavior and the resulting deaths of Black persons.

Heather M. Kleider-Offutt, Alesha D. Bond, and Shanna E. A. Hegerty (Georgia State University) reviewed a series of studies suggesting that negative biases associating Black men with criminality are even more pronounced for men with certain facial features (2017) that are more Afrocentric (e.g., darker skin, a wide nose, full lips). This bias appears to occur because these men are readily categorized as stereotypically Black and representative of the category “Black male,” which also associates them with the criminal-Black-male stereotype. This type of stereotyping may lead to negative judgments and result in violent behaviors toward stereotyped members of the category.

“Such a bias could have important consequences for decision making by police officers and other authorities interacting with racial minorities … even for those who are actively trying to avoid it.”

APS Fellow Keith Payne (University of North Carolina at Chapel Hill) wrote in Current Directions in Psychological Science about how racial stereotypes can lead people to claim to see a weapon where there is none (2006). This weapon bias appears to affect the decisions made in the proverbial split second. Payne reviewed controlled laboratory studies in which participants made visual discriminations between guns and harmless hand tools right after a human face flashed: a Black face on some trials, a White face on others. Participants were instructed to ignore the faces and respond only to the objects. When they made the decision at their own pace, race did not affect their accuracy, although they were faster in accurately identifying a gun after seeing a Black face. When participants had only a few seconds to make their decision, they falsely claimed to see a gun more often when the face was Black than when it was White.

“Such a bias could have important consequences for decision making by police officers and other authorities interacting with racial minorities,” and this bias might occur “even for those who are actively trying to avoid it,” wrote Payne. So, how to address and reduce this bias? Payne cited studies indicating that police officers with the most firearms training tend to show the least race bias, and that practice identifying weapons may also reduce weapon bias in police officers.

Other Causes of Police Aggressiveness

In a 2019 article in Psychological Science, Reinoud Kaldewaij (Radboud University Nijmegen) and colleagues suggested that police officers might have difficulty controlling emotional responses partly due to the effect of high levels of testosterone on the brain circuits that control emotion. While in an MRI scanner, Dutch police recruits completed a task in which they had to approach or avoid angry and happy faces by moving a joystick. Researchers also collected saliva samples to measure testosterone levels, and participants self-reported their levels of aggression.

A high aggressivity–testosterone combination may decrease the efficiency of emotional control.

For the trials that required emotional control, brain blood flow, indicating activation, was stronger in the neural control circuits for participants with higher levels of aggression, but lower for those with high aggression and higher testosterone levels in their saliva. Hence, aggressive individuals who are mentally healthy seem able to use a brain circuit to regulate their emotions, but this regulation might fail under challenging situations known to increase testosterone. These findings might explain why police officers, though selected for their high emotional control, may show poor control (e.g., using excessive violence) in certain situations. This research does not serve as an excuse for excessive violent behavior, but it can have implications for selecting and training first responders.

Payne (2006) cited research showing that consciously planning to link racial categories to specific counterstereotypic thoughts (e.g., when I see a Black face, I will think “safe”) might reduce automatic racial biases. Other studies also suggest that training police officers might be a key factor in eliminating their racial biases. In 2005 article in Psychological Science, E. Ashby Plant and B. Michelle Peruche (Florida State University) found that, after extensive training with a gun-identification task in which the race of the suspect was unrelated to the presence of a weapon, officers were able to eliminate their bias toward shooting unarmed Black verses White suspects.

The sense of police legitimacy will be higher when people perceive that the police make fair decisions and treat people fairly.

In addition to addressing racial bias in the police force, officers also need to improve police-community relations, which may increase police legitimacy and even reduce crime, suggested APS Fellow Tom R. Tyler (Yale University), Phillip Atiba Goff (John Jay College of Criminal Justice), and APS William James McKeen Cattell Fellow Robert J. MacCoun (Stanford University) in their 2015 article in Psychological Science in the Public Interest. Giving community members a voice in designing policies, allowing individuals to explain themselves in interactions with officers, and being neutral and transparent about rules and decisions would all support a “positive and proactive social-psychology-based model of policing,” the researchers concluded.