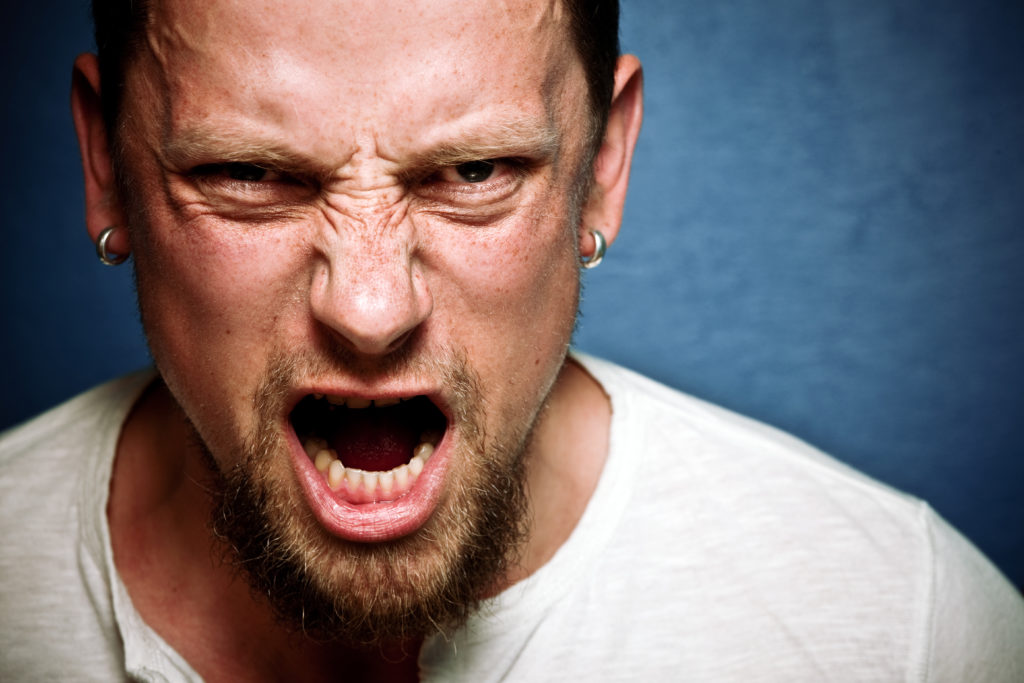 “Physical aggression may be characterized by aggressive realism, or a tendency to more readily process anger when it is present in ambiguous social stimuli,” explain authors Grace M. Brennan and Arielle R. Baskin-Sommers (Yale University).

Decades of research have suggested that physically aggressive individuals interpret social information in aberrant ways. For example, physical aggression is associated with a tendency to interpret ambiguous facial expressions as angry expressions. However, the processes that contribute to such associations remain unclear.

The researchers tested 90 men from a high-security correctional facility in Connecticut. Most of the participants had been charged with a violent crime, and more than half had been charged with violent infractions against another person while incarcerated. This sample is an ideal population for studying physical aggression, which is generally more pronounced in men than women. In addition, more than half of the inmates in the United States are serving sentences for violent crimes, the researchers write.

All participants completed questionnaires and scales to measure their physical, verbal, affective (i.e., anger), and attitudinal (i.e., hostility) aggression levels, as well as the range and differentiation of their emotions. Participants also completed an ambiguous emotion-identification task, in which they labeled male faces with one of two emotions as quickly as possible. The faces were created by a software that morphed two faces with different expressions, creating 30%­–70% blends of emotions­ combining anger and fear, anger and happiness, and fear and happiness. Additionally, the faces appeared  to move either toward or away from the participant.

Participants classified the faces moving toward them (looming) as angry more often than the faces moving away from them, which suggests that looming faces are perceived as more threatening. Participants who scored higher in physical aggression were more likely to classify faces as angry when anger was part of the blended face.

Brennan and Baskin-Sommers then subjected the individual data—reaction times and emotion choice in the emotion-identification task­—to diffusion modeling, which allowed them to disentangle the decision-making processes that contribute to the choice of one emotion-label or the other. The diffusion model of decision-making assumes that (a) before the choice, an individual has an existing bias toward one option; (b) after the presentation of the options, the individual accumulates information—the drift rate represents the average rate of information accumulation (i.e., efficiency of information accumulation); and (c) a decision is made when information in favor of one option reaches a response threshold. The distance between the two options is represented by a separation threshold (i.e., extent of information processing). Thus, how long participants took to make their decision about an emotion allowed the researchers to calculate their bias, drift rate, and separation threshold.

The researchers found that levels of physical aggression did not appear to influence bias, indicating that physically aggressive individuals did not have a preexisting t to decide that a face was angry on the basis of less information, in comparison with decisions about other emotions. Physical aggressiveness also did not influence threshold separation, indicating that individuals who were more physically aggressive did not accumulate less information when identifying facial emotions (doing so would have led them to speed up their responses and reduce their accuracy). However, physically aggressive individuals showed a higher drift rate for anger, meaning that they accumulated anger-related information more efficiently, leading them to identify faces as angry more swiftly without a decrease in accuracy.

These results do not support the common idea that bias explains why aggressive individuals interpret social information in aberrant ways, Brennan and Baskin-Sommers write. Instead, these results suggest that aggression relates to superior anger-identification abilities. Moreover, because drift rate indexes information accumulation from both perception and memory, these findings may mean that aggressive individuals use their accrued experiences of hostile interactions to form knowledge structures that allow them to identify anger more swiftly. They “draw on knowledge structures to make more accurate interpretations, allowing them to adopt a realistic lens for viewing their often hostile worlds,” write Brennan and Baskin-Sommers.

Understanding how and why aggressive individuals readily and accurately identify anger is important because this tendency is thought to contribute to what is often destructive personal behavior. Physical aggression is harmful yet ubiquitous, and it is associated with low-quality relationships, social rejection, and involvement in the criminal justice system, note Brennan and Baskin-Sommers.