Observer > 2020 > February > Expanding the Realm of Emotion and Memory 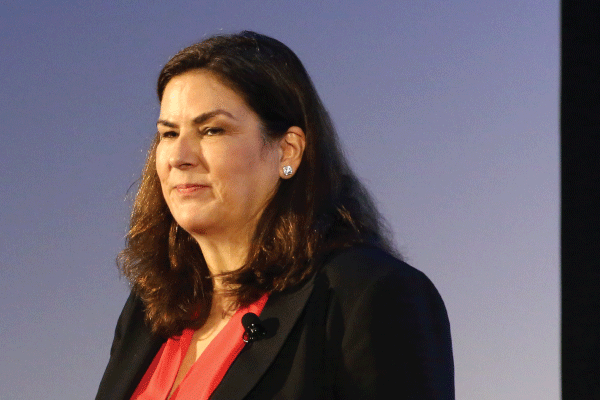 Elite athletes, like renowned scientists, often funnel their enormous talents into narrow areas of specialization. Elizabeth Phelps chose the opposite approach. While an undergraduate at Ohio Wesleyan University, she lettered four times in volleyball, ran on the 400- and 1,600-meter relay teams, and was a three-time All-American in the heptathlon, a track-and-field contest combining seven events including long jump, high jump, hurdles, and javelin throw.

More than 30 years later, as an internationally acclaimed researcher and professor of psychology and neural science, Phelps may be best known for her findings about how humans acquire and control threat or fear memories, as well as our ability to rewrite and block fear memories without drugs, bringing significant implications for the treatment of anxiety- and stress-related disorders. But her multidisciplinary body of research has also shed light on the neural systems underlying emotion’s influence on episodic memory, connecting those basic mechanisms to decision-making and economics, and probed matters including implicit race bias and perceptual experience.

“Her work impacts almost every domain within psychology — affective, cognitive, social, clinical, and also many different disciplines that extend well into neuroscience, law, economics, sociology, and psychiatry,” said Casey. Phelps herself credits the influence of many mentors for her wide-ranging interests, along with her simple love of the science. Referring back to her undergraduate years, “I was initially interested in philosophy,” Phelps said during her award address. “I liked thinking about human nature. But at the end of these philosophy classes, I would be like, ‘What’s the answer?’ And that’s what got me into psychology. It felt to me, a little bit, like philosophy with answers.”

An APS Past President, Phelps joined the faculty of Harvard University in 2019 as the Pershing Square Professor of Human Neuroscience. She previously taught at Yale and New York University; has authored or coauthored dozens of peer-reviewed papers, in addition to presenting dozens of abstracts at professional meetings; has received numerous other awards and honors for her work; and is a member of the American Academy of Arts and Sciences and a fellow of the American Association for the Advancement of Science.

An Expanded View of Science

Among Phelps’s formative early mentors, the first was APS Fellow Harry Bahrick, a psychology professor at Ohio Wesleyan who introduced the concept of permastore — the notion that if you remember something after five years, you essentially remember it for the rest of your life. In a 2007 article in the Observer, Bahrick (an APS Fellow and recipient of a 2018 APS Mentor Award) described escaping Vienna with his family from the Nazis before settling in Baltimore, joining the army, and later returning to university for his “first love” of psychology.

“I think I was trying to understand what made people do the god-awful things they did in the country that I’d left,” he said. “Once I took psychology courses, I saw that there was a scientific approach to answering these questions.”

Bahrick’s curiosity influenced Phelps profoundly. She changed her major, ultimately receiving the university’s Outstanding Scholastic Achievement in Psychology Award. And she continued to work with Bahrick after graduating. As a graduate student at Princeton, she coauthored an article with him on how people retained Spanish vocabulary over a period of 8 years. The two concluded that “educators need to identify effective encoding conditions and to make certain that students independently retrieve target information at intervals that are as long as 1 month, over a period of several years, instead of the more typical intervals of 1 to 2 days over periods of from 10 to 15 weeks.”

While at Princeton, where she received her PhD in psychology (specializing in cognition and cognitive neuroscience), Phelps studied memory in amnesic patients, exploring the impact of different types of deficits on recognition and recall. Her graduate mentors were William Hirst (New School for Social Research) and APS William James Fellow Marcia Johnson (Yale University), a recipient of a 2019 APS Mentor Award, among the most prominent and influential women in memory and brain research. Johnson “taught me to look for and listen to the story my data was telling me,” Phelps said. Regardless of whether the data seemed publishable and was even particularly interesting, “the data is telling a story. That’s something I’ve taken with me throughout my career.”

An early example of finding such a story took place in the early 1990s, a period when Phelps staggered research positions at Dartmouth Medical School, the New School for Social Research, and the Center for Neural Science at New York University (NYU). A project at NYU revisited a 1967 study that exposed rats to the music of Mozart and Schoenberg, finding evidence of exposure learning only for Mozart.

“They hypothesized that perhaps Schoenberg made it too complex,” Phelps said. Her study sought to further measure rats’ preference for sound. To do this, she brought rats upstairs to the lab one by one, in the middle of the night, and exposed them to a single tone at a time.

“We discovered there is no mere-exposure effect in rats,” she said. “And it’s not so robust in humans, either.”

Her time at Dartmouth may have been even more influential. Despite disliking the university’s New Hampshire location, she loved the work and in particular the research of APS William James Fellow and past president Michael Gazzaniga (University of California, Santa Barbara). “The godfather of cognitive neuroscience,” as she described him, was an inspiration on other levels as well. “He has an expansive, fun view of science . . . and understood that life’s too short” for her to limit either her research or her personal happiness, she said. The two continued to work together after she moved to New York.

In the period that followed, Phelps sharpened her focus on emotion and memory, weaving in new knowledge she gained from neuroscience training and neurological models. Among other things, she began what has become a 25-year collaboration with neuroscientist APS William James Fellow Joseph LeDoux (New York University), including studies of the amygdala’s role in fear conditioning, fear acquisition, and fear extinction. She joined the faculty of Yale in 1992, producing research including a study using taboo words that measured skin-conductance response in patients with amygdalar lesions (alongside healthy control subjects). Consistent with previous work by APS William James Fellow and APS Past President James McGaugh (University of California, Irvine), her new evidence suggested that the amygdala plays a role in modulating emotions.

Further explorations of the amygdala’s role followed. In a 2000 study with Yale’s Adam Anderson, Phelps studied the impact of amygdala damage on how we appraise social signals of emotion, primarily those of fear. Working with a 54-year-old woman with amygdala damage, the two confirmed that the human amygdala is necessary for the physical expression of a learned aversive response in fear conditioning. “We propose that the facial display of emotion is not mediated by the amygdala because it is not an acquired capacity,” the authors wrote.

Phelps returned to NYU in 1999, and during her years there, she produced extensive and wide-ranging research extending to collaborative social neuroscience research on race and implicit attitudes, emotion and decision-making, and much more. But it was her continued research with LeDoux, in a study of the extinction of memory and its potential for treating people with PTSD, phobias, and anxiety disorders, that garnered the most attention. In an interview with NPR’s Ira Flatow, she described taking advantage of new knowledge that memory reconsolidation — the period after a memory is retrieved and stored again — “presents a second opportunity where the memory is vulnerable. It’s fragile. It can be disrupted.” Memory reconsolidation, the research showed, could offer new ways to treat anxiety disorders without drugs.

After 20 years at NYU, Phelps left for Harvard, where her lab research uses a range of scientific methodologies, including behavioral studies, physiological measurements, hormone assays, fMRI, and brain-lesion studies. She had yet to begin the new position when she spoke at the APS convention last year, but looking back as well as ahead, she referred to dozens of individuals who have been central to her work, including mentors, collaborators, and students and post-docs. “Science is a team sport,” she said. “Meet my team.”

The APS William James Fellow Award honors APS members for their lifetime of significant intellectual contributions to the basic science of psychology. Learn more about the APS Awards Program, including the 2020 recipients.

Observer > 2020 > February > Expanding the Realm of Emotion and Memory