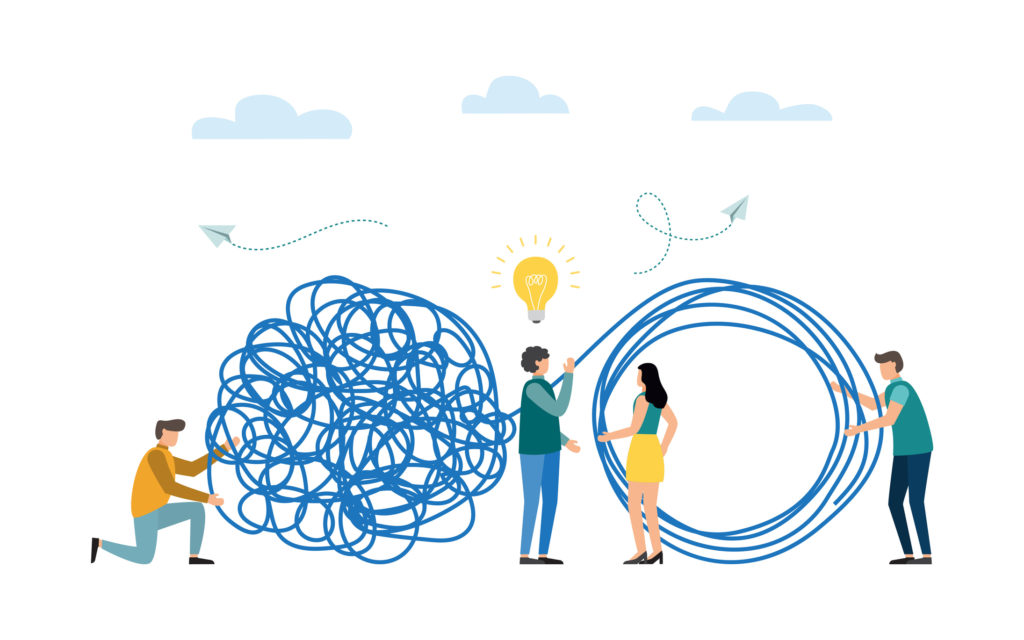 The path to your postdoc may be meandering, but taking the time to build relationships with would-be mentors and other collaborators could pave the way for the next stage in your career.

“That process of networking is sort of essential for getting jobs, but it’s also a core part of doing science from PhD onwards,” said Katherine Storrs, a postdoctoral researcher studying visual perception at Justus-Liebig-Universität in Giessen, Germany. “Getting to know the senior and junior people in your field who are doing research that you like and is relevant to you is what science is. It’s a fundamentally collaborative process and it has all sorts of benefits.”

“That process of networking is sort of essential for getting jobs, but it’s also a core part of doing science.”

“Things are really strange and challenging at the moment,” acknowledged Storrs. “When I think back to the specific strategy I used [to get my postdoc positions], things like going to loads of conferences and lab visits and being able to move between countries for a few months at a time, none of that seems possible right now.”

But while COVID-19 may make it difficult to take the same paths these researchers took, Storrs continued, virtual alternatives that offer more egalitarian access to networking opportunities around the world are becoming more common.

Inside the Application Process

Rapp, a postdoctoral research fellow at the Center for OCD and Related Disorders, began on the path to her postdoc in the summer before her clinical internship at the UCLA. In addition to meeting with faculty members who had open postdoc positions, Rapp sent cold emails to researchers she admired and monitored the APS Employment Network for opportunities.

“A very genuine plug for this,” Rapp said. “[The APS Employment Network] is a great resource—there are a lot of excellent postings.”

Eventually, Rapp went on to create a fellowship proposal with her postdoctoral mentor, who helped her create a plan of study that matched Rapp’s interests with the needs of the existing lab. Rapp thought of this period as a 3-month interview—for both herself and her potential mentor.

“That process of getting to know your potential mentor, what that working relationship is going to be like, was very important for me.”

“That process of getting to know your potential mentor, what that working relationship is going to be like, was very important for me, and I think it’s very important in other people’s processes as well,” Rapp said.

Storrs wasn’t able to secure a fellowship initially, but she turned that roadblock into an opportunity to hone her skills.

“It’s a blow, but you have to expect that these things don’t stand a very high chance of being accepted,” she said.

Instead, Storrs pivoted into an internship at Twitter, where she studied perceived video quality and built valuable project management skills as a data scientist. During this time, she kept an eye out for postdoctoral opportunities and was eventually able to secure a position at Justus-Liebig-Universität in a lab that had recently won a postdoctoral grant. This meant she didn’t have to provide her own fellowship funding, though she continued applying and was later successful in receiving funding.

All in all, the process of becoming a postdoc at Justus-Liebig-Universität took Storrs about 6 months from first contact to actually landing the job, but she recommends starting the process a year before you anticipate needing a new position.

“Even in the best case, these things take many months,” Storrs said.

Geng, a professor of psychology at the UC Davis Center for Mind and Brain, added that when she is evaluating potential postdocs for her Integrated Attention Lab, she looks for a mix of hard skills and passion, both of which bring something substantial to the lab.

“We also like to make sure that there’s a good personality fit,” Geng added. “We’re looking for someone who is collaborative, someone who is willing to work with many different kinds of people.”

Researchers are always happy to have postdocs who bring their own money into the lab, Storrs noted, but, in Europe, postdocs generally need to be attached to a lab before they can begin applying for funding.

That said, keeping an eye on your area’s funding cycles can help give your application an edge, Geng said. The National Institutes of Health in the United States, for example, has several annual cycles in which funding applications are due and money is dispersed to labs, which may influence when positions become available, she explained.

“Publications happen when they do . . . Just focusing on doing good science, doing what you love, and learning skills is more important.”

Still, Geng added, it’s best to get in contact with researchers when you have plenty of time to spare—knowing you’re interested in conducting postdoctoral studies in their lab may even be the final straw that pushes a researcher to submit a grant application now, rather than waiting for the next funding cycle to begin.

Having a number of publications as a record of past productivity can improve your chances in the grant application process, but it won’t necessarily ensure your success in applying for postdoc positions, said Geng. Even if you’ve been published, she explained, the strengths and weaknesses of each individual contributor aren’t always clear, and researchers are often looking for postdocs with a particular set of skills.

View a recording of the Path to My Postdoc webinar and the full list of past and upcoming APS webinars.

“Publications happen when they do; it’s not something that we can guarantee for ourselves or anyone else at a particular time,” Geng said. “Just focusing on doing good science, doing what you love, and learning skills is more important.”

Overall, researchers are looking for the right mix of “soft” and “hard” skills when hiring postdocs, the panel noted. Basic scientific competency, in addition to knowing your methods of choice inside and out, will certainly get you ahead, but you’re not expected to know everything ahead of time—the key thing is an eagerness to learn, Storrs said. Demonstrating your ability to conduct research independently, as well as your managerial, teaching, and mentoring skills, is also valued in the hiring process.

“Despite the uncertainty of the postdoc years, which I think are psychologically really hard, try to remember that. . . they’re a really good time to learn new things, to think about things deeply,” Geng said.