Observer > 2020 > September > Careers Outside of Academia: How to Land and Navigate 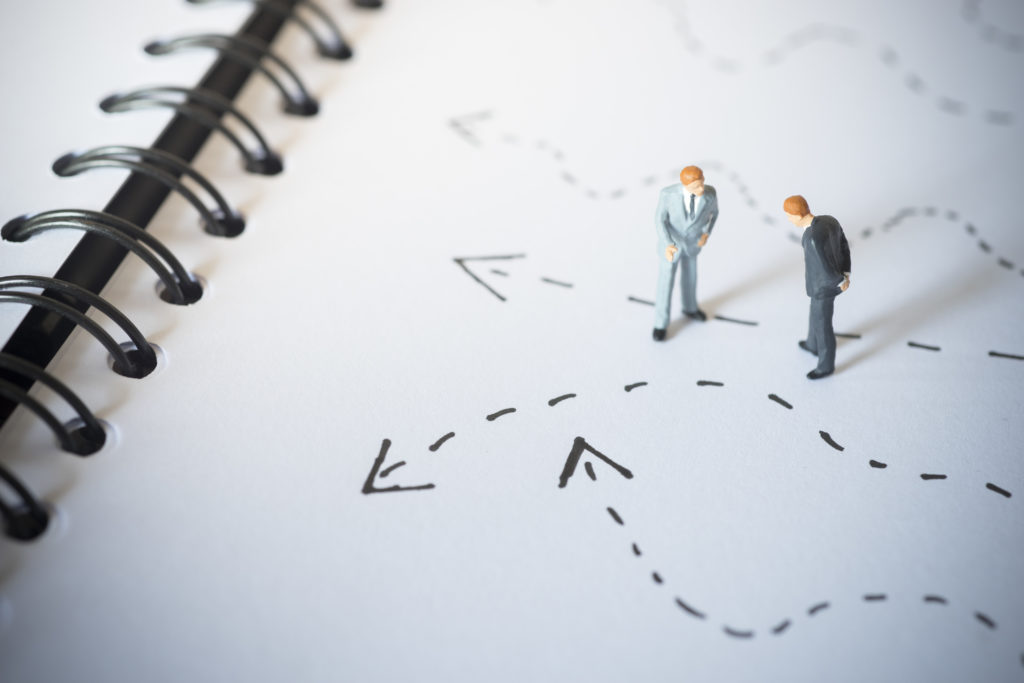 Academia is only one option for a career as a psychological scientist. The key to finding a fulfilling career in a field such as technology, business, or a nonprofit? Identify your passions and use them to craft your path forward, according to Melissa Smith, a senior user experience researcher for Google. In the APS webinar Careers Outside of Academia, Smith and four other psychological scientists who have chosen careers outside of academia shared helpful experiences and tips.

Smith’s interest in science and technology surfaced when she got involved in K-12 robotics competitions as a kid. In college, her interest in human-robotics interaction led to a research internship with the Navy, which in turn led to a PhD in applied cognitive psychology and human factors. After a government shutdown interfered with her plans for a career in the Navy, she went on to land an internship at Google.

Psychometrician Hotaka Maeda said that during his PhD he realized that he was most interested in psychometry and statistical analysis. Now he handles statistics for complex exams at the National Board of Osteopathic Medical Examiners, an independent nonprofit that monitors the quality of the Comprehensive Osteopathic Medical Licensing Examination.

Iiona Scully originally wanted to be a clinical psychologist but realized she really liked statistics. She studied human memory and, motivated by the difficult job market in academia, used her network to explore other possibilities outside of academia. Now she’s a scientist in human factors at Exponent, an engineering and scientific consulting firm.

Linsey A. Smith decided not to go into academia toward the end of graduate school. Foregoing the postdoc she had lined up, she opted for a job at Compass Group, a food service company, where she could merge her passion for research and food. Now she’s director of research at Cushman and Wakefield, a global commercial real estate services company. While she no longer does analogical reasoning and cognitive development research, she does apply the skills she learned in graduate school. Her experience with surveys and Qualtrics is an additional asset, she said.

Mike Winograd had planned to stay in academia after completing his doctorate in the field of lying and lie detection, but he quickly realized he didn’t like the process of publishing and applying for grants. He took some time off, began exploring options outside academia, and ultimately landed a job in market research. He is currently a consultant at ZS, a professional services consulting firm with clients across industries including healthcare and pharmaceuticals, high tech, and financial services.

To facilitate her job search, Scully found ways to gain experience with skills she didn’t get much exposure to while working toward her PhD, such as budgeting, managing, and working with groups of people. Linsey A. Smith opted to further develop skills she gained in graduate school and focused on ensuring she spoke the same “language” as the recruiters and translating her CV into a resume. Winograd worked with a specialist at his school to develop his resume. Melissa Smith used her internships to narrow her focus by learning what she didn’t want to do.

Maeda noted the importance of keeping work at the PhD level but simplifying communications. Similarly, Linsey A. Smith noted that her work involves “50% research and 50% communication …. Demonstrating that you can communicate technical ideas to people not familiar with research is very important.” To that end, she added, presentations can matter more than written publications. Winograd said his teaching experience made him comfortable communicating. Another challenge can be adapting to the pace of industry, where “things are faster,” said Melissa Smith, so “you have to exponentially speed up.”

In leaving academia, do these scientists worry about those doors closing for good? Not Winograd, who was sure about his decision to leave and has no plans to go back to academia. But Scully and Smith are keeping their options open. They suggested that as long as one keeps publishing or remains involved in academia (such as by guest lecturing, keeping an academic network, and interacting with other academics), one might be welcomed back into academia.

Hoping to land a job outside academia? The five psychological scientists who participated in this webinar suggested the following:

View a recording of the Careers Outside of Academia webinar and the full list of past and upcoming APS webinars:

Observer > 2020 > September > Careers Outside of Academia: How to Land and Navigate