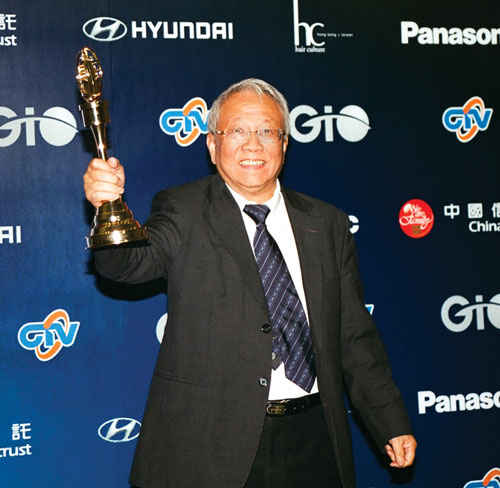 APS Fellow Ovid Tzeng is a tireless advocate for popular science education in Taiwan. Between introducing Scientific American to Taiwan and urging scientists to give lectures to high school students, he co-hosted a radio show called Science for Everyone. Tzeng and co-host Su-Yen Lai were recently awarded a Broadcast Golden Bell Award by the Taiwanese Government Information Office for their work.

Science for Everyone debuted in 2010. Through the program, Tzeng has helped scientific ideas reach a broad audience by highlighting how science applies to everyday life. In addition to his efforts in science education, Tzeng, who is a fellow at Academica Sinica in Taiwan, is known for his influential research on dyslexia and on how the brain reads Chinese characters.

Recently named minister for the Taiwanese Council of Cultural Affairs, Tzeng hopes to promote projects in which art and science can be combined.“Taiwan needs not only universities, but university culture,” he says, “and not only scientists, but science culture.”