Observer > 2020 > July/August > Now Is Not the Time for Precrastination 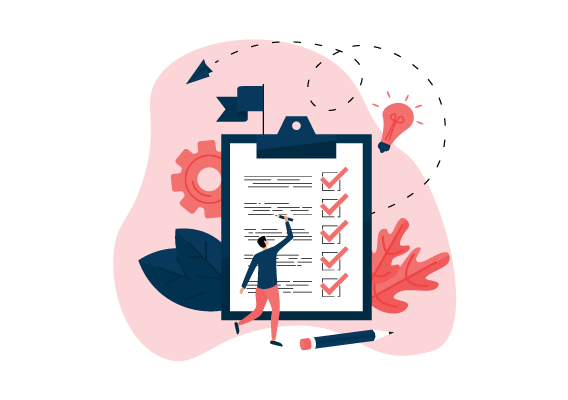 Bad times are said to bring out the best in people, and the worst. The adage refers to morality, but there is another way in which bad times bring out aspects of human nature that might be less obvious otherwise. The aspect to which I refer is “precrastination,” a term my colleagues and I coined in 2014 to refer to the tendency to rush to get things done as quickly as possible, even at the expense of extra effort. Why bring the phenomenon to our attention now? I believe it is relevant for COVID-19.

We in the field must share our knowledge with others, impressing on them that though we all want unpleasant things to end quickly, hastening such outcomes may not always be in our best interest.

To understand what precrastination is, consider the everyday task of bringing groceries into your kitchen. You could make several trips, carrying one or two bags per trip, or you could carry all the groceries at once. With the one-trip method, you would exert extra effort, but you would get the job done immediately and be able to move on to other things.

Are people willing to work hard to complete tasks as soon as possible? Indeed they are. In an article published in Psychological Science in 2014, Lanyun Gong, Cory Potts, and I reported that people preferred to pick up and carry a bucket that was near them rather than a bucket that was farther away when they could carry either bucket to a finish line. The instruction was simply to pick up whichever bucket seemed easier. Surprisingly, most participants preferred the bucket that had to be carried further. Based on interviews with the college students who served as subjects in these experiments, along with other findings, my co-authors and I concluded that picking up the near bucket gave people the feeling of getting closer to the goal more quickly. We termed this tendency pre-crastination, coining the word (and using the hyphen) to contrast it with procrastination.

Many studies have confirmed that precrastination is common, as summarized in a 2019 article in Current Directions in Psychological Science. Precrastination has been observed in a number of other experiments both with people and animals.

In a particularly dramatic human study, Lisa Fournier at Washington State University and colleagues asked people to walk down an alley to fetch two buckets in a line before them. Most people picked up the near bucket, carried it out to the far back, and then returned with both buckets. They did this rather than the more rational act of passing the near bucket, getting the far bucket, and then picking up the near bucket on the way back. When subjects had an extra memory load, they picked up the near bucket on the outward trip with even higher probability, consistent with the hypothesis that picking up the near bucket was motivated by the desire to reduce the memory load: Participants wanted to get rid of an item on the mental to-do list, no matter how trivial it was. Analogous results were obtained by Emma Patterson and Todd Kahan at Bates College, and by Dawn McBride and others in work done at Illinois State University.

In a striking animal study, Thomas Zentall and colleagues at the University of Kentucky showed that pigeons pecked a green light rather than a red light in anticipation of the green light signaling food delivery. The pigeons had been trained to peck to the red light over a fixed number of trials in order to get a reward and then to peck the green light in the same number of trials to get the same reward. The identical sequence was given over and over again, but the pigeons jumped the gun. Had they waited and pecked the red light until it no longer preceded food, they would have missed food on just one trial. Instead, they missed the reward on many trials, exhibiting precrastination. The same sort of tendency was also reported by Ed Wasserman at the University of Iowa, who went on to suggest that precrastination reflects a fundamental behavioral tendency which promotes preparedness for come-what-may.

The preference to get things done ASAP can have far-reaching consequences. In the financial arena, the desire to get things done immediately is so strong that people are willing to forego financial rewards to complete tasks within short rather than long deadlines, as shown by a team led by Meng Zhu at Johns Hopkins Carey Business School—what they call the mere urgency effect. Outside the lab and in connection with finance, people pay bills immediately rather than collect interest by keeping that money in the bank. Keeping calendars is not anathema to these conscientious people, who pay bills right away to clear their minds of that responsibility.

Other examples of precrastination abound. Untold numbers of emails are sent too soon, often with friendships and jobs lost in the process. Innumerable students get bad grades, and countless authors have submissions declined because they give themselves too little time to edit and re-edit their work—not because they wait until the last minute, but because the last minute they set for themselves is too early.

Prisons hold people who have been convicted hastily because of political or other pressure to get cases out of the way, and surgeries have been carried out at the behest of overly anxious patients, often with later consults showing the surgeries were unnecessary.

How can precrastination lead to the deaths of millions of people? One horrific possibility is the Dr. Strangelove scenario: A trigger finger can unleash a war. Even if the war isn’t nuclear, as in the movie, a hot temper can wreak havoc.

Another awful possibility is the one we are now facing: the COVID-19 crisis. The virus is killing us, literally and figuratively. We want this to be over. The pressure to get it behind us is intense. We want to travel, return to work, and socialize as we did before, including touching in all the ways that make us human. A vaccine will hopefully come along, but it can’t come soon enough.

It is very hard to let a problem drag on, as the discovery of precrastination documents. We in the field must share our knowledge with others, impressing on them that though we all want unpleasant things to end quickly, hastening such outcomes may not always be in our best interest.

Psychological science has a deep lesson for the entire world at this time: Now is not the time for precrastination.

DeMelo, J. (March 26, 2019). Precrastination: When the early bird gets the shaft. The New York Times. https://www.nytimes.com/2019/03/25/smarter-living/precrastination-when-the-early-bird-gets-the-shaft.html

Observer > 2020 > July/August > Now Is Not the Time for Precrastination