Observer > 2010 > November > Need a Break? Depends on Your Concept of Willpower 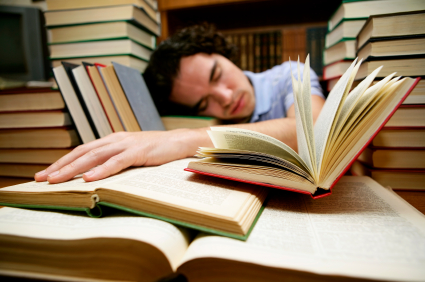 Do you ever find yourself burning the candle at both ends? Friends may tell you to slow down or take a break but new findings, published in Psychological Science, challenge the long-held theory that willpower is a limited resource that needs to be replenished by rest.

The Stanford team of Veronika Job, Carol Dweck and Greg Walton suggest the urge to refresh is all in your head. They’ve found that a person’s mindset and personal beliefs about willpower determine how long and how well they’ll be able to work on a tough mental exercise.

The researchers designed a series of four experiments to test and manipulate Stanford students’ beliefs about willpower. After a tiring task, those who believed or were led to believe that willpower is a limited resource performed worse on standard concentration tests than those who thought of willpower as something they had more control over.

“If you think of willpower as something that’s biologically limited, you’re more likely to be tired when you perform a difficult task,” said Job. “But if you think of willpower as something that is not easily depleted, you can go on and on.” The implications of these findings could help people who are battling distraction or temptation. Whether it’s diabetics following a strict diet, people overcoming addictions, students on rigorous academic schedules, or employees facing a tight deadline, “belief in willpower as a non-limited resource makes people stronger in their ability to work through challenges,” says Dweck.

Observer > 2010 > November > Need a Break? Depends on Your Concept of Willpower