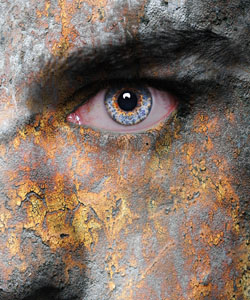 An impatient commuter shoves us out of the way to get onto the subway train. The bullying boss enjoys berating us in front of colleagues. The grouch next door yells at the neighborhood kids whenever a kickball accidentally ends up in his yard. We routinely deal with people who seem socially reckless, quick to retaliate at any perceived slight, and unremorseful if not downright sadistic.

In truth, though, the modern mantra “mean people suck” fails to capture many underlying drivers of aggression, cruelty, and hostility. Recent work in social neuroscience indicates that the brains of hotheaded people seem to work extra hard to control their outbursts, but for some reason fail.

However, additional studies are also showing that a certain amount of practice, and literally a spoonful of sugar, can improve an individual’s ability to operate with a bit more amity.

Recent research examined brain responses to anger-inducing situations in aggression-prone people. A study by APS Fellow Naomi Eisenberger and colleagues at the University of California, Los Angeles, examined participants who possessed a variation in a gene called monoamine oxidase-A (MAOA), which is associated with antisocial behavior. People who have the low-functioning variant of this gene are known as MAOA-L people, while those with the high-functioning variant are called MAOA-H people. Relative to MAOA-H people, people with the low-functioning variant are at increased risk for aggressive behavior and the development of antisocial personality disorder, especially if they grow up in an abusive environment. Relative to MAOA-H participants in the study, MAOA-L participants reported having a more aggressive disposition and hypersensitivity to interpersonal conflict.

During scanning, people were initially included and subsequently ostracized in a computerized ball-tossing game. MAOA-L participants showed more activation — not less — than MAOA-H participants in a key brain region implicated in cognitive control: the dorsal anterior cingulate cortex (dACC). The dACC is active during challenging situations and plays a key role in signaling other brain regions that may help people regulate their affective, cognitive, and behavioral responses to challenging situations.

The intriguing implication from this study is that MAOA-L people recruit self-control mechanisms to a greater extent than MAOA-H people, but may have inefficient functioning in the cognitive control circuitry. In other words, MAOA-L people may try to regulate their negative responses to being excluded or rejected, but apparently are unable to effectively do so.

A study from our laboratory conceptually replicated this finding with a sample of undergraduates who varied in degree of self-reported aggressive traits. In this study, participants completed a difficult anagram task in the scanner. Their job was to say the answer or “no answer” if they could not complete the anagram in the time allotted. I personally insulted participants by telling them, in a rude tone of voice, that they screwed up the study (i.e., “Look, this is the third time I’ve had to say this! Can’t you follow directions?!”). The scans showed that the dACC was activated following the provocation, and most strongly among people who self-reported higher levels of anger and hostility.

In a follow-up study, we wanted to conceptually replicate the previous study with another indicator of aggressive traits, and actively induce people to control their anger. This time, we measured testosterone and cortisol, which have been implicated in jointly contributing to aggressive behavior. Specifically, two studies found that the most violent male offenders and juvenile delinquents have low concentrations of cortisol paired with high concentrations of testosterone.

In our study, a research assistant pulled aside 19 male participants and told them I was in a bad mood and getting upset with participants during the anagram task. She then told them she needed them to stay calm because emotions would interfere with brain activity during the cognitive task. To drive the point home even further, she added that this study was an important part of her PhD thesis and that she only had limited funding available.

I then stepped in and proceeded to provoke participants by telling them in a condescending tone of voice that they were not speaking loudly enough. Participants again showed heightened activation in the dACC following the provocation. Importantly, participants with low concentrations of cortisol and high concentrations of testosterone showed the strongest activity in the dorsolateral prefrontal cortex and thalamus, which contribute to emotional regulation and arousal, respectively. This finding suggests that those who were hormonally at risk for combative behavior again showed increased activity in brain regions implicated in controlling aggressive impulses. In fact, mean people seem to be activating control circuitry in the brain to an even greater extent than amicable people.

But why do they still act out their aggression? It’s likely they simply have inefficient neural responses when vexed. If so, the logical approach to treatment would be helping these individuals improve their capacity to control their volatility. Doing so could help them resist anger-driven impulses to harm others.

The Power of Practice — and Glucose

We began investigating this possibility from the perspective of the strength model of self-control, proposed by APS William James Fellow Roy F. Baumeister and colleagues. According to that model and subsequent research, an individual’s self-control capacity can be improved in two ways — through practice and by consuming glucose. Although the mechanisms remain unknown, experimental manipulations of these variables boost self-controlled behavior in a variety of domains, including executive control and eating behavior.

We tested the effects of consuming glucose and practicing self-control in three experiments. In the glucose experiments, participants first completed a measure of their aggressive tendencies and consumed 40–50 grams of sugar in a drink or consumed a placebo. All participants were told they were to consume a sugar drink, and the experimenter was blind to condition. They were then insulted by another (bogus) participant who told them interacting with them had been a waste of time. Participants were subsequently given the opportunity to retaliate by blasting the provocateur with blasts of white noise. Participants low in trait aggressiveness selected relatively innocuous levels of noise blasts, regardless of whether they had consumed glucose or not. However, among participants high in aggressive traits, those who consumed glucose selected quieter noise blasts than participants who consumed the placebo.

In the self-control training experiment, half of the participants practiced self-control for two weeks by completing everyday tasks, such as using a computer mouse, with their nondominant hand. The other volunteers completed simple math problems. At the end of the two weeks, the participants returned to the laboratory, were provoked, and completed the noise blast task. Results were identical to the glucose experiments. That is, people who showed aggressive traits significantly lowered belligerent behavior after self-control training compared with the control group.

Further research could lead to novel strategies to treat people with anger control difficulties, antisocial behaviors, and other reactive problems. Boosting self-control capacity helps aggression-prone people resist the urge to hurt others. To my mind, the most intriguing aspect of this research is that if you give mean people the ability to control their anger-driven, aggressive urges, they will. Thus, the key difference between a nice person and a mean person may simply be a matter of self-control.

An individual’s self-control capacity can be improved in two ways —  through practice and by consuming glucose.

I worked with inter-partner violence as a licensed psychologist years ago, and thought the violence I was seeing was something much like a psychosis. Recently, working with preschool children, I began to think the issue was emotional regulation: something like a huge temper tantrum. Thank you for sharing your new information in this article.

Thomas F. Denson is an associate professor in the School of Psychology at the University of New South Wales in Australia. He can be contacted at t.denson@unsw.edu.au.