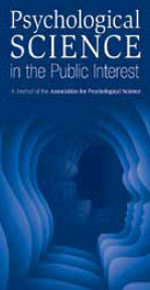 Childhood vaccines do not cause autism. Global warming is confirmed by science. And yet, many people believe claims to the contrary. This political season may be a good time to ponder the question, “Why does misinformation stick?”

According to an upcoming report published in Psychological Science in the Public Interest, perhaps the most important factor is that rejecting information is cognitively more difficult than simply accepting it.

When we do take the time to thoughtfully evaluate incoming information, we tend not to evaluate all of it, preferring instead to focus on only a few general characteristics: Does the information fit with other things I believe in? Does it come from a credible source? Do others believe it?

Misinformation is especially sticky when it happens to conform to a preexisting political, religious, or social point of view. Because of this, ideology and personal worldviews can be especially powerful antidotes to truth.

But all is not lost. Those hoping to set the record straight have some options, such as making sure that the information you want people to take away is simple and brief. Ultimately, research has shown that attempts at “debiasing” can be effective in the real world when they are built upon evidence-based strategies.

Findings and concepts in psychological science can spark not only educational innovation, but new ways to assess whether specific teaching methods are effective, APS Fellow Stephen M. Kosslyn says in a guest column.

Most students try to make studying and learning as easy and efficient as possible. But research by APS James McKeen Cattell Fellows Elizabeth L. Bjork and Robert A. Bjork shows that many commonly used learning strategies actually are counterproductive.

Why We Fall Prey to Misinformation

Even when we know better, we often rely on inaccurate or misleading information to make future decisions. A review of scientific research explores the reasons why.