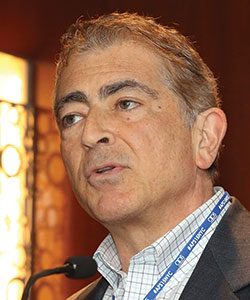 The idea of admitting to a crime you didn’t commit seems inconceivable to most people. Take the Central Park Five: teenagers who confessed to raping a jogger in New York City’s Central Park in 1989, quickly recanted, but still went to jail. DNA evidence exonerated them in 2002. Illogical as such admissions may seem to those on the outside, they happen with striking regularity: Of the 329 cases exonerated through the Innocence Project, more than 25% involved at least one false confession (Innocence Project, 2005).

“There’s no question anymore that false confessions happen,” says APS Fellow Saul Kassin of the John Jay College of Criminal Justice, a pioneer in this critical area. “That [realization] had a jarring effect — particularly in the legal system, where confession evidence has always been considered something of a gold standard.”

Kassin’s research was highlighted during “Law & (Dis)Order: Psychological Science in the Legal System,” a cross-cutting theme program at the 2015 APS Annual Convention that surveyed several ways behavioral science intersects with the courtroom. Some examples, such as false confessions and lie detection, have immediate practical implications. Others, such as the ability to detect and measure psychopathy, may become more viable for judicial decision-making as the science progresses.

“I think it’s very true that psychology has a lot to offer the legal system,” said Douglas B. Samuel of Purdue University by way of introducing the event. “Not simply in the basic science of understanding the nature of crime, but also understanding how decisions are rendered by human beings.” 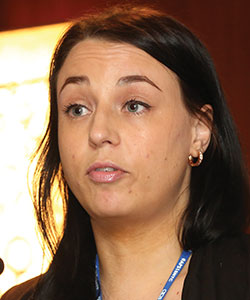 In recent years, Kassin has shifted his focus away from whether or not false confessions exist, since they clearly do. (The reasons are varied; they include suspects suffering from low intellect or profound grief to confrontational forms of police interrogation.) Now he focuses on why false confessions seem to trump other forms of evidence that might suggest an accused person’s innocence.

“The disturbing sense about confessions is that once a confession is taken — whether from a guilty person or an innocent person — I hate to put it in such bold terms, but it’s pretty much the case that nothing else matters,” Kassin said.

One reason false confessions carry so much weight is people’s trust in the legal system to filter out an untrue admission. Many people assume that if a detective doesn’t spot a false confession, then a prosecutor or a judge or a jury will. But Kassin pointed to evidence that all of these parties remain disproportionately swayed by confessions true and false alike — resulting in the illusion of a legal safety net. 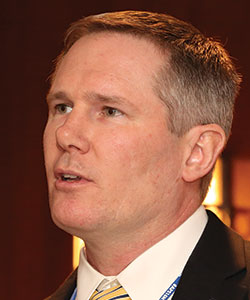 “That should have been a mental eraser,” said Kassin. “It did not work.”

Many false confessions begin with the initial detective’s inability to, well, detect whether or not a suspect is telling the truth. Psychological scientist Maria Hartwig of John Jay College of Criminal Justice pointed to a huge body of research showing that people can accurately detect a lie only 54% of the time — slightly better than chance. Not only do cops perform no better, said Hartwig, but they’re also naturally suspicious and overconfident in their lie-detection abilities (Bond & DePaulo, 2006).

“This trio of findings — poor ability, suspicion, and confidence — is really bad news for innocent people,” she said. “It’s a horrible decision-making combination.” 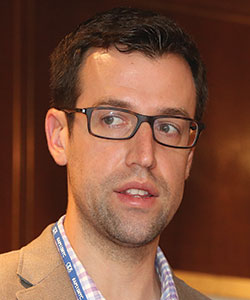 One possible reason for the low accuracy rate is that police officers (as well as the general public) have a misguided idea that liars give themselves away with clear visual signs — almost like Pinocchio’s growing nose. Indeed, when you ask people how they know when a person is lying, they usually mention gaze aversion or excessive fidgeting. But behavioral research has found no link between eye contact and lying, and it’s shown that liars might actually fidget less than people telling the truth.

“The short story is, there is no ‘Pinocchio’s nose,’” said Hartwig.

These findings have helped experts craft more effective lie-detection strategies that try to use the nature of lying against the liar. Given that lying requires more mental energy in the first place, for instance, asking a person to tell a story backward creates an additional cognitive burden and can thus expose inconsistencies in a liar’s story. But despite having scientific backing, such techniques encounter a huge amount of resistance from law enforcement professionals.

“I think there are things that can be done,” Hartwig said. “They require a shift in our mind-set about how lying works.”

As insights into false confessions and lie detection slowly change the legal world, several other areas of psychological expertise could potentially have big legal implications. Psychological scientist and litigation consultant Brad Bradshaw believes behavioral researchers have a role to play even before a case goes to trial.

Bradshaw said less than 5% of civil cases reach that stage now, in part because pretrial research helps the parties understand the weaknesses in their cases, and they become more willing to settle before trial. This type of research might involve interviewing focus groups to get feedback on particular issues or conducting a comprehensive mock trial. Other cases fail to reach trial because they enter mediation ahead of time, often by order of a judge.

“Psychologists make great mediators,” said Bradshaw. “I think that’s something that doesn’t get enough attention. You should be mediating. This is a skill set you have.” 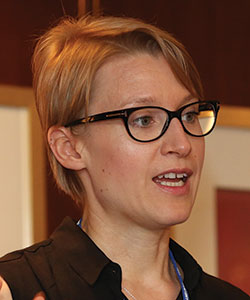 Psychological research also can update courts on what is and isn’t known about various mental conditions. One area of careful focus right now centers on “callous-unemotional traits” (renamed “limited prosocial emotions” in the Diagnostic and Statistical Manual of Mental Disorders, fifth edition), which can include lack of empathy or remorse and aggressive acts. These antisocial traits tend to get a lot of attention from the law based on their perceived relationship with psychopathy.

APS Fellow Essi Viding of University College London, United Kingdom, who studies potential biological predispositions for callous-unemotional traits, isn’t so sure the findings are ready for the courtroom. Twin studies have indeed shown that such traits are “moderately to strongly heritable,” she said, but that doesn’t mark a child for an antisocial (let alone criminal) trajectory. Studies on the potential genetic differences that could put people at risk for callous traits have been especially inconclusive.

“Are the findings ready for the courtroom? No. They absolutely are not,” said Viding. “In its current form, and I think for a long time coming, it’s really not feasible to use this information — at least if you want to act ethically in the courtroom.”

Psychological scientist Luke W. Hyde of the University of Michigan seconded that conclusion based on his own research into “limited prosocial emotions” in children. There are few studies showing that callous-unemotional traits predict adult psychopathy, he said, and it’s unclear how stable these traits remain during a person’s lifetime. Both outcomes call into question any court rulings that use the traits to forecast a young person’s behavioral trajectory.

“I think [callous-unemotional] traits and the ‘limited prosocial emotions’ qualifier can help us to better design treatments, help us understand a heterogeneous disorder, and help us predict who we need to target for preventative interventions,” said Hyde. “But this is a far cry from what the legal system needs to know.” 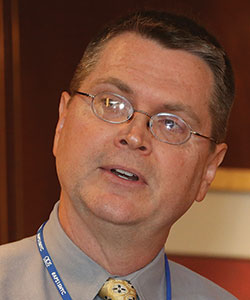 Forensic psychologist John F. Edens of Texas A&M University,  an APS Fellow who has testified in capital murder cases, knows that branding someone as a “psychopath” goes a long way in the courtroom. Surveys have found that two-thirds of people will agree with the notion that psychopaths are “evil,” and nearly as many will agree with describing them as “monsters.” When defendants are described as psychopathic, researchers have found greater juror support for execution.

Yet Edens said he has “significant concerns” about the standard psychopathy assessment tool used in American courts — the Psychopathy Checklist-Revised. The PCL-R is praised for its high reliability in labs, meaning two independent reviewers who rely on it will reach the same general conclusion about a person’s level of psychopathic traits. But recent studies of real cases suggest its actual reliability is modest, with about 40% of the variability in examiners’ PCL-R scores being due to error (Murrie, Boccaccini, Johnson, & Jankey, 2008).

“An unpopular argument I’ll make is that maybe we should stop using this in real-world settings,” said Edens, “because I increasingly think … it’s not really ethical.”