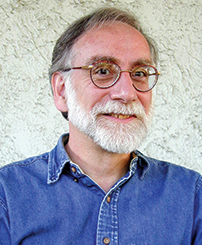 Herbert A. Simon Professor of Human–Computer Interaction Robert Kraut, an APS Fellow who works at the Human–Computer Interaction Institute (HCII), has been named the recipient of the 2016 SIGCHI Lifetime Achievement in Research Award. Presented annually by the Association for Computing Machinery’s (ACM) Special Interest Group on Computer–Human Interaction, the award recognizes an individual for the very best, most fundamental, and influential research contributions to the human–computer interaction field. According to SIGCHI, “It is awarded for a lifetime of innovation and leadership.”

A founding member of the HCII, Kraut began his career as a traditional social psychologist and spent time at the University of Pennsylvania, Cornell, Bell Laboratories, and Bell Communications Research. He joined the Carnegie Mellon University (CMU) faculty in 1993, and his research has broadly focused on the design and impact of social computing. He has conducted empirical research on online communities, the impact of the Internet on personal relationships and psychological well-being, the design of information technology for small-group intellectual work, the communication needs of collaborating scientists, the impact of business computer technologies on organizational networks, and employment quality and home-based employment.

Kraut’s recent work has focused on analyzing and designing online communities, including health-support communities, Facebook groups, and guilds in multiplayer games. He’s studied how these groups operate — how they socialize newcomers, for example, or coordinate their work. He also has developed interventions to improve their operation, including the APS Wikipedia Initiative.

“Bob is so deserving of this lifetime achievement award,” said Anind Dey, head of the HCII. “He has literally written the book(s) on how people use technology at work, how they use technology to work together, and how successful online groups are created. His work continues to inspire the HCI and the HCII community.”

A fellow of the Association for Computing Machinery, Kraut has authored or edited seven books and authored more than 170 academic papers. He was elected to the CHI Academy in 2003 and served as visiting faculty at Facebook and Hewlett-Packard. He has chaired 16 PhD committees and has advised scores of graduate students.

“I am personally delighted and honored to receive this award,” said Kraut. “However, I also consider it a testimonial to the wonderful collaborators and students I have worked with over the years at CMU. They are responsible for much of the research with which I’ve been involved and have made my research career so much fun.”

Kraut will receive the Lifetime Achievement in Research Award at the 2016 ACM Conference on Human Factors in Computing Systems (CHI2016), which will be held May 7–12 in San Jose, California.

Learn more about the award on the SIGCHI website.