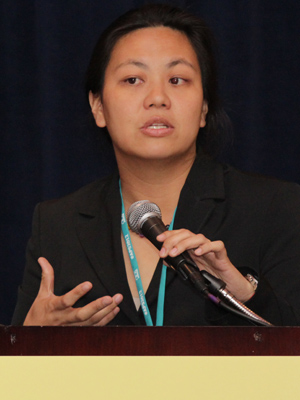 Joan Y. Chiao says that cultural neuroscience can be a window to understanding our future.

Psychology is, at its heart, an interdisciplinary science. Understanding certain phenomena often requires integrating biological, social, and behavioral constructs. The “Biological Beings in Social Context” symposium at the 24th APS Annual Convention was a chance to highlight research that crosses the boundaries between the biological and social arenas.

Joan Y. Chiao of Northwestern University introduced attendees to cultural neuroscience, a relatively new field that fully embraces this integrative perspective. Researchers in this field study how values, practices, and beliefs interact with, and are shaped by, neurological and genetic processes.

The influence of culture on biology and behavior was not immediately apparent to researchers because scientists have historically focused on Western populations. But now, Chiao said that the “contemporary understanding of cultural science is that culture has this very profound influence on who we are and how we behave.” Culture is now seen as an important macro-level phenomenon that affects a whole range of psychological processes.

Researchers in this field are studying diverse topics such as the influence of culture on neurological representations of individualism and collectivism, cultural priming in neuronal responses to language, and the link between culture and lactose intolerance. Some investigators have even been studying how culture can interact with genetic components to defend against infection. 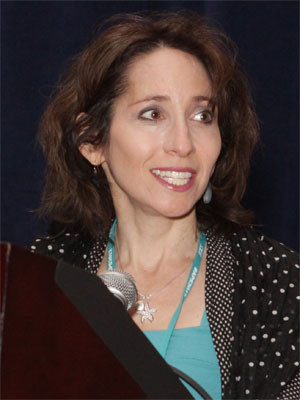 Although interactions between biology and social factors can be studied at the cultural level, they can also be observed within the tiny environments of our cells. Elissa Epel, from University of California, San Francisco, has examined biological factors to understand how stress affects the development of disease. According to Epel, “If we really want to understand the psychological processes of how stress gets under the skin and leads to disease, we need to look early — we need to look at aging.”

As humans go through life, our cells are constantly reproducing, and because of this constant reproduction, older people have cells that have been copied more times than younger people. As our cells divide, our telomeres (a region of repetitive nucleotide sequences at the end of a chromosome) become shorter.  “The telomere is like a canary in a coal mine, and it senses the intercellular environment and it detects any stress in that environment,” Epel said. 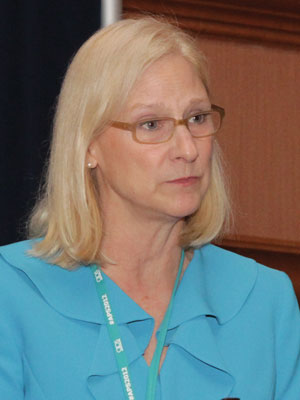 “This is the work where our collaborations with other disciplines can really make a difference,” says Christine Dunkel Schetter.

There is some hope, said Epel, for reversing the damaging effects of stress. She shared some preliminary research that indicated interventions such as intense meditation can increase telomerase (an enzyme that can relengthen the telomere) in participants.

Christine Dunkel Schetter, a researcher from University of California, Los Angeles, also studies the effects of stress, but her research focuses on the context of preterm birth. Preterm birth is defined as children born at or before 37 weeks gestation. Many stress researchers focus on state or trait anxiety when investigating the role of stress in preterm births. Dunkel Schetter and her colleagues took a different route by developing a new category of stress called pregnancy anxiety. Pregnancy anxiety “refers to a woman’s fears about the health and well-being of her baby, the impending childbirth, hospital and healthcare experiences, including whether she will survive,” said Dunkel Schetter. Her studies have indicated that pregnancy anxiety is a better predictor of preterm birth than state anxiety or mother-perceived stress during pregnancy.

Annette Karmiloff-Smith, from Birkbeck, University of London, is another researcher who integrates biological and social components in her work. She is searching for the roots of deficits observed in individuals with developmental disorders. When examining developmental disorders, Karmiloff-Smith said that researchers will often take a domain-general approach. This approach assumes all knowledge structures as working interdependently and deficits in one structure often lead to changes in the functioning of others. According to Karmiloff-Smith, domain-general approaches “have difficulty explaining uneven profiles.” 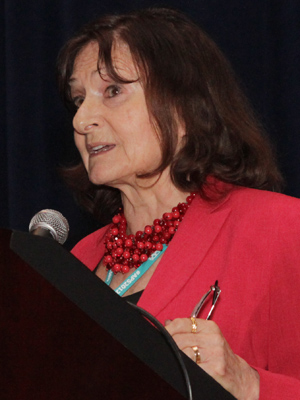 Uneven profiles are various deficits that arise from the same disorder. “They are not unusual,” said Karmiloff-Smith. “This is particularly true in genetic disorders.”

Researchers who do not subscribe to the domain-general approach often turn to domain-specific approaches to understand functioning deficits. The domain-specific approach looks at the brain as a system of independently performing parts. If there are problems in one structure, they do not affect other structures. This approach “is just completely inappropriate for developmental syndromes because development involves the interaction, early on, of many parts of the brain,” said Karmiloff-Smith.

A better alternative to the domain-general and the domain-specific approaches, she said, is the domain-relevant approach. The basic idea is that as a child develops, the brain hemispheres compete to perform certain tasks; however, some areas of the brain will be more appropriate or relevant for those tasks. Over time, with repeated processing and exposure, those relevant areas will become specialized (or domain specific) for those tasks. Therefore, to trace the trajectory of a disorder, Karmiloff-Smith argues that researchers must view a disorder as transitioning from a domain-general environment into one that is more domain-specific. By looking at disorders with this more dynamic viewpoint of domain relevance, Karmiloff-Smith said that scientists may be able to better understand how the social environment interacts with genetic vulnerabilities to produce behavioral deficits.

The interactions among biological, behavioral, and social factors are evident in so much psychological science research. Although the speakers in this program covered a diverse range of topics, they shared a common theme of combining cultural, social, and biological components in cutting-edge research that seeks to understand and explain where we’ve come from, where we are today, and what we might expect from our species in the centuries to come.