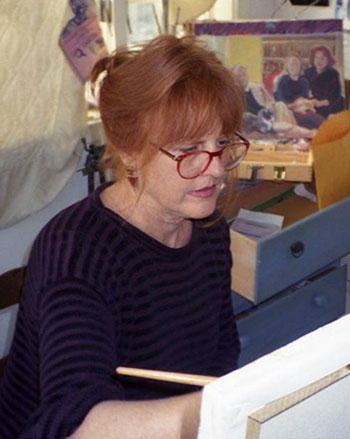 It’s a tragic Washington-only event, shocking for the circumstances — a woman killed on her regular bicycle commute home, her bike in an accident with a military vehicle there to protect the dignitaries in town for an international meeting. But as with any such news story, there’s much more to tell than that.

The woman was Constance (Tancy) Holden, longtime behavioral science writer for Science magazine; Dean of behavioral science writers might even fit. Tancy was a friend of mine, of psychology’s, and of APS since our beginning. When APS was first struggling to get notice, it was Tancy who wrote about us in the pages of Science. And it seemed every time she wrote about one of our issues, it gave whatever it was a boost. Tancy first announced our journal, Psychological Science, in Science, and the journal has been an incredible success story ever since. When Tancy wrote of our concern over young researchers losing out at NIMH, the next thing you know NIMH and APS were collaborating on a new program aimed at supporting new PhDs. Last year, she was the first to write about our joint effort with the Academy of Psychological Clinical Science to create a new accreditation system for clinical psychology. Then came stories in Newsweek, Nature, The New York Times, The Washington Post, even a segment on NPR’s Science Friday. More recently, when there was a low point in our struggle to convince NIH it needed to fund more basic behavioral science, Tancy would write or blog about it, and next thing you know we were on our way again. We thought of her as our good luck charm, though we never told her that. We would joke in our staff meetings on how we might interest Tancy in this or that. Of course, there was no fooling Tancy, she of old-school journalism. That was the joke. She wrote what she wanted and in the way she wanted, which was just fine with us.

Tancy meant a lot to us in others ways, too. An accomplished artist, she once drew likenesses of our members, Wall Street Journal-style, for the pages of the Observer. I loved her work. My daughter has one of her paintings in her apartment. She painted a portrait of my in-laws from a long lost photo taken at my wedding many years ago that became one of the favorite gifts ever in my family. It made me the favored in-law! A new showing of her work was set for the next few weeks. Sadly, it will not take place.

So, beyond the shocking Washington-only circumstances surrounding her death, Tancy leaves behind so many of us who counted on her not only as an important Washington voice for behavioral issues, but as a friend and an interesting Washington-only figure. We will miss her. ♦

The APS William James Fellow was a pioneer in the study of gender development and differentiation. More