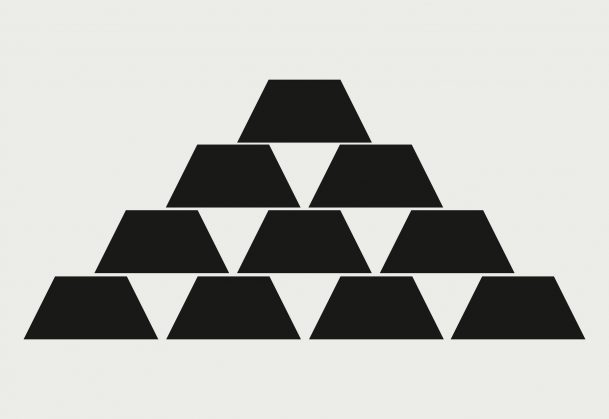 In January, the Observer featured commentaries from a random selection of APS leaders naming what they believe to be the most replicated finding in the field of psychological science. The respondents identified a range of historic works, including Piaget’s classical conservation tasks, the forgetting curve, and error-related negativity. The collection prompted a number of additional opinions sent in from researchers who have the advantage of seeing certain findings holding up over time. We share their insights here.

One of the most replicated findings in social psychology has been that social behavior of all sorts is predicted better by context and relationship than by individual characteristics.

Following Allport (1985), who defined social psychology as the scientific study of how the “actual, implied, or imagined presence of others” affects behavior, we can define social behavior as “acts that have actual, intended, or imagined effects on others.”

Barker (1968) pointed out that our physical/social world is marked by “behavior settings” within which behavior is highly predictable: classroom versus playground, kitchen versus bedroom, sports match versus religious service, political rally versus polling center. Simply knowing the behavior setting in which a person is acting allows us to predict with considerable accuracy which behaviors are likely to be enacted.

Our very perceptions of physical stimuli are influenced by culture (Nisbett, 2003) and by the people around us (Sherif, 1936). Our reports of experience tend to conform to those of others (Asch, 1956). Our expressions of emotion are influenced not only by culture but also by the closeness of our relationship to another person, their status relative to our own, and the private or observable nature of the interaction (Matsumoto, Yoo, & Fontaine, 2008). Likewise, when we speak, we calibrate our tone, volume, word choice, and prosody according to audience characteristics (such as relative age, gender, number of listeners, closeness, and relative status or power), roles of self and other, and public or private context (Giles, Coupland, & Coupland, 1991).

Our behavior toward others is strongly contingent upon whether they belong to our in-group or to an out-group (Tajfel, 1981). Our stereotypes of members of other groups depend largely on the relationship between their group and ours — whether the other group is competitive or cooperative, superior or inferior to ours (Fiske, Cuddy, Glick, & Xu, 2002). Those stereotypes become embedded into our cognitive machinery through nonconscious implicit associations (Greenwald, McGhee, & Schwartz, 1998) and in turn, particularly when nonconsciously primed by aspects of the situation, are reflected in our behavior toward representatives of the groups in question (Bargh & Chartrand, 1999).

By definition, most social behavior follows social norms, including norms supporting conventional or traditional behavior, politeness, and obedience or deference to authority (e.g., Milgram, 1974; Cummins, 2016). Our moral behavior and moral judgments take place not only within a culture (Shweder, 1997) but also in the context of relational models (Rai & Fiske, 2011), and may vary considerably depending on the culture and features of the relationship, including ingroup/outgroup status, norms governing cooperation and competition, and status position.

Thus we can say that our social behavior depends more on the target of behavior than on the actor; more precisely, it depends more on the relationship than on the individuals. Are they in the same or different groups, close or distant, competitive or cooperative, equal or unequal — and if unequal, who is superior or dominant? These things matter in almost all social behavior, and together with culture, norms, and immediate context, have repeatedly been shown to be more predictive than the particular personality characteristics, attitudes, or beliefs of the actors themselves.

Asch, S. E. (1956). Studies of independence and conformity: I. A minority of one against a unanimous majority. Psychological Monographs, 70, 1–70.

Theories come and go in psychology, yet goal setting theory (GST; Locke & Latham, 1990) has withstood the test of time as it has been rated the most valid theory of motivation in organizational behavior and organizational psychology. We attribute this primarily to the use of the inductive method. GST is based on 25 years of programmatic research by ourselves and others. The theory was induced from close to 400 studies. The process began with a clear definition of a goal — namely, the object or aim of an action. The next step was to integrate empirically derived findings. Generally, goals lead to the best performance when they are specific and challenging. The studies on which GST is based include close to 40,000 participants from seven countries and the use of 88 different tasks in laboratory, simulation, and field settings. Individuals, groups, and organizations were the units of analysis assessed using multiple criteria (dependent variables) and a variety of timespans ranging from 1 minute to, more recently, 25 years. Goals were shown to positively increase performance regardless of whether they were assigned, participatively set, or self-set. Multiple goals set simultaneously were also studied. The theory identified moderator variables such as feedback showing goal progress, goal commitment based on value importance and self-efficacy, and ability in terms of task knowledge and skill. Four mediators — direction of attention and action, effort, persistence, and strategy — also were identified. Affect was shown to be a function of degree of goal achievement. It should be noted that goal-setting studies were not designed to perform an exact replication of one or of the very first study. Variations, whether natural (unplanned) or deliberate, were what allowed us to show generality, to discover moderators and mediators, and to resolve controversies. (On the latter, see Latham & Locke, 2018.)

Our inductively derived theory led to hundreds of conceptual replication studies, as well as the extension
and/or application of the use of goal setting in many domains (Locke & Latham, 2013) including strategy development, when to set learning instead of performance goals, creativity, leadership, sports, psychotherapy, negotiation, health behaviors, entrepreneurship, academic achievement, and personal development. Because the theory was inductively derived, new discoveries are not a threat to GST; rather, they are an invitation to enlarge and refine the theory through further induction.

We should note that the development of GST was fundamentally at odds with what most journals demand today: starting with a theory in advance, deducing hypotheses (which are typically made up after the fact), testing them, and then implying that the theory-building process is complete, which includes having little or no interest in further development. Our view is that science progresses fundamentally by induction (Locke, 2007).

In reasoning, the most replicated effect (in at least 228 separate experiments) is the failure of individuals to select all potential counterexamples to a conditional hypothesis, i.e., Wason’s selection task. Likewise, the relative difficulty of syllogisms has been well-corroborated.

Surely the most robust findings — and very possibly the most important ones — in all of psychological science are that virtually all human characteristics are influenced by genes; that genetic differences account, on average, for about half of the measured variation in these characteristics; and that the home environment shared by reared-together siblings accounts for little or none of the variation. Studies by behavioral geneticists dating back to the 1970s, employing various methodologies (twin studies, family studies, adoption studies) and measuring a wide range of human characteristics (intelligence, personality traits, behavioral outcomes), have almost invariably led to these same conclusions. The implications of these findings are too often ignored, in particular by researchers who carry out correlational studies (e.g., adverse childhood experiences) without taking into account the possible influence of genetic differences — or, more to the point, genetic similarities — on the outcomes they are measuring.

The Law of Effect and Pavlovian/classical conditioning seem to have held up pretty well over the years. And they are hardly restricted to “Applied Behavior Analysis,” which did make the list.

The failure of human decision-makers to optimize their own payoffs in unrepeated Prisoner Dilemma games is surely among the most replicated findings, especially now that behavioral economists have taken the baton and run with it for several decades.

Seems to me people overlooked the most obvious finding of replication, and one demonstrated well by this article: that psychological science is so wide and so diverse that it is hard to find two psychologists who agree!