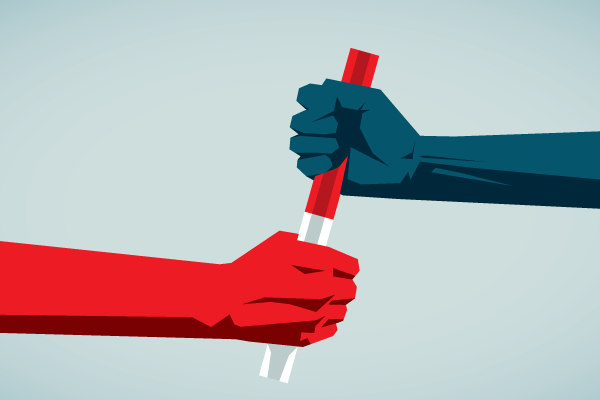 Hard to believe, but I’m writing this 6 months into my year as an Office of Evaluation Sciences (OES) fellow. One of the early projects I contributed to is available on the OES website now: a descriptive study of small business COVID-19 grant and loan programs and the barriers to equitable access that different program models might create.

It was important to share that work quickly because COVID-19 small business relief programs are ongoing. The descriptive study is different from typical OES work, which most often involves randomized controlled trial evaluations. Instead, it aspires to help local governments better recognize and potentially address some of the costs and benefits of different ways of deciding which businesses receive assistance.

OES serves the public by helping government agencies build and use evidence. This involves work on all kinds of projects, from vaccination uptake to benefits claiming to tax filing and energy use. What those projects have in common is a link to an outcome that a government agency has identified as a priority.

One recent U.S. government priority is linked to the Memorandum on Restoring Trust in Government Through Scientific Integrity and Evidence-Based Policymaking, signed by President Biden on January 27. That memo instructs U.S. federal agencies to consider a variety of methodological approaches to evidence building, including “approaches that may be informed by the social and behavioral sciences.” A renewed federal emphasis on evidence-based policymaking, alongside a mention of social and behavioral sciences, may stimulate new OES collaborations.

The Biden administration has used other memos, letters, proclamations, and executive orders to identify priorities in specific policy areas. For example, the Executive Order on Advancing Racial Equity and Support for Underserved Communities Through the Federal Government states that “the Federal Government should pursue a comprehensive approach to advancing equity for all, including people of color and others who have been historically underserved, marginalized, and adversely affected by persistent poverty and inequality.” With equity as a federal priority, there may be ways to follow up on projects like the small business relief work, which I’d be really excited about.

One aspect of OES work I didn’t anticipate before joining was the value of what OES calls a “service-oriented mindset.” As academic researchers, we often approach new projects thinking about what we would like to know or looking for good opportunities to test a favorite hypothesis. The most effective researchers at groups like OES seem instead to approach a project by identifying what the collaborator needs to know and then thinking about the best ways to answer those questions. Instead of participating in a project to serve your own research interests (or your next publication), you’re serving the agency and the public.

Adopting this service mindset has changed the way I read the literature, talk to others about their work, and pitch projects. It’s a mindset that groups like OES may look for in hiring, so if you’re interested in this kind of work, you may want to cultivate it in yourself too. I imagine it’s a useful approach no matter the administration (or country, for that matter).