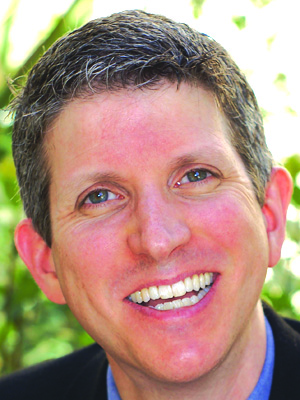 I have been teaching graduate seminars in social psychology for 15 years, and in every one the final project was the same: write a 15-page paper on whatever you are working on right now. At the end of the course, I would read it. Eventually, the student’s advisor saw it. And then, unless the paper got published, that was the end of it. The term paper for all of those years was either a private matter between the student and myself, or a step on a road to publication that the student would have traveled with or without my course.

By the third week, when they were required to choose their topic, it was already clear that the stakes of this assignment were somehow higher than they would have been if the students were just writing another paper for class. Students worried about whether the topics they were choosing to write about were too broad, or too narrow, or not important enough, or too intimidating. Students felt a responsibility to their imagined online audience: what do readers need to know, and what level of detail is needed? These were, of course, questions they might also have asked about their own research topics, but the knowledge that their Wikipedia articles would appear in front of an audience in just a few weeks made these questions especially salient.

Students were required to make an initial draft of their article live on Wikipedia a couple of weeks before the end of the course so that the Wikipedia community would have a chance to respond to the articles while the course was still ongoing. At this point, students learned a valuable lesson about intellectual turf. Some of the original authors of the articles that they had revised were none too pleased to see their work altered, and these individuals responded directly to my students. Students who had been contacted came to me confused. In their view, they had clearly improved the articles by broadening the content, updating the references, and generally presenting a more complete explanation of each topic. What could the original authors be complaining about? Students who contributed new work were likewise alarmed to see Wikipedians altering the finely crafted words they had posted. Most of the changes, it must be said, were quite minor. The students had done a wonderful job of following Wikipedia’s posted guidelines, and most of the changes to their work were in the realm of adding hyperlinks and correcting typos. Still, it irked some of them, not only to have their work corrected, but to have it corrected in public.

Then they discovered the view count tab. What citation rates are to researchers, view counts are to Wikipedians — with the crucial difference that views accumulate much, much faster than citations. A student wrote to me proudly that, after appearing on Wikipedia’s “Did You Know…?” feature, her article had been viewed over 4,000 times in two days. (In the 17 years since it was published, my own most-cited piece of research has been cited…well, a whole lot less frequently than that.)

In their course evaluations, students’ comments on the assignment were uniformly glowing. Final papers are a chore, but revising an article that might be the world’s first source of information on that topic? That was a calling, and students felt proud of what they had done. Graduate school had not promised them any ability to make an immediate impact. On the contrary, they had been told to expect delayed gratification, if any. Yet this project delivered the visceral thrill of an effect (responses from strangers, increasing view counts) that directly followed from their effort. Moreover, several of them, now that they understood how to maneuver within Wikipedia, took the initiative to elaborate upon, add references to, or review other articles on the site, even though they weren’t required to put in the extra time.

From my perspective as an instructor, the project was a success on several levels. The Wikipedia articles were frankly more fun to read and to grade than the average student paper because students were writing for a broad lay audience. For many of their topics, I resided squarely within that audience. Second, and this one came as a surprise to me, the project turned out to compress many important aspects of the scholarly publication process – writing for an audience, dealing with critical comments from reviewers – into just a few weeks. Experience with this process was, I think, as valuable as writing the articles themselves. Finally, the number one source of general information in the world is now more accurate and useful than it was a few weeks ago. The social psychologists have, measurably, changed the world. Lewin would be proud.

Benjamin Karney is a professor of psychology at the University of California, Los Angeles. His research focuses on intimate relationships, particularly change and stability in the first years of marriage. He can be contacted at karney@psych.ucla.edu.