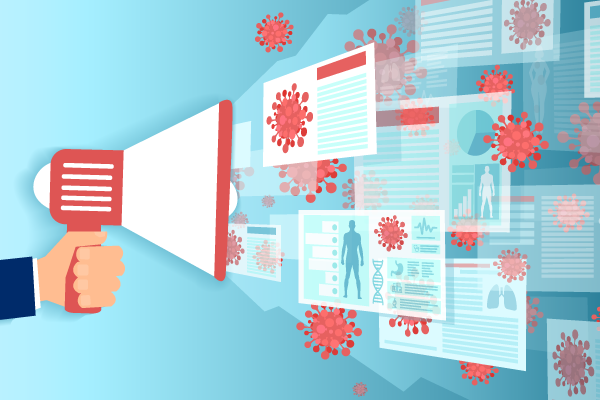 Social media is teeming with fake news, from bogus election-fraud allegations to doubts about the safety of COVID-19 vaccines. But why do people fall for and then share fake news, and what can be done to help them discern fact from fabrication?

In 2020, research on misinformation related to COVID-19 suggested that priming people—giving them cues to think about the accuracy of information—could make them more discerning when it comes to what they share on social media. These tantalizing results, however, may not be as promising as once hoped.

Recently, the Center for Open Science asked an independent team of researchers to attempt to reproduce the 2020 study’s findings. The new results, published in Psychological Science, instead indicated that the effects of priming were smaller than reported in the initial study, may be conditional on factors such as politics, and seem to wear off quickly, most likely after rating a handful of headlines for accuracy.

“There is a critical need to address the spread of fake news, and psychological science can provide valuable insights into stemming the flow,” said Sander van der Linden, a professor of psychology at the University of Cambridge and lead author on the new paper “Though there were promising results from past research, we need to get a deeper understanding of how or if priming impacts people’s ability to discern real from fake news. And after they make that determination, does it actually change their news-sharing behavior in a meaningful and long-lasting way?”

Van der Linden and his colleagues attempted to reproduce as accurately as possible the original 2020 study, collaborating with the original author to ensure they were using similar protocols. The research involved using a list of various true and false headlines related to COVID-19. The headlines were presented to the participants in the form of social-media posts. The participants were then asked if they thought the posts were accurate and if they would consider sharing them. The researchers then asked participants to rate the accuracy of a non-COVID-related headline to prime them to think about the concept of accuracy before going on to judge the accuracy of COVID-related headlines.

In the initial 2020 study, the research found that this priming nudge more than doubled how discerning participants were in sharing information compared to a control group that received no priming nudge.

The new study, however, initially failed to find any significant changes. People’s ability to discern real from fake news was exactly the same following the priming treatment as it was in the control condition.

“In the second phase of our study, we found that the intervention actually did reduce the willingness of the participants to share fake news, but the effect was small and fleeting,” said Jon Roozenbeek, a co-author on the paper and researcher at the University of Cambridge. “We speculate that the reason for this comparatively small effect is that priming may be susceptible to a variety of outside effects, such as decay and political partisanship. So, we think we uncovered some important nuances about the original results, which are especially relevant in light of the potential implementation of accuracy primes in our social media environments, which some social media companies are currently considering.”

Through a variety of efforts—including the APS COVID-19 global initiative and a new white paper for policymakers, the scientific community, the media, and the public—APS and its members are researching and combating misinformation.