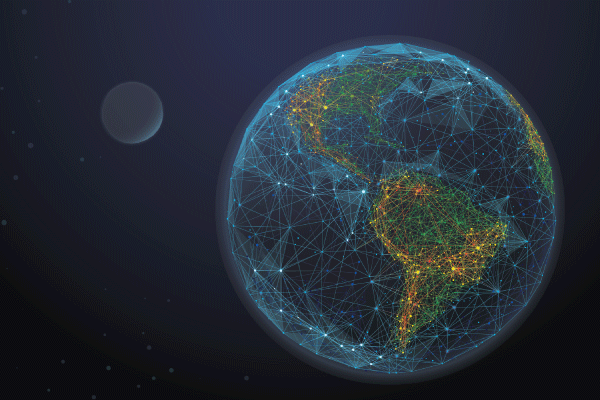 Psychological science has predominantly used data from the United States and other societies characterized as Western, educated, industrialized, rich, and democratic (WEIRD). To assess the generalizability of the data, obtained using WEIRD societies, scientists usually compare those data with East Asian nations’ data, but there are many differences in small-scale societies. Thus, there appears to be a need for a tool that helps to design and plan comparative studies. Muthukrishna and colleagues introduce a method for measuring the psychological and cultural distance between any two societies. They focus on the United States and China (a common cultural comparison) and provide the code and an online application to compare any two countries.

The Masking of Mourning: Social Disconnection After Bereavement and Its Role in Psychological Distress

Social disconnection appears to be associated with high psychological distress after losing someone close. Smith and colleagues tested the Oxford Grieg-Social Disconnection Scale (OG-SD) in a sample of bereaved individuals and found that the scale appears to validly measure their negative interpretation of others’ reactions to their grief expression, altered social self (including emotional suppression), and safety in solitude. A second sample completed the OG-SD and measures of prolonged grief disorder, posttraumatic stress disorder, and depression 0 to 6 months following loss and 6 to 12 months after the initial post-loss treatment. Results indicated that when social disconnection declined over time, psychological distress also declined.

Your Brain Is Not an Onion With a Tiny Reptile Inside

Cesario and colleagues describe a model of neural evolution that challenges the widespread misconception that as vertebrate animals evolved, they added “newer” brain structures to the “older” existing ones, enabling them to have more complex psychological functions (e.g., language). Neurobiologists have long discredited this misconception that the reptile brain is still part of the human brain, which just added more layers. The authors provide examples of how this inaccurate view of brain evolution has impeded progress in psychology.

Aging in an Era of Fake News

Older adults appear to be particularly susceptible to misinformation (e.g., they shared the most fake news during the 2016 U.S. election). Brashier and Schacter suggest that social changes in late adulthood, including difficulty in detecting lies and less emphasis on accuracy when communicating, might be partly responsible for susceptibility to misinformation. Moreover, older adults are less experienced with social media and may struggle to evaluate the veracity of content. Interventions that take into account older adults’ social changes and digital literacy might help to reduce their susceptibility to fake news. This research is particularly relevant in an age in which fake news abounds and can cause serious harm, from sowing doubt in modern medicine to inciting violence.

Echterhoff and colleagues propose that perceptions of forcedness (i.e., coercion and loss of control) and associated risks and potential suffering during migration activate processes relevant to refugee integration, affecting both refugees and residents. For example, refugees’ memories of forcedness can interfere with integration-related activities, and residents’ perceptions of forcedness may enhance empathy with refugees but also magnify feelings of threat. The authors discuss the implications of these processes for occupational work, education, and mental health.

The U Shape of Happiness Across the Life Course: Expanding the Discussion

Galambos and colleagues argue that support for a U shape of happiness—in which happiness is highest for people in their 20s, decreases in midlife, and increases again in old age—is not very robust. They suggest that studies across groups of people are not appropriate to infer happiness changes within individuals, and they review research indicating that results regarding happiness and well-being across the life span are mixed. The authors propose that considering diverse life pathways throughout life might lead to a better representation of the courses of happiness.

Cross-Validation: A Method Every Psychologist Should Know

Cross-validation assesses how accurate a model’s predictions might be for another independent data set. The researchers introduce an R package to conduct cross-validation and present examples illustrating the use of this package for different types of problems. They suggest that although most researchers might be familiar with this procedure, they seldom use it to analyze their data. Yet it might be an easy-to-use alternative to the common null-hypothesis testing, with the benefit of not requiring the researcher to make as many assumptions.