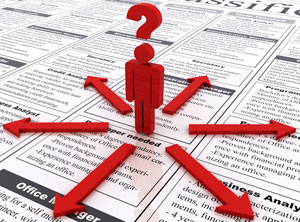 There may be a better way to predict who will perform well on the job.

When evaluating job applicants, employers want to be sure that they choose the right person for the job. Many employers, from consulting firms to federal agencies, will ask prospective employees to complete extensive tests and questionnaires to get a better sense of what those employees might be like in an office setting. But new research published in Perspectives on Psychological Science suggests that a different factor — employee interests — may be a better way to predict who will perform well on the job.

Although research on vocational interests has been around since the beginning of the 1900s, it usually isn’t considered in decisions related to hiring employees or evaluating applications for college admissions. Why? The existing literature contains mixed findings, making it difficult for researchers and employers to draw conclusions about the true relationship between vocational interests and performance.

“Interests had been ignored in personnel/organizational and educational research until very recently because their validity for predicting performance and tenure at work and in school was misunderstood,” says psychological scientist Christopher Nye of Bowling Green State University.

To better understand the relationship, Nye and his colleagues from the University of Illinois at Urbana-Champaign decided to conduct a comprehensive study to examine whether interested employees and students are more likely to perform well and stay in a job or academic program. To do this, they used a technique called meta-analysis, which allowed them to pool the findings from existing studies on vocational interests and analyze the body of research as a whole.

Nye and his coauthors suspected that one reason that previous studies had produced mixed findings was because they defined interests in different ways. The key, they hypothesized, is not a person’s overall interest in a particular kind of work but how their profile of interests across various types of work matches with the profile of skills and tasks involved in a particular job. The researchers surmised that this match — known as person-environment fit — would be a much better predictor of performance on the job or in school than the general interest measures used in some previous studies.

A survey of the literature on work, vocational interests, job performance, and academic achievement yielded 60 studies, published from 1942 to 2011, that the researchers were able to include in their meta-analysis. Combined, the 60 studies had a total sample size of 15,301 participants.

The main finding of the meta-analysis confirmed the researchers’ hypothesis: While overall interests were moderately correlated with performance and persistence at work and in school, measures that accounted for the person-environment fit were stronger predictors of performance than interest scores alone. Employees whose interest profiles matched their job profiles were more likely to perform better, help others in the organization, and stay with the company longer. Students whose interest profiles matched the profile of their major were more likely to remain in their program and get good grades.

In a commencement address delivered to Stanford graduates in 2005, then-CEO of Apple, Steve Jobs said that “the only way to do great work is to love what you do.” According to Nye, these new findings add another dimension: Those who love what they do are also more likely to be successful at it.

“These findings are important,” says Nye, “because they suggest that organizations may benefit from considering applicants’ interests prior to making hiring decisions.”

Nye and his colleagues hope to continue their research by examining how best to measure the fit between a person’s interests and a job. “Existing measures of fit between interests and organizations or schools are very broad and crude,” Nye says. By exploring what it means to have a good fit and identifying the situations in which fit predicts performance, they hope to help employers and academic institutions apply research on vocational interests to their selection processes.