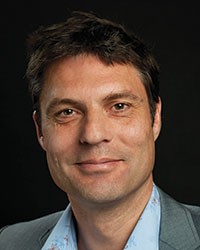 The Royal Netherlands Academy of Arts and Sciences will award the €25,000 Dr. Hendrik Muller Prize for Behavioral and Social Sciences to APS Fellow Carsten De Dreu during a December 14 ceremony.

De Dreu is a professor of psychology at the University of Amsterdam, the Netherlands, and affiliated with the Center for Experimental Economics and Political Decision Making. His influential work has contributed insights into group decision-making, conflict, neurobiological factors in social behavior, and creativity.

In the domain of decision-making, De Dreu has been praised for challenging models that portray human negotiators as purely rational actors. Instead, he has opted to study negotiation in terms of social dimensions such as cooperation and competition. He also has challenged the popular notion that the hormone oxytocin is a “love hormone”: While oxytocin does facilitate social bonding, such as warm relationships between parents and their children, De Dreu has shown that it also may contribute to immoral behavior when such behavior is seen as protecting one’s own social group. For example, he has found evidence of oxytocin’s role in ethnocentrism, in-group favoritism, and aggression and dishonesty toward perceived outsiders.

In addition to being an APS Fellow, De Dreu is a Fellow of the Royal Netherlands Academy of Sciences and a Past President of the European Association for Social Psychology. He also has served on the Editorial Board of Psychological Science.