Will playing Chopin to your baby in the womb help her get into Harvard? Does teaching your child to paint improve his chances of becoming a latter-day Leonardo da Vinci, capable of mastering art and science? There are many claims that learning to play a musical instrument improves your mathematical, verbal, and spatial skills, as well as your attention and memory. In the invited address at the APS 22nd Annual Convention, Ellen Winner has examined the popular view that the arts stimulate cognitive abilities to see whether there is a scientific basis for it. 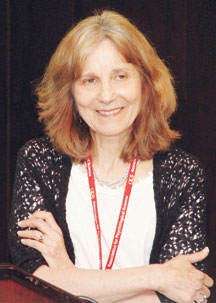 Winner, at Boston College, underscored how mainstream this view has become, showing ads  claiming that “playing music makes you smarter” and fundraising campaigns quoting studies that show that involvement in the arts helps kids increase their test scores and become academically successful.

Apart from the fact that teaching the arts just so children can improve in academic skills is probably not the best justification for promoting arts education, it appears that many of the beliefs about the cognitive effects of studying the arts are misconceptions, the result of a confusion of correlation with causality. Just because children who take arts in high school score higher on their SATs than those who do not (a legitimate finding) does not mean that it was the arts classes that increased their scores. The misconceptions may also be due to how the media distorted a study by Rauscher and colleagues in 1993 showing a transitory link between music listening and spatial task performance. This finding was misrepresented by the media as showing that music listening (even in babies) improves IQ.

In a longitudinal study, Winner, collaborating with neuroscientist Gottfried Schlaug, did in fact demonstrate changes in cognition and brain structure (via magnetic resonance imaging) in 5 to 7 year olds after 15 months of musical training, playing a few hours a week. Children improved in finger dexterity and melody and rhythm discrimination, all behaviors closely associated with music training, but not in areas distant from music such as verbal or mathematical skills. They also showed increased size of the right precentral gyrus (motor hand area), the corpus callosum, and the right primary auditory region (areas of the brain associated with motor skills and music perception). And corpus callosum volume changes after 29 months were correlated with practice intensity.

These findings are evidence for brain plasticity, but do not indicate a link between music training and improvement in extra-musical abilities. Winner recommends treating sweeping claims about how the arts transform learning, increase IQ, and improve grades and SAT scores with skepticism. According to Winner, the lesson is that it is much better “to seek transfer to domains that are plausibly related to the parent [art] domain.” For example, her former doctoral student Thalia Goldstein, now a postdoctoral fellow with Paul Bloom at Yale, demonstrated that a year of theater training improves students’ empathy and theory of mind skills — skills that we can see are closely related to the kind of role taking theater requires.  Winner also cautions against justifying arts education by its possible indirect effects on extra-artistic skills: If you are trying to bring up a young Einstein, it might be better to invest in mathematics and physics tutoring rather than daily violin practice. Justification for arts education should always rest on the intrinsic merits of the arts.