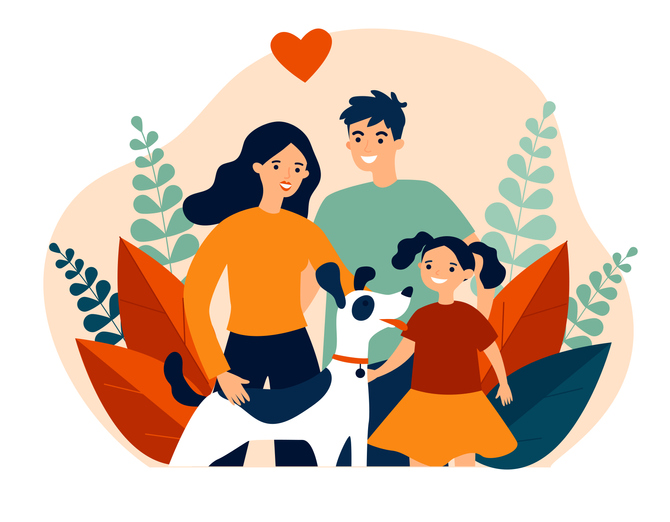 It may seem natural for people to consider humans more intrinsically valuable than other animals—but cultures vary significantly when it comes to which animals are valued, and to what extent. Historically, scholars have argued that we start life with a small “moral circle” that expands to include animals, along with more people, as we develop more mature moral concepts. But research in Psychological Science suggests that children may be more inclined than adults to prioritize the lives of animals.

“Across cultures and throughout history, we have used animals for food, clothing products, medical experimentation, and entertainment, and we are often indifferent to their suffering,” wrote Matti Wilks (Yale University) and colleagues. “Our findings suggest that the common view that humans are far more morally important than animals appears late in development and is likely socially acquired.”

“The hypothesis that speciesism is at least partly a socially acquired ideology could also explain why there are different cultural manifestations of speciesism; for example, in certain cultures, people eat dogs, whereas other cultures consider cows holy.”

In an initial study of 207 children and 222 adults in the United States, participants were asked to decide which boat they would choose to save.

Children’s and adults’ responses were found to be remarkably different. When asked to choose between saving one human and one dog, for example, 35% of children prioritized the human, 28% prioritized the dog, and the remaining 37% could not decide. When adults were faced with the same scenario, 85% chose to save the human, with just 8% electing to save the dog, and 7% unable to reach a decision.

In a second study of 61 children and 64 adults in the United States, participants were asked to report which boat they thought “Mr. X, who always does the right thing” would choose to save. In this case, children were somewhat more likely to prioritize humans over pigs or dogs, but they were still less likely to do so than adults. This suggests that children’s personal preferences, reflected in the first study, may not necessarily align with what they perceive to be morally right, or what they perceive adults to believe is right, Wilks and colleagues explained.

These findings also suggest that we may be culturally conditioned to view humans as morally superior to other animals, similar to how we acquire other social biases, the researchers wrote.

An animal’s intelligence and capacity to experience suffering appears to play only a limited role in this bias, the researchers noted. Pigs and dogs, for example, possess roughly comparable intelligence, but many people in Western societies consider one a food animal and the other a beloved companion. Wilks and colleagues found American children and adults with regular exposure to dogs to have less bias for humans over “man’s best friend”—but only the children with regular dog exposure reported less bias for humans over pigs.

“The hypothesis that speciesism is at least partly a socially acquired ideology could also explain why there are different cultural manifestations of speciesism; for example, in certain cultures, people eat dogs, whereas other cultures consider cows holy,” the researchers said.

Children and adults also reported perceiving similar levels of intelligence and sentience among these animals—collectively, they rated humans more highly than dogs, which they rated more highly than pigs. Despite this initial agreement, however, children and adults nonetheless made different moral judgments about which passengers to save. These results held even when children who simply chose to save whichever group was larger were excluded from the data, which supports the notion that these judgments are influenced by more than just perceived intelligence.

One potential explanation, Wilks and colleagues wrote, could be that young children from more urban backgrounds are often taught to perceive animals positively in an abstract, even anthropomorphized way, while being sheltered from the reality of how animals are used for meat and other purposes.

“Most young children have no direct experience, and often no knowledge, of the practices relating to, for example, meat production or animal experimentation. It is possible that strong speciesist beliefs emerge only when these practices become more salient, during adolescence (at least in Western cultures),” Wilks and colleagues explained.

Future research might explore whether cognitive bias related to animals may emerge earlier in contexts where children have more exposure to the instrumental use of animals, such as on farms, or to a lesser extent in cultures where consuming meat is less common, the researchers wrote.

“It is possible, in particular, that strong speciesism would not be as pervasive in cultural contexts in which, for example, vegetarianism is much more common and direct, positive exposure to animals is more common in adolescence,” Wilks and colleague wrote.