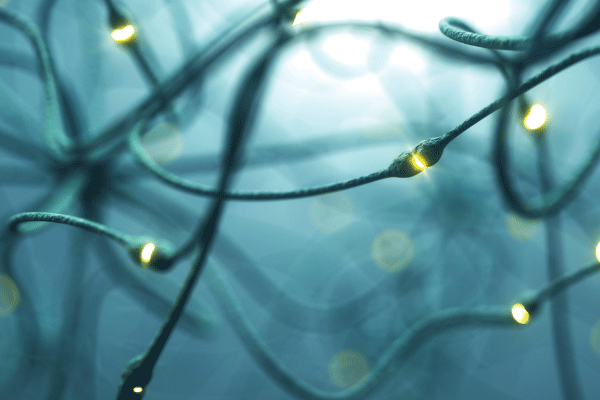 Last fall, college students and faculty in 33 countries leapfrogged generations of their peers and predecessors by going online to download animations, interactive simulations, video tutorials, and other classroom materials on cognitive electrophysiology. Through a collaborative initiative called PURSUE, these users became early adopters of a project intended to democratize and accelerate training in the fast-growing field of electroencephalography (EEG), a cognitive electrophysiology method that allows researchers to directly measure event-related potentials (ERPs) and other brain activity using an electrode cap. The results could lead to new and better applications of these techniques, which have been used for decades, to understand human behavior and create brain-computer interfaces.

2014: Bukach, by then on sabbatical, received a grant of $4,200 from the APS Fund for Teaching and Public Understanding of Psychological Science. This enabled her to meet with co-principal investigators Reed, Jane Couperus (then at Hampshire College), and Paul Kieffaber (College of William & Mary) to flesh out an initial modular course design, identify key pedagogical principles, develop a faculty survey, and identify materials that would best enhance undergraduate learning.

2015: A grant application to the National Science Foundation’s Improving Undergraduate STEM Education (IUSE) program produced review notes that helped the team clarify the project scope and develop a better assessment plan. They also developed an initial introductory lecture and animation series that they used in their own classes, providing initial assessment data for a second grant application.

2016: The revised IUSE grant application secured an initial NSF IUSE award of $600,000. Over the next 3 years, Bukach, Reed, and Couperus (Kieffaber was unable to continue by this time) developed resources, including an introductory set of modules, a database of 300 participants based on six “core experiments” developed by Steve Luck and Emily Kappenman (San Diego State University), and a “learning community” of faculty from six other institutions who attended summer workshops and helped develop and test the teaching materials.

PURSUE stands for Preparing Undergraduates for Research in STEM Using Electrophysiology. The project began with a $4,200 grant from the APS Fund for Teaching and Public Understanding of Psychological Science in 2014 and has since received two awards totaling $2.6 million from the National Science Foundation.

Launched with introductory materials last August, the PURSUE website has both learning and teaching sections and offers a range of resources by request. These include animations, simulations, and videos that clarify key concepts, along with sample syllabi, slides, curated readings, data processing labs, sample ERP data, and more. Faculty are free to adapt the materials as needed. Ongoing work involves developing and testing full-semester course materials as well as facilitating implementation through faculty training workshops, according to Cindy Bukach, the project’s principal director and an associate professor of cognitive neuroscience and the MacEldin Trawick Chair in Psychology at the University of Richmond.

The widespread use and relatively low cost of collecting EEG/ERP data makes training in this area particularly valuable, Bukach noted.

“By synchronizing experimental events to the EEG signal (a technique known as event-related potentials/ERP), we can link brain and behavior,” Bukach explained. “The millisecond precision of the EEG signal makes this method ideally suited to study the timing and organization of cognitive processes that underlie both conscious and unconscious human behavior, including thoughts, emotions, and actions.”

She also outlined the method’s practical medical and performance-enhancement applications, such as brain-computer interfaces that bypass muscle movements to control devices such as wheelchairs, prosthetics, and keyboards.

At the same time, there are relatively few training opportunities for electrophysiology, especially at the undergraduate level.

“The majority of undergraduate students get only a cursory introduction to EEG/ERP—perhaps a few slides in a cognitive neuroscience class, or a single lecture devoted to EEG/ERP,” Bukach said.

And even if they learn how to cap participants and collect data, most students lack a conceptual understanding of experimental design and the knowledge and skills to help with data analysis, which prevents them from meaningfully contributing to an EEG/ERP design.

“Collaborative course-building results in a rich and creative set of materials, increases inclusivity, spreads the workload, and is incredibly rewarding and motivating,” said PURSUE principal director Cindy Bukach. “Moreover, these relationships provide much-needed faculty support, including professional development advice, sharing best practices for remote learning, or just having a group of faculty to share the joys and frustrations of our job.”

Bukach also cited the value of including student collaborators in developing course material. “Including the target audience during development helps achieve the correct complexity level and increases student engagement. Students involved in the project reached a deep level of learning as they contemplated the best way to teach others, and they developed a wide variety of skills in a variety of domains, including neuroscience, statistical analysis, video editing, graphic design, and programming.”

“We suspected that the limited training was due to the complexity of existing training materials,” she said, adding that 86% of faculty surveyed felt there was a moderate or great need for teaching materials.

In the initial months of PURSUE’s rollout, feedback has been positive, Bukach said. Users span the globe, from Algeria to Uruguay, and included nearly 4,300 undergraduate students and 1,200 graduate students during the first semester. In feedback from original participating faculty, 100% judged the materials to be extremely or very useful. Unexpectedly, Bukach added, the materials were also put to use outside undergraduate classrooms, by users in industry, medicine, research institutions, and in at least one online high school class.

This broad user base will likely expand as new statistical tools are developed for EEG/ERP and new practical applications emerge, Bukach noted. She cited an exciting new advance involving using decoding methods on EEG/ERP data “to gain a more powerful window on neural signal interpretation.” She also anticipates a growing influence of neuroscience evidence on policy, law, and marketing and expects the open science movement to lead to more accessible data sets.

“These changes make it all the more important for undergraduates to receive high-quality training in the foundational principles of cognitive electrophysiology,” Bukach said.

Learn more about the APS Fund for Teaching and Public Understanding of Psychological Science.

Published in the print edition of the March/April issue with the headline “Capstone of a Quest.”

With the help of a grant from the APS Teaching Fund, students at University of North Carolina at Chapel Hill are learning how to gather, evaluate, and disseminate psychological science on Wikipedia’s sister site.