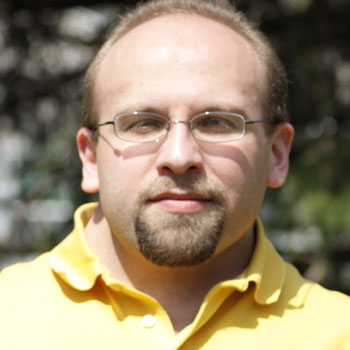 Few dispute the importance of introducing undergraduates to the methods of experimental psychology. Unfortunately, the resources aren’t always available to provide access to laboratory research opportunities. The psychology laboratory at Inver Hills Community College outside St. Paul, Minnesota opened its doors to faculty and students on August 24, 2009. Equipped with multiple pods of psychophysiology equipment, the new lab allows faculty in the psychology department to introduce students to psychological experimentation that helps to elucidate psychological science while demonstrating its application to real-life phenomena. The story of how a psychology department at a moderately-sized community college was able to orchestrate the founding of such a laboratory is one of passion, perseverance, and the importance of bidirectional respect between faculty and administrators.

With the 2007 summer break underway and my online summer courses moving along, I visited campus to put some things in order before embarking on a family trip to Alaska. Connie Manos-Andrea, a departmental colleague and my unofficial mentor, happened to be on campus that day and noticed me through a window. She came to say hello and our conversation turned to her experience at a recent NSF-sponsored Project Kaleidoscope workshop at one of our sister colleges. Manos-Andrea explained that the workshop, which was co-led by Howard Thorsheim (St. Olaf College) and Robert Gephart (Itasca Community College), had provided training in the implementation of psychophysiological laboratory equipment in undergraduate psychology courses. Familiar with my own interests in mind-body medicine, my colleague also mentioned that she had informed the workshop directors to expect my application to attend the second iteration of the workshop scheduled for later that summer.

I remain indebted to Manos-Andrea, as that workshop proved quite influential in my thinking about undergraduate psychology education. For example, many of the presentations focused on the notion of teaching psychological science in a “lean and lab-rich” manner. This is an approach that resonated strongly with my own philosophy of teaching. In addition, each workshop participant was sent home with a basic set of psychophysiology equipment and a preliminary laboratory curriculum, which we were encouraged to adapt to our specific needs. The result of this summer experience was that my colleague and I possessed the potential foundation for a psychology laboratory at Inver Hills. All that remained to be obtained was additional equipment, a dedicated space on campus in which to locate the laboratory, and funding at 20 times our annual departmental budget.

Armed with an expanded knowledge set and the requisite laboratory equipment to apply it, I introduced psychophysiology laboratory exercises in my sections of general psychology at the start of that fall semester. Having only the equipment from the workshop and a lack of dedicated space on campus, I did what I could to bootstrap experiments into a revised general psychology syllabus that could include hands-on laboratory work complementary to lectures and discussions. For four semesters, I refined my laboratory skills via trial and error; the students proved quite indulgent. Technical obstacles were initially common. Yet, students regularly commented at the end of semesters how much they enjoyed the time they spent on their laboratory work. Often it was the students who most struggled with the conceptual aspects of the laboratory exercises who expressed the greatest excitement.

Shortly after I began efforts to bring psychophysiological laboratory activities to my students, the Inver Hills psychology department began a serious discussion about establishing a laboratory. Our then-new dean, Anne Johnson, worked with us over the course of a few semesters to secure a permanent space on campus, and she helped us navigate the complex waters of campus cost centers toward the purchase of additional laboratory equipment and furniture. Even at a time when the national economy was suffering, the administration was supportive of the psychology lab. Now in its second semester, the lab remains very much in a nascent stage of development.

It currently consists of four laptop-based psychophysiology pods capable of electromyography, electrooculography, electrocardiography, electroencephalography, operantly conditioning virtual rats, and accessing online resources as they are identified. A fifth laptop sits ready in the psychology lab, as funding is sought to purchase additional equipment.

It is a goal of the psychology department to nurture the robustness of the lab over the next three years to the point that it can function much as a departmental nexus. This will include introducing a general psychology with laboratory course to campus, adding a small laboratory library, and increasingly utilizing the lab as a departmental focal point for students. As more members of the department become familiar with the technologies in the lab, perhaps we shall see its informal and sometimes spontaneous inclusion to the broad range of psychology courses we offer at Inver Hills.

In retrospect, the successful founding of the Inver Hills Community College Psychology Laboratory was the result of at least three interacting elements. First, the psychology department at Inver Hills is notable for its collegiality. When a junior member of the department first suggested that we might consider moving in the direction of a laboratory, the suggestion was met with an appropriate degree of skepticism balanced by an enthusiasm for psychological science and student learning. Second, we in the psychology department share a conviction that students attending a state community college have a right to expect a level of academics no less rigorous than they would experience at any other four-year college or university, albeit one complemented by a sensitivity toward individual student needs. Finally, the administrators at Inver Hills are professionals who are regularly willing to lend an ear toward the suggestions of professors and departments. The founding of the psychology lab would quite simply have been impossible were it not for the support of Dean Johnson.

As the psychology department continues to expand the psychology lab, we are mindful that its fundamental purpose is to provide undergraduate students with laboratory-based experiences that will translate into a relevant skill set for potential psychology majors, but that it also encourages the development of improved critical thinking across a broad spectrum of students. A majority of Inver Hills students eventually transfer to four-year degree programs. The psychology department teaches approximately one-third of Inver Hills students any given semester. As the psychology lab becomes increasingly integrated in the department and on campus, an increasing number of students will be better prepared to embark on the next step of their academic journey with a keener understanding of psychological science and the application of critical thinking to the world in which they live. ♦

I am currently looking for a totally virtual psychology lab to accompany the internet version of our Research Methods and Applications course at the Community College of Allegheny County in Pittsburgh, PA. Any ideas or recommendations are welcome.

This is very interesting to me. I believe it is very beneficial. I am a very enthusiastic person and this gives me ambition to continue my academic career in psychology. As an undergraduate, I see it as a great opportunity to have hands on learning experiences given the chance to use the equipment.

I found this educative as am trying to assist in developing my department laboratory.

Jason Kaufman is an instructor of psychology at Inver Hills Community College in Inver Grove Heights, MN, where he enjoys sharing his passion for learning with his students. His research interests focus primarily on the role of mind-body medicine to effect healing and on the psychological characteristics of online students and student veterans.

Sarah Gaither shares how her experiences as a biracial individual have informed her psychological research on identity.

Going Global With Your PhD

One way to take advantage of graduate school is to study abroad, where you can find new scientific perspectives and research methods as well as improve your career options.