Observer > 2014 > July/August > Both Ends of the Developmental Continuum 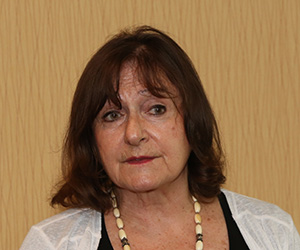 Most people carry two copies of chromosome 21, but people with Down syndrome carry three copies. This chromosome is the location of the amyloid precursor protein (APP), which produces the beta-amyloid plaques associated with Alzheimer’s disease.

“What protects someone, despite the brain pathology, from going on to develop dementia? It’s a challenge that we need to understand and could inform Alzheimer’s risk and protective factors in the general population,” Karmiloff-Smith said. To do so, she and her colleagues are closely monitoring the development of a group of infants with Down syndrome between 6 and 60 months of age and comparing them to Down syndrome adults with or without Alzheimer’s.

“The only way to understand a phenotypic endpoint is to study it through developmental time,” Karmiloff-Smith said. She hopes that individual differences in the study cohort will provide clues about the factors that protect some individuals from Alzheimer’s disease and make others vulnerable to it.

Observer > 2014 > July/August > Both Ends of the Developmental Continuum