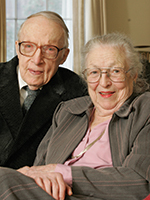 One of psychological science’s most historic sites has dual legacies: It was the home of the field’s foremost figure and — decades later — the birthplace of one of its leading empirical journals. 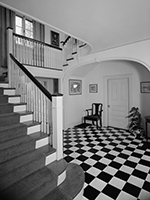 William James moved into the stately home at 95 Irving Street in Cambridge, Massachusetts, in 1889, just as he was completing his formative work Principles of Psychology. He continued his prolific writings in his new home, where he resided until his death in 1910. Members of James’s family continued to occupy the house long after his death, but his grandson sold it to the President of Fellows of Harvard College in 1968.

Enter  William (Bill) and Katherine (Kay) Estes. The couple purchased the home in 1981, where within the decade they would begin work on what would become APS’s flagship publication. 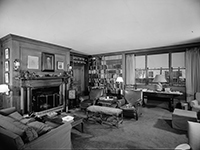 Bill Estes was the founding editor of Psychological Science and Kay its managing editor. Bill edited the first issue in the same corner of the house where James penned many of his works. The journal debuted in 1990. 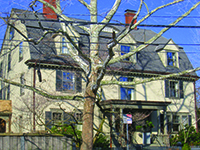 A pioneering figure in empirical psychology, Bill Estes made the James home an educational resource, hosting students and talking with them about James and the rich history of the house.

Bill and Kay passed away within months of each other in 2011, but their former home remains a landmark.

A Brief History of Psychological Science

The Observer concludes a year-long series celebrating a quarter-century of the journal Psychological Science by taking a look back at the last 25 years of the journal, including leadership, special sections, and ongoing updates to

Much Ado About Titles

Throughout the 25-year history of APS’s flagship journal, its contributors have borrowed heavily from literature, film, theater, and popular music to develop compelling titles for their research articles. In this installment of a special series

1990: An Inaugural Year, a Centennial Year

Psychological Science’s (PS’s) first year of existence coincided with another critical milestone in the field’s history — the centennial of the publication of William James’s Principles of Psychology. James’s seminal textbook held particular significance for