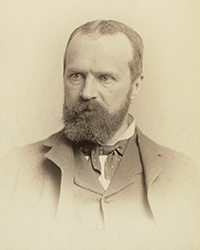 Psychological Science’s (PS’s) first year of existence coincided with another critical milestone in the field’s history — the centennial of the publication of William James’s Principles of Psychology.

To mark that 100th anniversary, Estes invited a number of influential psychological scientists to contribute a collection of articles to the May 1990 issue of PS. The resulting seven articles covered themes representing some of the most frequently cited chapters in Principles, in which the authors discussed both the foundational strengths and the limitations of James’s work. The contributors, all of whom became APS Fellows in subsequent years, also pointed out advances in research and theory from 1890 through 1990.

In an introduction to the collection, Estes posed the following question, then proceeded to answer it.

“What accounts for the extraordinary continuing influence of this book in a field where most are dated almost before the ink is dry? I will suggest a three-part answer.

The PS collection not only marked a commemoration but also set the stage for the growth of what became the leading peer-reviewed journal covering the entire spectrum of the science of psychology.

Below are short excerpts from the articles in the collection. 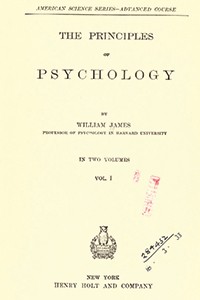 This article reports one psychologist’s travels through the Principles. … The journey had its low and high points: The methodology encountered was hardly worth the trip. The exciting moments were the views of correspondences between James’ insights and what we know today.

William James on Sensation and Perception

[I]t is hard to see on the surface any more in James’ treatment of sensation and perception than intelligent and well-informed commentary. Aside from the “blooming, buzzing confusion” with which this article began, contemporary writers and researchers on the topics of sensation and perception rarely cite James’ ideas or even terminology as seminal for their own work — by contrast with his still very much alive-and-well assertions about emotion.

James’ treatment of consciousness in hypnosis presages contemporary interests in dissociation and implicit cognition, and underscores the role of the self in conscious mental life. At the same time, James recognized the complexity of hypnosis as an interpersonal process. 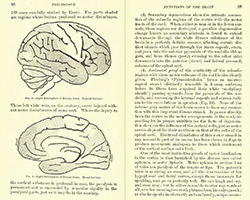 William James and the Construction of Emotion

William James wrote the introduction to 20th century psychology in general and to the psychology of emotion in particular. It was in part the first constructivist psychology, attempting to understand the processes that generate and construct behavior and conscious experiences.

On Splitting the Universe

Although many aspects of James’ theorizing about the self have been enormously influential, his notion of the self as the central object in mental life has been largely ignored. He believed that the fundamental psychological processes — attention, perception, emotion, conception, reasoning, will, consciousness — could not be understood without an appreciation of the nature and functioning of the self.

[James] raises, and returns repeatedly to, the question of whether humans have reasoning abilities that other species do not have, and, if so, what they might be. In his reflections on and around this question, one finds an abundance of ideas that are as stimulating and timely as when they were originally put on paper, as well as the foreshadowing — perhaps, in some cases, the origination — of what would become major themes in the subsequent study of human cognition.

The Neurobiology of Learning and Memory: William James in Retrospect

William James did much to set the stage for psychobiology. Beyond insisting that brain structures and processes must be the basis of explanations of mental phenomena, he expressed ideas about brain localization and plasticity in neural networks that foreshadowed many aspects of current neurobiology of learning and even connectionist theory. 