Observer > 2012 > March > Behavioral Science at the Speed of Light

Scientists have long studied the brain as a way of connecting mind to behavior, of linking a person’s inner life to the outer world. And they have used many different methods to explore this connection, including lesion studies and neuroimaging. But even sophisticated tools like transcranial magnetic stimulation (TMS) and functional magnetic resonance imaging (fMRI) are somewhat blunt instruments when it comes to understanding just how the goings-on in the brain contribute to our ability to think, feel, and act. But now an emerging field called optogenetics is providing researchers with an unprecedented opportunity to control brain cells with the push of a button.

The Power of Light 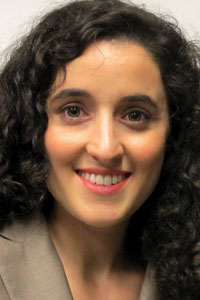 In the mid 2000s, Karl Deisseroth, a neuroscientist at Stanford University, and Ed Boyden, one of Deisseroth’s graduate students at the time, discovered that certain algae could be used as a way to turn brain cells on and off. Specific algae, they noted, are photoreceptive and are able to convert incoming light into electricity. Boyden and Deisseroth figured that if these photoreceptive properties could somehow be integrated into neurons, then the neurons themselves could be stimulated with light.

The researchers isolated the DNA that coded for these photoreceptive properties, and they were able to transfer those genes into rat neurons. Once inserted, the genes started producing opsins, proteins that can turn light into electricity and, when exposed to the right kind of light, the neurons began to fire (Boyden et al., 2005).

By harnessing the power of these opsins, Boyden and Deisseroth had successfully developed a tool that allowed them precise control over the firing of neurons.

To Boyden, now a professor at the Massachusetts Institute of Technology with cross-departmental appointments in biological engineering as well as brain and cognitive sciences, optogenetics opens up an entirely new avenue for studying the brain. “The brain is an incredibly densely wired computational circuit, made out of an enormous number of interconnected cells…it is difficult to analyze how these different classes of neurons work together in the intact brain to mediate the complex computations that support sensation, emotion, decisions, and movements,” he says. With optogenetics, researchers now have the ability to make neurons light controllable without affecting the functioning of neighboring neurons — we can “determine the role that that type of neuron plays in the computations and functions of the brain.” 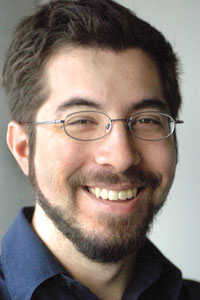 Optogenetics not only allows scientists to target specific cell types, says Ilana Witten, a post-doctoral researcher in Karl Deisseroth’s lab at Stanford, it also allows for a more precise timescale. Previous methods, like electrical stimulation, “indiscriminately impact all cells near the electrode tip,” she observes, “while pharmacological techniques can be targeted for cell types, but have very slow temporal resolution.” In other words, drugs can be used to change the activity of specific neurons, but the changes won’t happen in real time. Because optogenetics allows researchers to target specific cells in real time, Witten says, “we can gain new insight into the neural underpinnings of virtually any behavior.”

An Arsenal of Opsins

Neuroscientists have rapidly adopted optogenetics as a critical tool for understanding the basic science of brain function. With a combination of special hardware and software, they can set up fiber optic cables to deliver light with a precise wavelength to specific areas of a mouse’s brain at precise times. Furthermore, since Boyden and Deisseroth’s first optogenetics study in mammals was published, optogenetics researchers have found additional opsins in bacteria, fungi and other micoorganisms.

Channelrhodopsin, the opsin Boyden and Deisseroth isolated from algae in their first study, can be used to stimulate neurons. But other opsins, such as halorhodopsin and archaerhodopsin, have the opposite effect and deactivate, or silence, neurons instead. To illustrate exactly what this means for the field, Boyden notes that researchers have used these tools to demonstrate that silencing a small cluster of neurons in the hypothalamus of living mice causes them to fall asleep, while activating these neurons causes the mice to wake up.

Perhaps the most important use of optogenetics is in its application to understanding disease and disorder. Armed with this arsenal of different opsins, scientists can better pinpoint the types of neurons that might be responsible for driving pathological processes in the brain. As part of her post-doctoral work, Witten is trying to figure out how to use optogenetic approaches to counteract brain changes that are characteristic of addiction (e.g., Witten et al., 2010). And research teams around the world are using optogenetics to study a variety of other disease processes including Parkinson’s, depression, and anxiety.

Boyden also believes that the precision of optogenetics can help researchers identify specific drug targets that could be used to treat a variety of disorders, including behavioral ones. For example, drugs that selectively modulate that cluster of neurons in the hypothalamus could potentially be used to treat sleep disorders.

The Future of Optogenetics is Bright 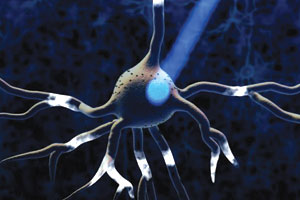 In less than a decade, optogenetics has revolutionized neuroscientific approaches to studying brain function. But simply being able to control neurons is far from the whole story. Both Witten and Boyden note that being able to observe and record those neurons is equally important. “We need equally precise and fast ways to observe neural activity in normal and diseased brains,” says Witten. It is no surprise, then, that Boyden’s group at MIT is now heavily focused on developing tools for neural recording.

Boyden and his team now find themselves in the vanguard of an area of research that is rapidly evolving. The field of neuroscience is now at a point where being able to tackle the big challenges of understanding the brain will require diverse sets of skills and sources of knowledge. Boyden, who himself has a background in both neuroscience and engineering, is collaborating with experts across technology domains and problem domains as they attempt to address these big challenges. Together, Boyden and his collaborators continue to work on a number of different technologies for “perturbing and observing neural circuits,” including hardware that will allow for three-dimensional light delivery into the brain. This hardware will enable scientists to use more complex fiber optic arrays in optogenetics research.

To date, optogenetics research has been limited to rodent models, but the promise of clinical applications in humans still looms large. Excited by its potential contributions to both basic and applied neuroscience, Witten acknowledges that optogenetics is “very widely accepted to be a powerful approach.” But she also urges caution: Just like any other technique, “it needs to be applied thoughtfully to lead to meaningful and interesting results.”

Observer > 2012 > March > Behavioral Science at the Speed of Light

Anna Mikulak is a Public Affairs Coordinator at APS and a doctoral candidate in the Department of Psychology at Georgetown University. Throughout her graduate studies, she has pursued research that combines her interests in developmental science, policy, and science communication. Her dissertation will examine the various factors that influence people's attitudes toward, and decision-making about, vaccination. Anna can be contacted at amikulak@psychologicalscience.org.