With observations from the fields of cultural anthropology, philosophy, and, yes, psychological science, he got them. In this symposium, four scholars analyzed diversity in science and explored the ways in which the nature of science may depend on who is doing it.

Stanford University professor of philosophy Helen E. Longino acknowledged that her greatest interest was the impact of diversity on the quality of knowledge. Put simply, free and open inquiry that expands the limits of knowledge can only occur when old culturally and socially prescribed assumptions are jettisoned. Fresh perspectives from new participants asking unexpected, provocative questions must find their way into scientific inquiry.

Helen E. Longino discusses the philosophical underpinnings of knowledge and its constraints.

“There must not just be tolerance of criticism,” she said. “Not just tolerance at all, but engagement with the criticism.”

By actually engaging the critics, views that might have been discarded are no longer marginalized, inquiry broadens, and an important, unexpected, and diverse perspective asserts itself.

“The viewpoint of diversity of the cultural or moral sort is what I will be getting into today,” said University of Chicago cultural anthropologist Richard A. Shweder. “Imagination, creative intelligence, and disciplined inquiry are not bound by status. You don’t have to be a male to understand men.” In a talk that ranged from the 16th century French philosopher Michel de Montaigne to the temple town of Bhubaneswar in India, Shweder explored the intricacies of moral relativism, ethnocentrism, and the limitations of perception. 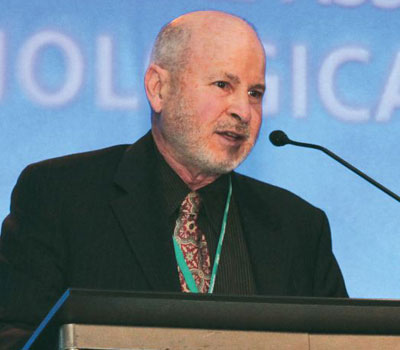 Status does not restrict imagination, creative intelligence, and inquiry, says Richard A. Shweder.

Margaret Beale Spencer, University of Chicago, challenged “stagnant science” when she explained how systems theory and mixed-method approaches led to much more nuanced and grounded portrayals of human development for diverse communities.

“In many respects, the question posed about the ownership of science is critical,” said Spencer, the Marshall Field IV Professor of Urban Education. “Too frequently information generated by scientific endeavors is framed by unacknowledged stereotypes.”

Spencer described the early stages of her groundbreaking research in framing assumptions with children and racial stereotypes. In one part of her dissertation research, she presented Black and White children with cards that showed two people or two animals denoted only by color and would say, “Here are two girls. One is a good girl. Which one would you say is the good girl?” During the first phase, the children in each group selected the White images 70 to 80 percent of the time. In the second phase, 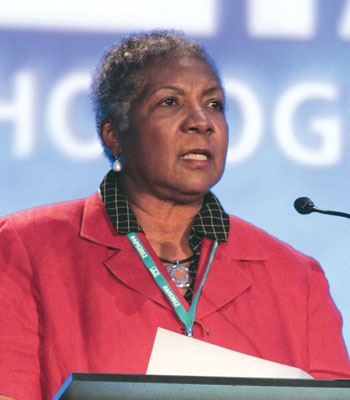 She said that they “trained the children that all things bad were White and all things good were Black, using incentives to reinforce the new learning.” Children responded with ease to the concept — but when presenting the findings to some of her fellow graduate students and colleagues, their own discomfort with the concept further underscored the depth of the framing assumptions.

“There must be a reciprocal science-society relationship,” she said. “One that should harbor a commitment to the truth so as to invite a psychosocial evaluation of who we are.”

Megan Bang, an assistant professor of educational psychology at the University of Washington College of Education, demonstrated the importance of working with different populations with examples of her work with Native American communities. 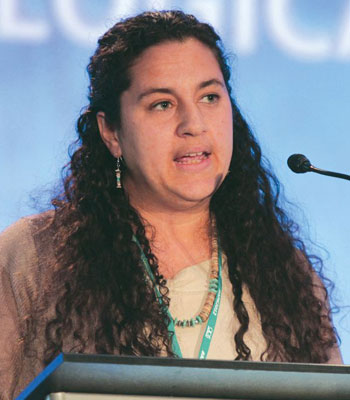 How do perceptions of nature and culture compare in Native American communities and European communities? How do those perceptions change when those groups live in urban and rural settings?

“We sought to explore how the organization of knowledge impacts reasoning in these communities,” she said.

Consider the conversation of a child with an adult while playing with toy animals.

For a European child, a discussion about an eagle seeking food led to a discussion of the food chain: The eagle eats a fish, a fish eats a worm. The conversation between a Native American child and a parent about the same eagle seeking food proceeds in an entirely different direction. The eagle eats a fish, but what other animals eat fish? Turtles, for example, and bears.

The conversation is a window into a whole world. In addition to “culturally relevant instructional paradigms that can be used in science education,” as Bang said, there are also implications for the entire nature of scientific inquiry.

Perhaps the simplest answer to APS President Medin’s question might have come from his own wife. He recounted a visit to Washington, DC, in which he and his wife went to the Smithsonian Institution. Marveling at the richness of the museum’s holdings, he exclaimed, “Isn’t it great that it is free?”

She replied, “The museum belongs to us.”

And in the end, so does science.