Observer > 2014 > December > APS Fellows Recognized for Their Impact on Students, Community at Large

APS Fellows Randall Engle and Laurence Steinberg have been selected as recipients of the 2014 Elizabeth Hurlock Beckman Award for “inspiring a former student to make a difference in his or her community.” 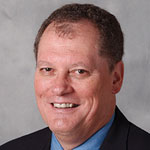 Randall W. Engle, Professor of Psychology at Georgia Institute of Technology, is a renowned expert on the science of working memory and attention, and the interaction between the two.

Engle is the editor of the APS journal Current Directions in Psychological Science and will be a speaker at the 2015 APS Annual Convention in New York City. 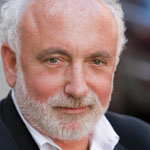 Laurence Steinberg, Distinguished University Professor and the Laura H. Carnell Professor of Psychology at Temple University, is one of the world’s leading experts on adolescent development.

Steinberg’s research has investigated diverse aspects of adolescence, including brain development, risk taking and decision making, and juvenile justice. Steinberg has served as a consultant to many state and federal agencies and lawmakers on policy issues related to adolescents and has also provided expert testimony in legal cases involving adolescent brain and behavioral development. He is also the author of a newly published book, Age of Opportunity: Lessons From the New Science of Adolescence.

The Elizabeth Hurlock Beckman Award, which includes a cash award of $25,000, was given to ten recipients in 2014. The award was established by Gail McKnight Beckman in honor of her mother, Dr. Elizabeth Hurlock Beckman. Dr. Beckman was a pioneer in developmental psychological science, publishing several textbooks, and was one of the first female professors of psychology at Columbia University.

The award is intended to recognize those faculty members whose students have benefited the community at large, whether through the work of a particular organization or through the dissemination of a specific idea, procedure, or movement.

Since its inception, the award has been given to many APS members:

Observer > 2014 > December > APS Fellows Recognized for Their Impact on Students, Community at Large