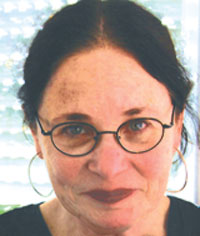 APS Fellow and Charter Member Judith Kroll, Director of The Center for Language Science, at Pennsylvania State University, has received a five-year, $2.8 million grant from the National Science Foundation (NSF). Kroll, together with Co-PIs Paola Dussias, Ping Li, and Janet van Hell, will lead a team of domestic and international researchers to study and understand what goes on in the minds and brains of bilingual speakers when individuals first learn and then actively use two languages.

Kroll’s research examines the cognitive processes that support the acquisition and proficient use of a second language. “Until recently, research on language processing and its cognitive basis assumed that monolingual speakers were the model subjects of study,” she says. “In the past two decades, this situation has changed with the realization that bilingualism is not an exceptional feature of a small group of language users but a common state of affairs in many places in the world.” These comments are excerpted from Kroll’s editorial in the APS journal Psychological Science in the Public Interest (Vol. 10, No.3), entitled “The Consequences of Bilingualism for the Mind and the Brain.”

The PSPI report has received enormous national and international media coverage, with significant attention to the potential advantages for bilinguals in attention and cognitive control, as well as the preliminary evidence suggesting protection of bilinguals against Alzheimer’s, findings that have important clinical, policy and education implications.