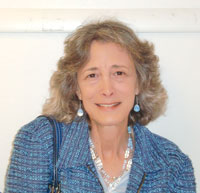 If you’re watching a horror movie and it gets too scary, there’s an easy way to deal with it: Cover your eyes. It’s an example of how to regulate your emotions. In her Award Address at the APS 23rd Annual Convention, Nancy Eisenberg, of Arizona State University, talked about how she came to study emotional regulation and what she has learned. She was the recipient of the William James Fellow Award for her lifetime of significant intellectual contributions to psychological science. In Eisenberg’s case, many of those contributions have been in understanding emotional regulation in children.

Eisenberg was in college in the late 1960s and early 1970s, the era of the civil rights movement and student protests against the Vietnam War. This got her interested in humanitarian political attitudes, which led her to think about when and why people help each other. For her master’s degree, she studied moral dilemmas, in which one person’s needs conflict with another person’s needs. But, she says, “I became discouraged. I felt this was such a small piece of the picture.”

She realized that the ability to consider someone else’s needs is related to empathy. Through her work, she concluded that emotional regulation was key to understanding how people act on empathy. “More regulated people are more likely to experience sympathy and to help, and less likely to experience personal distress and to back away.”

For much of her career, Eisenberg has studied emotional regulation in children. “Twenty years ago there was very little literature on this,” she says. “That’s changed dramatically. It’s a huge topic now in developmental psychology and clinical psychology.” She described several experiments. In one, a child is shown some wonderful treat, like a piece of candy, under a clear plastic cup. Then the child is told he or she can’t take it until the experimenter rings the bell. The experimenter picks up the bell and holds it for a set period of time, to see how long the child can hold out.

Based on these experiments and longitudinal studies in which she has followed up with children over several years, Eisenberg divides children into three groups. Some are highly inhibited. They have difficulty getting themselves to join a group; they’re the kind of children who are afraid of a new toy that makes noise. These children are prone to anxiety and depression later.

Another group of children is undercontrolled. If you hook one of these children up to some physiological machines, tell the child not to pull on the wires, and leave him or her alone in a room, the child will pull on the wires. These children often have behavior problems, acting out at home or at school. “This was an extremely consistent pattern,” Eisenberg says.

The third group of kids is optimally regulated. They can turn control on and off, interacting with the world when appropriate and holding back at other times. These children are expected to be well adjusted and socially competent.

Of course, everyone wants their kids to be in the third group. Eisenberg is developing interventions that can be used to teach children to take better care of themselves. So far, she and her colleagues haven’t done very well at affecting emotional regulation itself, she says. But they are able to help children do better in school, understand emotions better, and like school more. With that work, and new genetic studies that are linking dopamine and serotonin genes to control, Eisenberg hopes to continue helping children in the future.