Observer > 2015 > March > Anger Linked With Better Health in Some Cultures 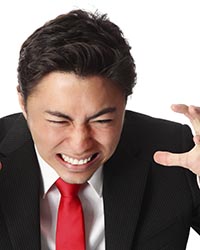 “Many of us in Western societies naively believe that anger is bad for health, and beliefs like these appear to be bolstered by recent scientific findings,” says APS Fellow Shinobu Kitayama of the University of Michigan. But a recent Psychological Science study led by Kitayama suggests that “the truism linking anger to ill health may be valid only within the cultural boundary of the ‘West,’ where anger functions as an index of frustration, poverty, low status, and everything else that potentially compromises health.”

In other words, it’s the circumstances that elicit anger, and not anger itself, that seem to be bad for health. In previous work, Kitayama and colleagues found that anger can function as a signal of high status and privilege in Asia. Accordingly, they hypothesized that greater expression of anger might be associated with better health among Asian participants. To explore the link, the researchers examined data from American participants drawn from the Midlife in the United States (MIDUS) survey and data from Japanese participants drawn from the Midlife in Japan (MIDJA) survey.

The researchers measured health through biomarkers for inflammation and cardiovascular functioning, both of which have been linked to anger expression in previous research. The combination of these two factors served as a measure of overall biological health risk.

The data revealed that greater anger expression was associated with increased biological health risk among American participants, as previous studies have shown, but with reduced biological health risk among Japanese participants. And the association was not explained by other potentially related factors — such as age, gender, chronic health conditions, smoking and alcohol consumption, social status, and experience of negative emotions more generally.

Together, these findings suggest that the link between anger expression and health reflects different experiences across cultural contexts.

Observer > 2015 > March > Anger Linked With Better Health in Some Cultures